Marquez had Austin crash on his mind at the Sachsenring

Reigning MotoGP champion Marc Marquez admits his relatively small winning margin at the Sachsenring was down to him being conscious of avoiding a repeat of his Austin crash. 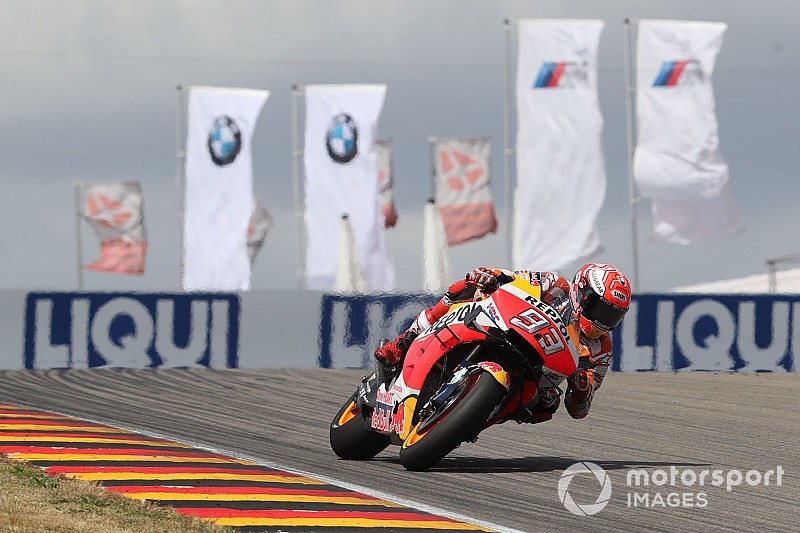 Marquez romped to his fifth victory of the 2019 campaign in Sunday's German Grand Prix with some 4.5 seconds in hand over second-placed Maverick Vinales after Suzuki's Alex Rins crashed out of the runner-up spot.

It marked his 10th successive victory at the Sachsenring, preserving his perfect record at the Saxony venue in the premier class.

Speaking post-race, Marquez admitted he was simply focussed on managing the gap once he had put three seconds between himself and his pursuers, wary of the crash that cost him victory at Austin - another track where he had never been beaten - earlier in the year.

"The plan was there and I followed my plan," said Marquez. "The plan was to lead the race from the beginning to the end, try to just warm the tyres first two laps and then push on the third lap, which is what I did, exactly what I planned with the team.

"I pushed more or less 10 laps, then just I tried to save the tyres for 10 laps and then the last 10 laps… it’s true I had more, but in the end Austin was in my head, and I say it doesn’t matter.

Marquez's victory comes after he finished second behind Vinales at Assen, a track where the Honda rider admitted he was not focussed on trying to win.

"In Assen the best bike to win was Yamaha, here it was Honda," he added. "I felt really good with the bike and I just take that profit.

"The good thing is when we struggle we are there; when we have that small advantage and when we feel good, we can win the race in this way."

Marquez's latest victory puts him 58 points ahead of nearest title rival Andrea Dovizioso in the championship heading into the summer break, as the Italian could do no better than fifth.

"I knew it was a good circuit for me, I counted on winning and Dovi finishing third or worse, which is why I said [I was aiming for] 50 points [advantage] on Thursday," said Marquez.

"58 points is a good margin, but there is still more than half the championship to go. Now it's time to rest but also to think about the second half of the season, which won't be easy." 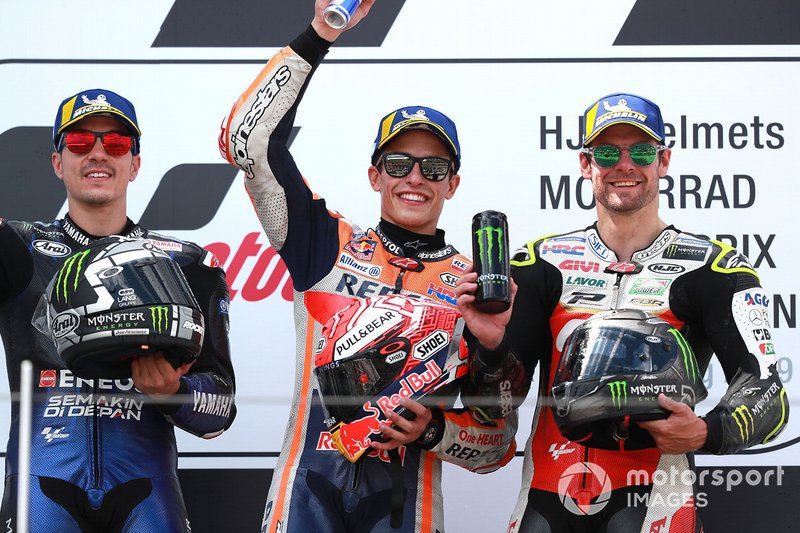