Fresh from winning the Jerez race on Sunday, Marquez tried the bike raced by HRC test rider Stefan Bradl, which features some carbon-coated chassis elements designed to save weight and gain flexibility.

The reigning champion used this bike to set his best laptime of the test, ending up seventh fastest – 0.881 seconds off the pace of Spanish GP poleman Fabio Quartararo on the Petronas Yamaha.

While saying there were no immediate plans to race the carbon bike himself, Marquez said that he was able to provide similar feedback to Honda to Bradl.

“I did the best laptime with Bradl’s bike, it was another bike,” he said. “I just tried one run to understand with the used tyre, one run with a new tyre.

“It was positive because we understood many things, it was just to give the first comment from HRC.

“It was different, some positives, some negatives. But most important was my comment was exactly the same as Bradl’s comments. He will keep testing and improving, trying new items.

“It’s important you have the same comment, the same feeling as the test rider.” 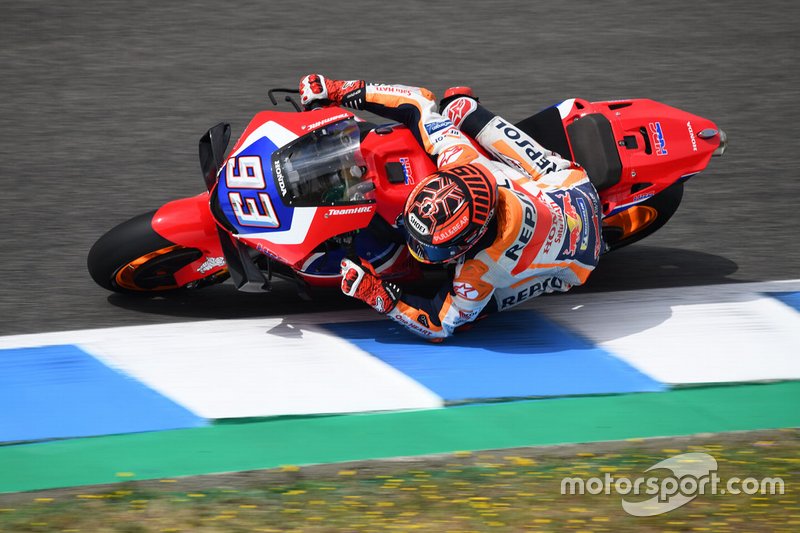 Asked specifically what we was looking for with the new bike, Marquez replied: “We’re working on the front confidence. You gain some things, you lose on other things, so always you compromise.

“We are working always. In MotoGP, now when a new bike arrives, just arrives a new engine. The other things are constantly [changing], they are working every day, trying to find a few things.”

Marquez said ahead of the Jerez weekend that he felt Honda had already understood what went wrong when he crashed out of a comfortable lead in the preceding race at the Circuit of the Americas, pointing to an issue with engine braking with the 2019-spec Honda motor.

The Spaniard said his focus with his regular Repsol-liveried bike during the post-race test was finding further improvements in this area.

“On my current bike, I was working a lot on the entry of the corner, in that area of engine brake,” said Marquez. “That is where we had more problems in the first three races and here I say already [on Sunday] we improved a lot, but still some weak points, so we work there.

“We found something that was interesting and then just another couple of things for the future.” 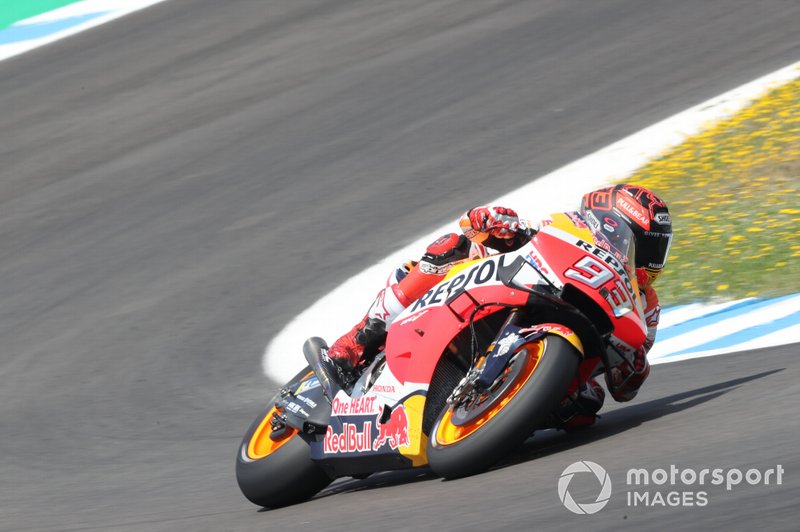