Marc Marquez has praised Fabio Quartararo's performances so far in his rookie MotoGP season, but warned that the Frenchman is not yet facing "real pressure" to perform.

Petronas SRT rider Quartararo has been the only rider apart from Marquez to score multiple pole positions in 2019, and he has finished twice on the podium in his first nine MotoGP races.

Marquez reckons that it is Quartararo among the Yamaha riders who has been able to "show the real potential" of the M1 bike.

However, he said the 20-year-old has been helped by having no expectations on him for his rookie season, a situation that will change in the coming years.

"I think is a great surprise for MotoGP and not [great] for his opponents," joked Marquez.

"When I rode the MotoGP in the beginning [in 2013], I was there. Maybe he struggled more in the pre-season but then every race he is coming better.

"Looks like Quartararo is riding Yamaha in a good way and he is showing the real potential of the bike.

"Since he arrived in MotoGP, he is managing well the pressure. Is true that is not the same thing to ride the bike like I ride in 2013 [as a rookie] and ride when you have the pressure.

"In the first year in MotoGP, you don't have real pressure because all the results are good.

Cal Crutchlow echoed Marquez's sentiments, but added that Quartararo has also been helped by having an easier bike to ride than his rookie rivals.

"I am glad I was correct because when I was asked at the start of the year about Bagnaia breaking the lap record in Sepang [pre-season testing] I said he'll get hammered by Quartararo and he will be the fastest rookie," said Crutchlow.

"I know he is a huge talent, I think he is very good, you have to give him great credit, he is riding amazing. He had some pole positions, he had a podium now, then another podium, he is riding on the crest of the wave of being fast.

"Not to put it down on the situation, at all, because he is riding amazing, but you put him on another bike he is not gonna be there. Maybe on a Suzuki he's gonna be there but everything else, is gonna be a lot more trouble."

Crutchlow added that it will be crucial for Quartararo to stay strong next year when he will need to deal with new circumstances.

"He is just riding fast, he doesn't care what happens, he just does it at the moment. When he starts to worry about settings, games other people play, worry about tyres, I think it becomes a lot more difficult, as you see from the others riders in his manufacturer sometimes.

"But all credit to him, he is a great kid, really nice guy and huge talent for the future." 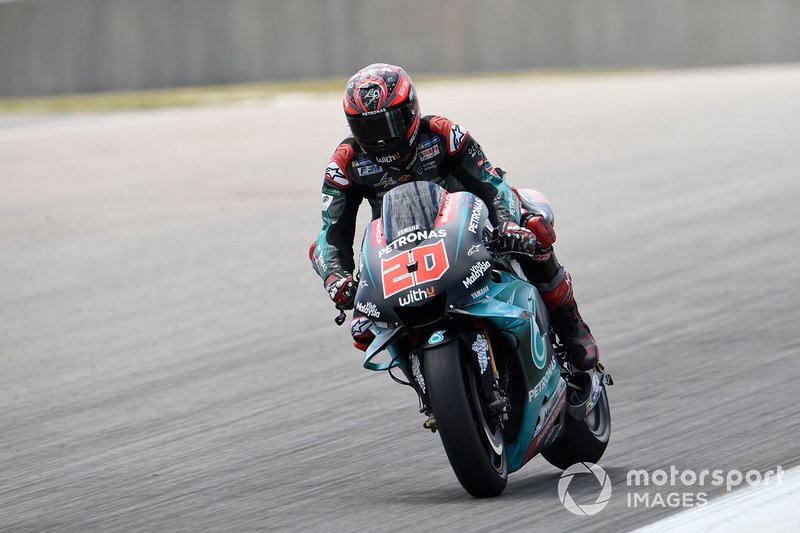 Why Rossi is no longer Yamaha's future