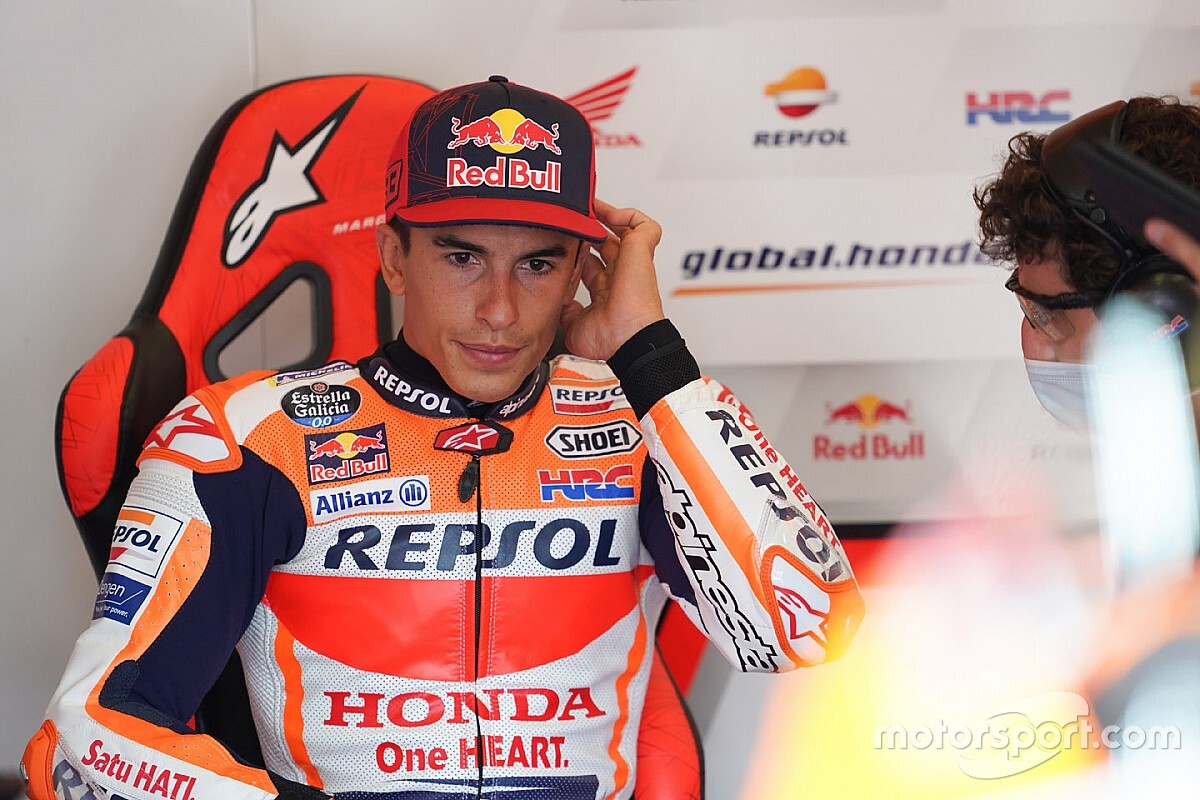 Honda has announced that Stefan Bradl will replace Marc Marquez in this weekend's MotoGP Austrian Grand Prix, but hasn't ruled out the champion returning for the second Red Bull Ring race.

Marquez broke his arm in a heavy crash during the Spanish GP at Jerez last month, which required an operation on the Tuesday after the race.

He tried to return for the Andlausian GP just a few days later, but had to abandon that after qualifying owing to increased swelling in his arm.

The stress of trying to be ready for that round weakened the titanium plate in his arm, and last Monday he underwent a second operation when he broke the plate opening a window at home.

The surgery was successful, but ruled him out of the Czech GP and was expected to keep him sidelined for the Austrian GP this weekend - which Honda boss Alberto Puig has now confirmed, though a return to the second Red Bull Ring race hasn't been ruled out.

"We will have Bradl again this week in Austria on a different track such as the Red Bull Ring," Puig said.

"We hope Alex [Marquez] will continue his growth, developing as a rider and taking steps forward.

"He has to understand the bike better and especially the tyres; he continues finding some problems to adapt to the new compounds, which makes things more difficult afterwards.

"With Stefan, we will assess in the coming days if we continue to test some new parts or what is the strategy that we prepare for this weekend from the point of view technical."

Both Repsol Honda riders qualified on the back row of the grid, and with both LCR riders of Cal Crutchlow and Takaaki Nakagami 12th and 17th. It marked the first time in the MotoGP era no Honda rider qualified inside the top 10.

Bradl concluded his first race since last year's Austrian GP out of the points in 18th, while teammate Alex Marquez managed to secure one point in 15th.