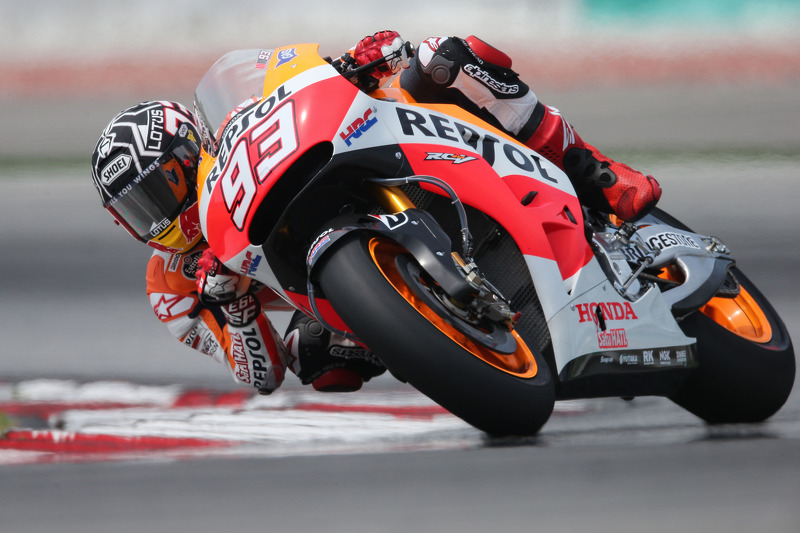 The world of MotoGP roared back into life ahead of the 2014 season with the first winter test getting underway today at the Sepang International Circuit in Malaysia and picking up where he left off in 2013, Marc Marquez topped the time sheets by over half a second.

The morning session saw the riders reacquainting themselves with their 2013 machines before switching to 2014 machinery with this pattern continuing throughout the day with the teams determined to gather as much data as possible to compare and contrast to their respective 2013 machinery.

The test got underway with Marquez on his Repsol Honda swapping times with Yamaha Factory Racing’s Valentino Rossi who was also up to speed quickly and while Rossi registered a best lap of 2m 0.804s, Marquez was able to push further to end with a best time of 2m 0.286s. Marquez’s main 2013 rivals, teammate Dani Pedrosa (2m 0.906s) and Jorge Lorenzo (2m 1.082s) ended the day in third and fourth respectively. 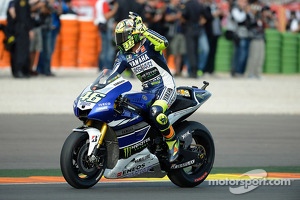 Satellite Honda riders Alvaro Bautista (GO&Fun Gresini Honda) and Stefan Bradl (LCR Honda) were next along with Bautista securing fifth on day one with a best lap of 2m 1.240s while Bradl set a fastest lap of 2m 1.320s despite a slight crash. Top CRT rider from 2013, Aleix Espargaro once again raise eyebrows with the Spaniard debuting his new ‘Open Class’ NGM Mobile Forward Racing Yamaha and setting the 7th fastest time of 2m 1.419s.

Espargaro’s best lap got the better of Pramac Racing’s Andrea Iannone (2m 1.538s) and the Monster Yamaha Tech 3 machines of his brother, 2013 Moto2 Champion Pol Espargaro (2m 1.634s) and Bradley Smith in 10th with a best lap of 2m 1.876s. Colin Edwards saw a return to form somewhat with the American setting the 11th fastest lap of 2m 2.483s on the NGM Mobile Forward Racing Yamaha while the Ducati factory machines were next along with Andrea Dovizioso setting the 12th best time of (2m 2.497s) with test rider Michele Pirro in 13th (2m 2.552s) and new signing Cal Crutchlow in 14th with a best lap of 2m 2.860s.

Yonny Hernandez (Pramac Racing) finished with the 15th best time of 2m 2.891s with Yamaha Test Rider Katsuyuki Nakasuga next along with a time of 2m 3.126s. Nicky Hayden was reunited with Honda machinery after a long time riding a Ducati and the ‘Kentucky Kid’ brought the Drive M7 Aspar RCV1000R machine in 17th with teammate Hiroshi Aoyama close behind with a best lap of 2m 3.328s. Suzuki test rider Randy De Puniet was back on track once again and set a best lap of 2m 3.893s with another test rider, Kosuke Akiyoshi (Honda) setting a best lap of 2m 4.267s.

MotoGP rookie Scott Redding brought his GO&Fun Gresini Honda RCV100R home in 21st place with a best time of 2m 4.431s while Hector Barbera (Avintia Blusens) finished over half a second back with a best time of 2m 4.922s. Mike di Meglio brought his Avintia Blusens machine home in 23rd with his best lap of 2m 5.825s enough to stay ahead of Paul Bird Motorsports teammates Broc Parkes (2m 5.889s) and Michael Laverty (2m 6.070s) and Karel Abraham bringing up the rear for the Cardion AB Motoracing team who are also running the new Open class Honda this year. 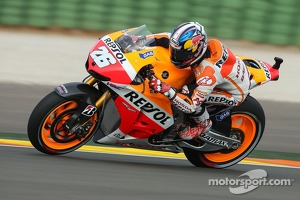 There are two separate classes within MotoGP 2014 with the Factory class now having to run controlled ECU hardware, but are allowed use their own software along with a limit of 20 litres of fuel per race and five engine changes for the season. There has also been a freeze introduced on engine development that will run for the whole season.

The Open class stipulates that a full control ECU system, hardware and software chosen by series owners DORNA must be used. However the open class machines are also allowed 24 litres of fuel per race, a whopping twelve engines for the season with no engine development freeze and a softer rear tyre allocation compared to the Factory class.

Bridgestone heads to Malaysia for first group test of 2014