Marquez: Mir and Rins must learn to live with Honda crashes

Honda will shake-up its line-up across its factory team and satellite squad LCR, with 2020 world champion Mir joining Marquez at the Repsol-backed factory outfit as Rins replaces Alex Marquez at LCR after both Mir and Rins were left without rides when Suzuki decided to quit MotoGP.

The 2022 season was a struggle for Honda, with the Japanese marque finishing last in the constructors’ championship and registering its second winless campaign in three years.

Speaking exclusively to Motorsport.com's Spanish edition, Marquez expects both Rins and Mir to be strong on the RC213V – but both must come to HCR with “a lot of confidence” and “luck”.

“You can't expect them not to be strong, and then they are strong and you get caught off guard,” Marquez said when asked about how Mir and Rins will manage on the Honda, which they will ride for the first time in Tuesday’s first 2023 pre-season test in Valencia.

“There are two great riders coming in: one who is winning races and the other who is a world champion. It won't be because of the riders. But Honda is a different bike. At the moment, all those who have gone through it have suffered.

“The Honda is a bike where if you want to find the limit you have to crash; and that's where confidence and luck have to help you.

“You need a lot of confidence so that crashes don't take it away, and luck so that you don't get injured.

“That's a realistic message, I'm not making anything up. Look at the stats.” 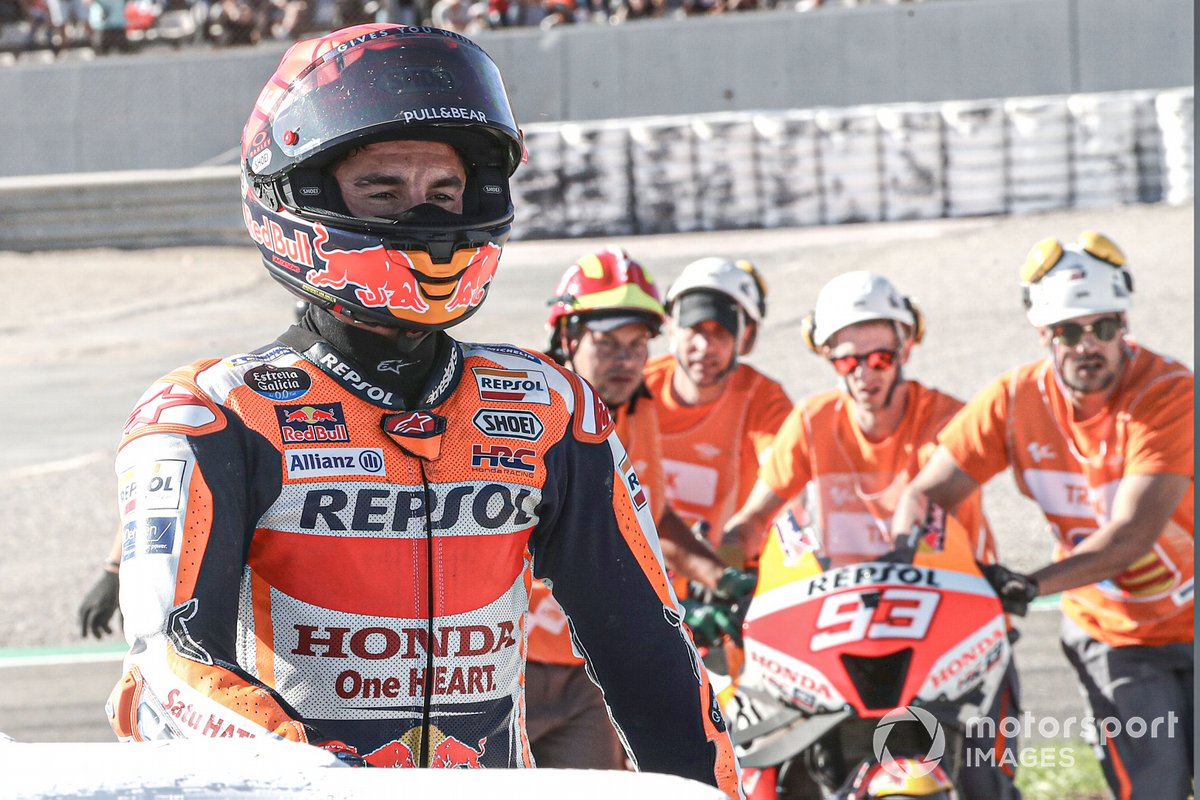 Marquez crashed 18 times across the 12 grand prix weekends he contested in 2022, while both the outgoing Pol Espargaro and Alex Marquez fell 21 times each this season.

Regarding Tuesday’s one-day test in Valencia, Marc Marquez says he will have a new chassis to test and will try an updated engine specification – but doesn’t expect it to be the final version he will race in 2023.