Cal Crutchlow has dubbed fellow Honda MotoGP rider Marc Marquez's victory in Misano a "miracle", given his own miserable weekend at the circuit.

While Marquez saw off the challenge from the ascendant Yamahas to bag his seventh win of the season, Crutchlow endured a chastening San Marino Grand Prix, having scarcely troubled the top 10 all throughout the weekend before crashing out in the race.

"Our problem is turning. The physicality of the bike and how difficult it is, all [that is] because the bike doesn't turn.

"I struggled in every corner, I didn't have a corner that I was strong at all weekend. This is the situation, I don't feel good with the bike. Marc made a miracle today, as simple as that."

The other rider on a 2019-spec Honda, Marquez's teammate Jorge Lorenzo, finished a distant 14th at Misano as he continues his recovery from injury.

Crutchlow has previously repeatedly suggested that Marquez - who is currently well on course for his sixth MotoGP title - has little incentive to request that the the RC213V is made easier to ride, as this would benefit others more than him.

Speaking after the Misano win, Marquez said: "Of course I know that we have some very weak points and we are working on it, and I know that it's really hard to ride in a good way.

"I mean, today in the race, maybe the camera didn't see but I save two-three crashes, and this is because of my style about the elbows, but maybe the other Hondas, like Cal, when they lose the front they just crash, and then the confidence is not the same.

"I knew that I have that small extra with my elbow to save the crash, for that reason I'm pushing always 100 percent, but Honda is working very very hard to have a competitive bike for everybody.

"And the most important is that my comments, Crutchlow's comments, [Jorge] Lorenzo's comments is in the same way.

"So, yeah, we are trying to improve for next year, because we can see that the opponents, Yamaha, Suzuki, they are working very hard and every race they are better and better. But luckily for MotoGP still the rider makes more difference, is more important than the bike.`

Asked by Motorsport.com whether he was encouraged by Marquez's comments, Crutchlow said: "I think Marc is a very fit guy, he is probably in his prime this year and the next three years.

"If you see him physically after the race, also in Silverstone, he is a lot more tired than the guys on the podium, you can see it in his face. But physically it is not good at the moment.

"I believe yes, his request is probably similar to ours, but I also don't think he cared so much as the other riders would have to care because he is able to manage and still finish the race on the podium every week and win the race today." 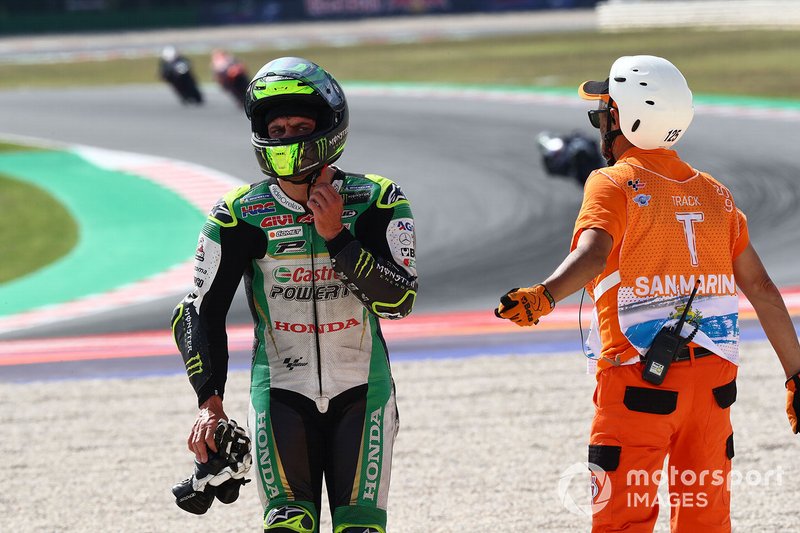 Why Aprilia can't afford to alienate its main asset