Marquez, Rins called in by race direction over Brno incident 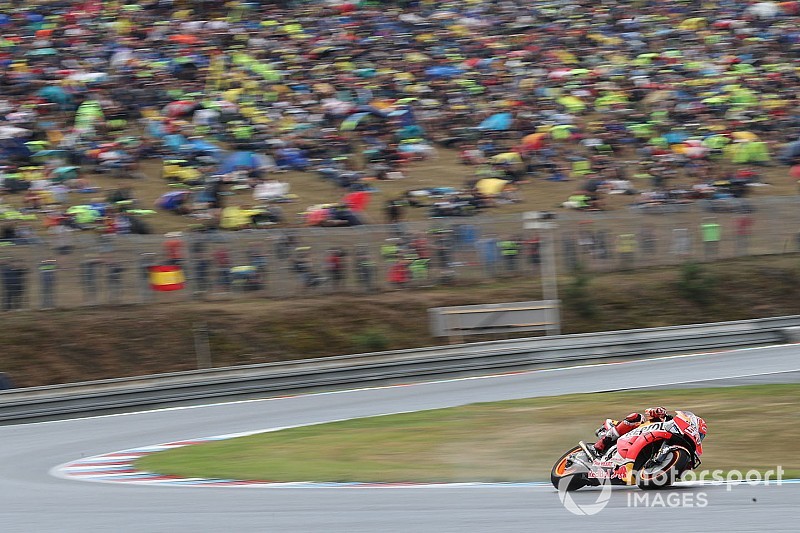 Marc Marquez and Alex Rins have both been summoned by MotoGP race direction over their run-in during qualifying at Brno on Saturday.

The incident in question occurred in Q2, when Rins aggressively passed Marquez at Turn 7, which nearly sent the latter into a crash.

Marquez repassed the Suzuki star before they both pitted and then Marquez gently pushed Rins aside in the pitlane as the two of them were running side-by-side.

Afterwards, Rins accused Marquez of not having respect for his rivals, and talking to Spanish media he referenced the world's champion incident from 2011, when he suffered an eye injury in a crash at Sepang and it was uncertain whether he would race again.

"He can't go on like this," said Rins. "He had an accident in Moto2 and maybe he lost a bit of sight. I don't think it was right at all."

Rins later issued an apology for his remark on his Twitter profile.

UPDATE: MotoGP announced that further action was been taken during the meeting.