Marc Marquez says he could “use many lives” in Friday’s MotoGP Thailand Grand Prix practice as he begins to feel like he can push harder on his recovering right arm.

The Honda rider is in the third grand prix weekend of his comeback from a fourth major operation on his right arm, with the six-time MotoGP champion’s physical condition seemingly improving all the time.

Having qualified on pole in the wet last week in Japan and finishing the dry race fourth, Marquez topped FP1 at Buriram on Friday despite a small crash and was fifth overall after FP2.

Marquez says his right arm felt good enough for him “to attack” from the off in FP1, and feels his riding style is continually returning to normal.

“I was pushing all the laps in the practice. The problem was the last two years I couldn’t, because if I pushed all the laps then I couldn’t arrive on Sunday in a good way.

“Now, ok, maybe I will not arrive on Sunday in the best performance because of a lack of muscle. But not because it’s painful. So today I attacked.

“I attacked from the first run, I crashed in the second but it was a stupid mistake.

“But I got out and I attack and my way to find the limit is in FP1 make many mistakes and then put anything the correct position.

“And then in FP2 I was already more consistent. But it’s the same riding style like in the past – still not [fully] like the past, but it’s coming better and better.“ 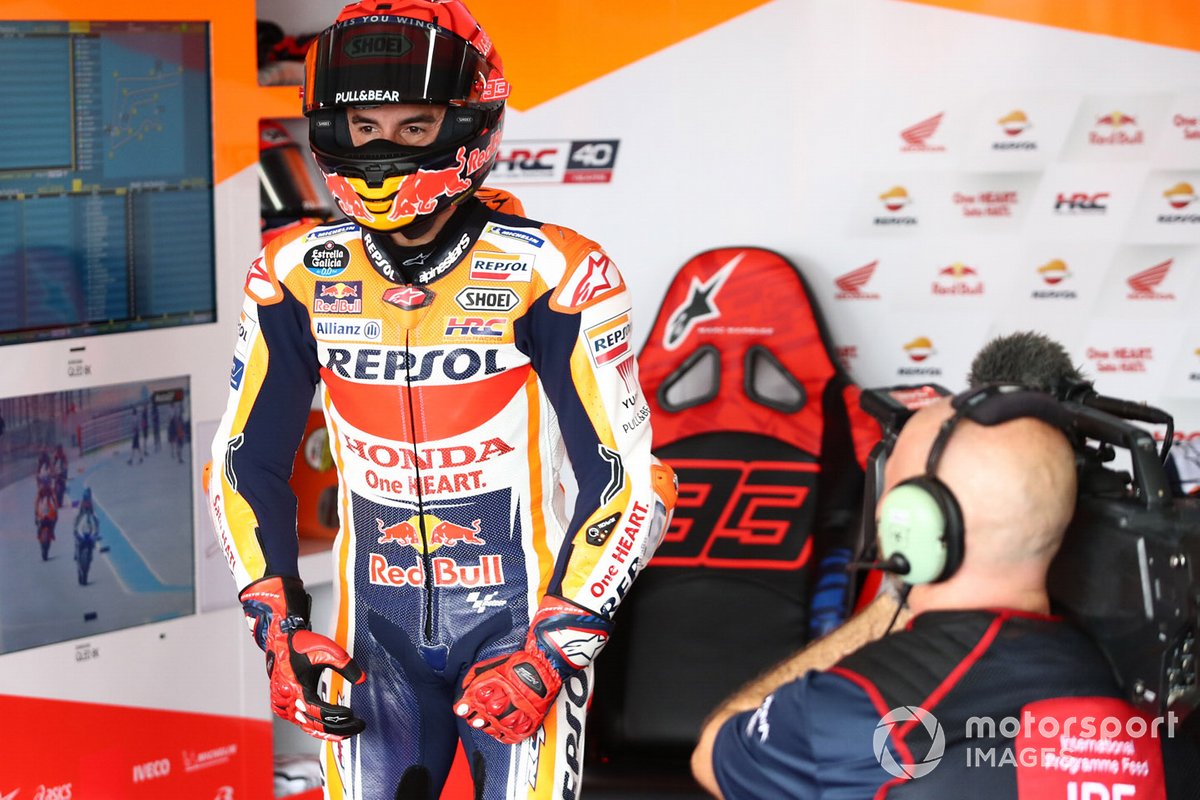 Marquez admits he hopes Saturday will be wet like it was in Japan in order for him to preserve his body for the race, but feels he is already in a better place than he was at Motegi.

“So this is what makes me feel more happy. This means with more time I will be better and better and this is the target.”