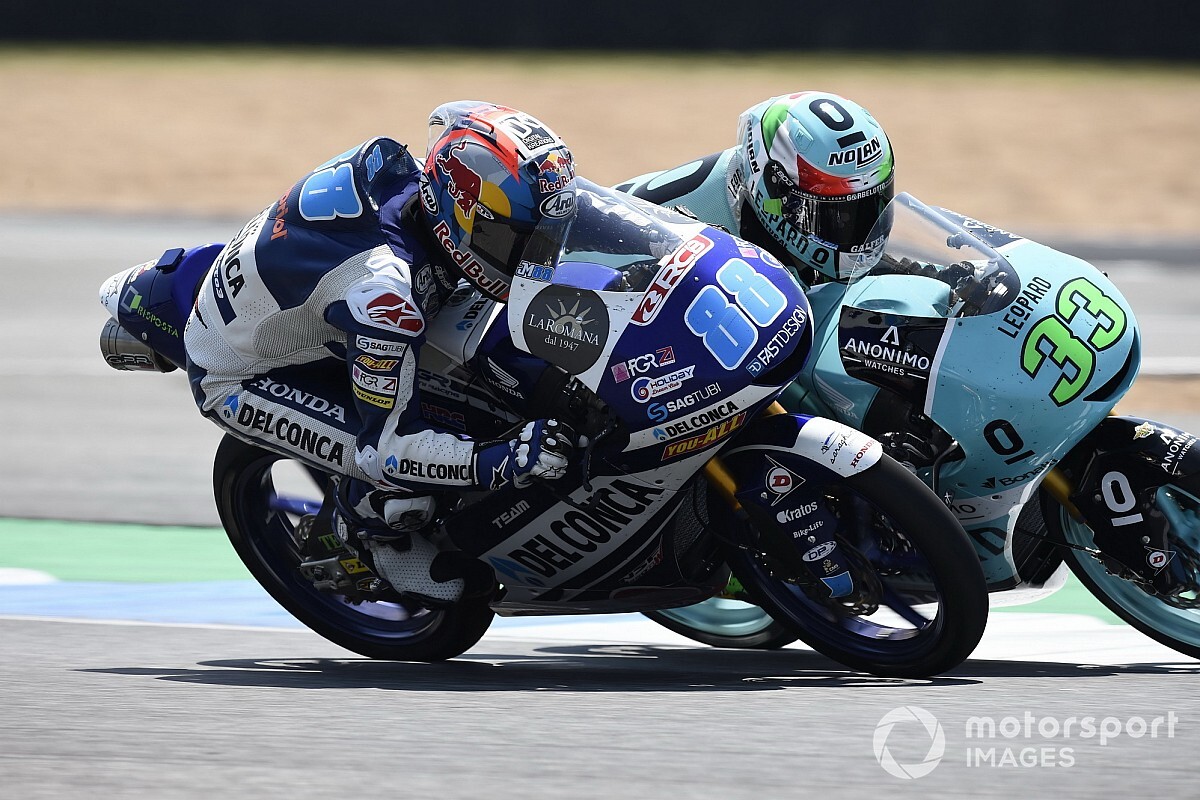 Jorge Martin and Enea Bastianini have emerged as leading candidates to earn a MotoGP graduation with Pramac Ducati in 2021, should Jack Miller move up to the factory team next year.

Although Ducati’s primary concern is to secure a contract extension for Andrea Dovizioso, with talks currently stalled over how much the Italian would earn, the Italian manufacturer is also working on finalising Dovizioso’s teammate for next year.

It appears likely Danilo Petrucci will be dropped from the factory team after two seasons, with Miller taking his place on the back of his 2019 campaign that featured five podium finishes, including three in the last six rounds.

Should Miller make the move to the senior Ducati squad, it will open up a place at satellite outfit Pramac, as Petrucci is unlikely to return to the team he rode for between 2015-18.

Instead, Ducati is believed to be interested in recruiting a Moto2 graduate, with Martin and Bastianini understood to have been shortlisted for the second seat at Pramac.

Bastianini finished 10th in the standings while riding for the Italtrans team in his maiden season in the intermediate class last year, while 2018 Moto3 champion Martin (KTM Ajo) finished three points and one position behind in 11th.

Martin, in particular, is believed to be a hot property in the MotoGP rider market, with both KTM and Honda also believed to be interested in securing his services for 2020.

“If MotoGP teams think of you, it’s because you’re doing something right,” Martin told the MotoGP website.

“The Ducati is a bike that, due to my current riding style, I could better adapt to. The KTM is a bike that forces me to brake super late, stop it and open the gas early.”

Pramac boss Team Manager Francesco Guidotti admitted that Martin is being targeted by other manufacturers and that it would be a “miracle” for Ducati to sign a deal with the Spaniard under that kind of competition.

“There’s Jorge [Martin], there’s [Lorenzo] Baldassarri, Bastianini, Alex Marquez was on the list and Jorge Navarro,” Guidotti told MotoGP.com. They are some of the interesting young riders.

"In the last few days, a lot of journalists have called me about Jorge Martin but, to be honest, it’s Ducati dealing with the new riders and as far as I know, it’s not done with anyone.

"For sure, Jorge Martin is under the light of Honda because he won the title with them in Moto3 two years ago. I know they were really upset that he left them to sign for KTM, but I think they would have him back. And KTM, I don’t know if they would release him.

"If Ducati will be able to sign Martin, I think it would be a miracle. They have to be very brave and smart to get him."

Francesco Bagnaia’s contract with Pramac Ducati will end after the 2020 season, but the 23-year-old is expected to be retained by the squad next year.

"For Pecco, I think we have to give him one more year so he can get more confidence with MotoGP,” Guidotti said of the 2018 Moto2 champion. “Even when we come back to race this year it will be very weird, so I think he deserves to stay with us."