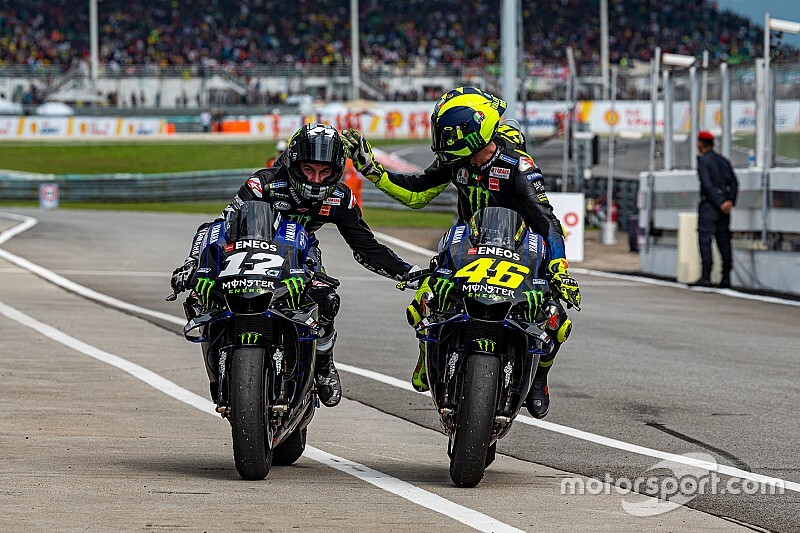 Last weekend’s Malaysian MotoGP served up a significant statistic for Yamaha, as Maverick Vinales’s dominant win marked its first brace of victories in a season since 2017.

Coming off the back of a crashing out of the fight for the win in Australia, Vinales led from start to finish at Sepang in a dominant display which harked back to the form he showed when he won three of the first five races in his debut Yamaha campaign two years ago. Since then, Yamaha has struggled to mount a solid title charge, with engine and electronics deficiencies dropping them behind Honda and Ducati, as well as Suzuki on occasion.

However, the second half of this year has been a period of growth for Yamaha, as it pushed through more developments and started to see the fruits of the labours of numerous key personnel changes bloom.

On this week’s Tank Slappers Podcast, Motorsport.com’s Global MotoGP Editor Oriol Puigdemont and Autosport’s Motorcycle Racing Correspondent Lewis Duncan delve into whether this is a true return to form for Yamaha or not, while also examining the reason for Vinales’ resurgence. New Moto2 champion Alex Marquez is also discussed, while Oriol and Lewis also look ahead to this weekend’s final round of the 2019 season in Valencia.

Click on the PLAY icon below to listen in...

The Tank Slappers Podcast is Autosport and the Motorsport Network’s podcast for all things two-wheeled, and can be found on Apple Podcasts via ITunes, Google Podcasts and Spotify – just search for ‘Tank Slappers’.