Miller admits he "got carried away" battling Marquez

Pramac Ducati MotoGP rider Jack Miller says he fell out of the French Grand Prix podium positions because he "got carried away" racing Marc Marquez and damaged his tyres. 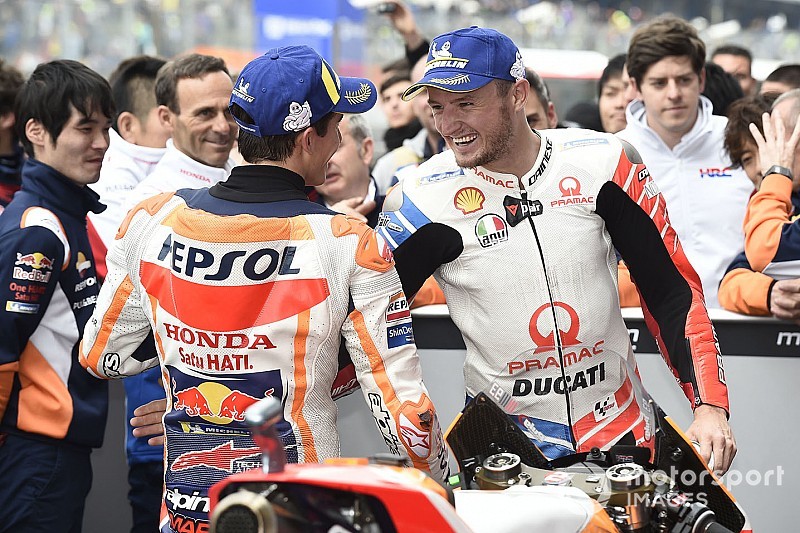 Miller started on the front row in third place after Saturday's wet/dry qualifying at Le Mans and twice managed to pass reigning champion Marquez's Honda in the early laps.

But he faded to fourth behind factory Ducati riders Andrea Dovizioso and Danilo Petrucci at the finish.

"I maybe got a little bit carried away at the start and used a little bit too much of my edge of the tyre," Miller explained.

"I tried to get in front of Marc because I felt I had the speed but I didn't know if I was going to keep the speed for the whole race.

"So I tried to get in front of Marc and slow the pace down a little bit but he was able to get back past me after about two laps and once he got back past he was just able to chip away like a tenth per lap, bang, bang, bang, bang, till it got to about a second and then he was pretty strong.

"It was nice to get the pass on him and to show that we can fight but I just need to understand a little bit more how to do the laptime without using the edge of the tyre like I did."

More from the French GP:

Miller said he deliberately made it easy for Dovizioso to overtake him when Ducati's championship hope appeared on his tail, then realised the works bike was not actually faster than him.

"I allowed Dovi to come through because I felt maybe he would have good pace, but to be honest he didn't have the greatest pace and was allowing Danilo to catch us," said Miller.

Asked if he later regretted letting Dovizioso past, Miller replied: "I felt I could've maintained that gap for another 10 laps but that would have left me with about three or four laps where the tyre would've been very close to the edge.

"So with him coming past and running the pace he was doing, it was allowing me to let the tyre cool a little bit and just give it a little bit of a break.

"So in hindsight it was maybe a smart thing but the racer in me is like 'I could've probably pushed it through those last couple of laps'. But fourth, we'll take it." 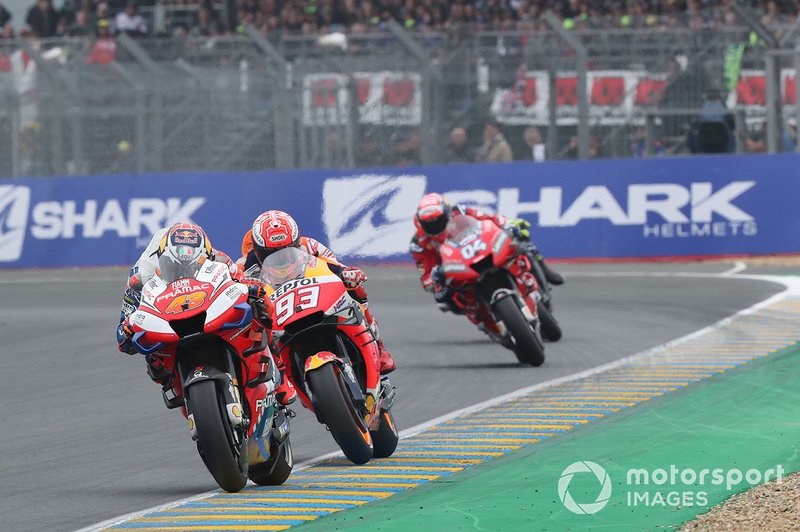