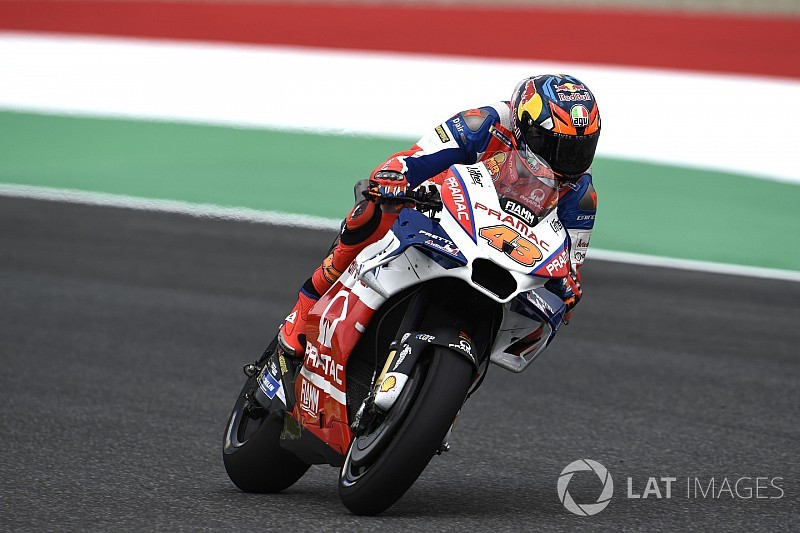 Jack Miller has confirmed that he will continue with Pramac Ducati in the 2019 MotoGP season, replacing Danilo Petrucci as the "number one" rider of the team.

With Jorge Lorenzo departing Ducati, Pramac duo Petrucci and Miller were in line to replace the Spaniard, with the factory team eventually choosing the former.

That left Miller to stay at Pramac for 2019, but with an upgrade of riding a factory-spec GP19.

Miller said that while the contract is not yet signed, he expects it to be finalised in the early stages of the Barcelona race weekend.

"As was predicted, I stay here and do the GP19, which is good. Another year here in Pramac, I think it is good for us," said Miller, who also specified that his new deal is only for 2019.

"It was planned, like we had an early option for this year.

"As far as it stands in the minute, we haven't signed the paperwork but I'm assuming it should be done today or tomorrow.

"We haven't really got into it but I'm assuming the same deal with Danilo is on.

"They are using him basically like a test rider, which is good and bad, but I am excited. I will take the challenge."

Miller, who will be paired up with rookie Francesco Bagnaia next year, said he will be relishing the chance to be the leader of the team.

"I'm excited especially to be the number one rider next year," said Miller, who spent the first three years of his MotoGP career on a Honda satellite bike before switching to a Ducati for 2018.

"[It] will be nice, the pressure is on when you are the number one rider.

"It is the first time... well, in Marc VDS I sort of felt like the number one rider but fighting for 15th or 14th position, so didn't really mean much.

"It is nice to be the number one rider here with the bike that is a potential race winner and for sure can be a lot of fun."