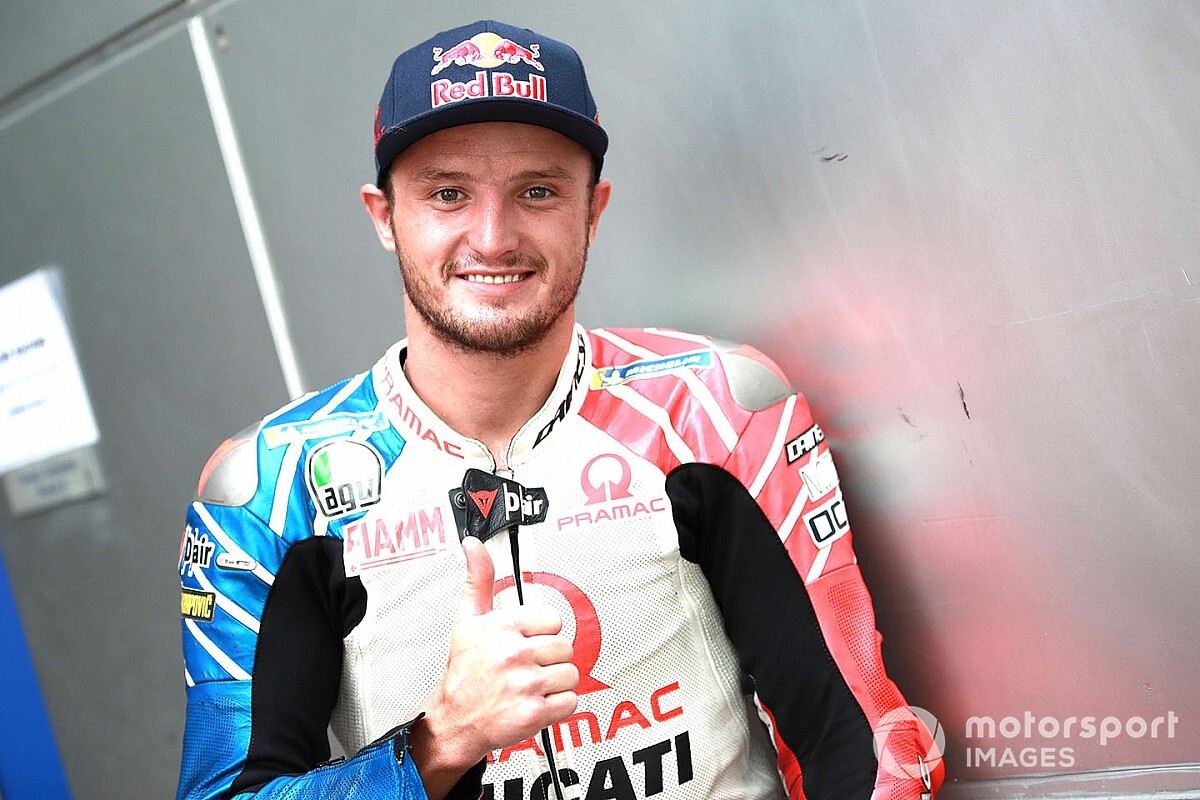 Jack Miller will step up to the factory Ducati MotoGP team for the 2021 season, with an option to extend his stay by a further year.

Miller made his MotoGP debut in 2015 straight from finishing runner-up in the Moto3 class, spending three seasons as a Honda-contracted rider with LCR and Marc VDS and claiming a sensational win at the 2016 Dutch TT.

For 2018, Miller moved to the Pramac Ducati squad and enjoyed his best season to date in the premier class last year when he took five podium finishes and eighth in the standings.

After Ducati’s main targets for a 2021 ride, Maverick Vinales, Fabio Quartararo and Joan Mir, all slipped through its fingers, Miller became the favourite for a move into the factory team.

Commenting on his new ride, Miller said: “It is an honour to be able to continue my MotoGP career with Ducati.

“And for this reason I would like to thank the entire leadership team for the trust they have placed in me, and for giving me this incredible opportunity.

“I can't wait to start running this year. I am ready to take on with all the commitment in the world the responsibility of being an official Ducati rider in 2021.”

Ducati CEO Claudio Domenicalli added: “We are convinced that Jack has everything to be able to continuously fight for important positions, in every race, starting this season, and to take a big step forward next year thanks to the full support of the Ducati team.”

The identity of Miller’s 2021 teammate remains unclear, as talks between Ducati and Andrea Dovizioso are still at an impasse over financial matters.

Ducati is known to be keen to avoid big-money offers in light of the impending financial crisis as a result of the global coronavirus pandemic.

Moto2 frontrunners Enea Bastianini and Jorge Martin are the leading candidates to take over Miller's vacated Pramac ride next year, although team boss Francesco Guidotti recently admitted it would be a “miracle” if Ducati could sign Martin.

Danilo Petrucci has been linked to a move to World Superbike with Ducati, although an Aprilia MotoGP switch could also be an option for the Italian should Andrea Iannone’s 18-month doping ban not be overturned by the Court for Arbitration for Sport (CAS).