Jack Miller says his MotoGP French Grand Prix retirement was the result of having to switch to his second bike for the wet race which already had an engine issue. 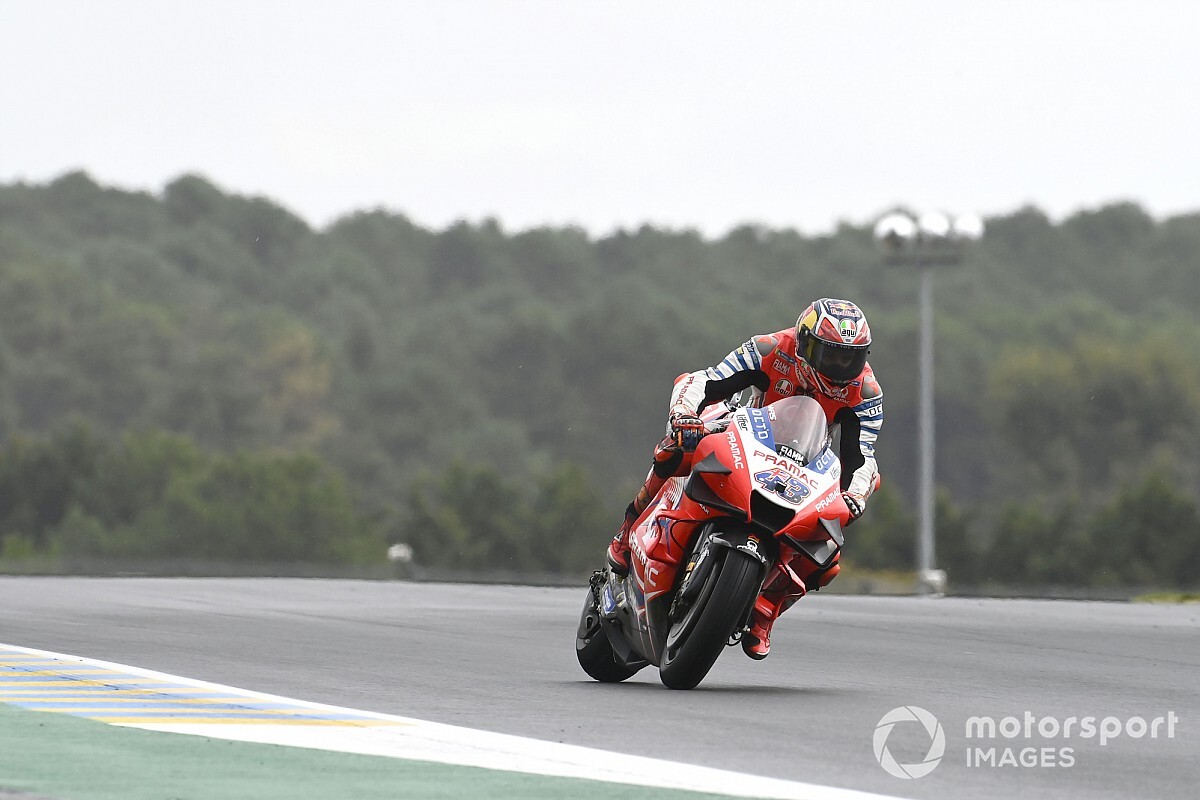 The Pramac rider led briefly on the opening lap of Sunday’s Le Mans race and remained in the lead battle up until lap 19 when he was forced to retire when his Ducati expired.

A furious Miller stormed through the Pramac pits and cancelled his debriefs with the written media following the race.

However, he explained on his social media accounts that his GP20 developed an engine issue in the warm-up session and the surprise rain shower moments before lights out forced him to switch back to the hobbled second machine that had been set up for the wet.

"One that got away," he wrote. "We had an issue with the engine that sprung up in the warm-up, so we swapped to the second bike for the race.

"But then when it rained just before the start, we had to switch back to the original bike with the wet set-up.

"We didn't have time to fix anything, so we just had to cross our fingers, but the inevitable happened.

His third non-finish of the 2020 season, Miller's title hopes took a dent at Le Mans as he slips to 40 points adrift of standings leader Fabio Quartararo with five rounds to go.

Miller's Le Mans retirement comes just two races after he was was forced to pull out of the Emilia Romagna GP at Misano when his Ducati hoovered up one of Quartararo's discarded visor tear-offs.

The offending tear-off was signed by both Miller and Quartararo and auctioned for the Two Wheels For Life charity, which ended up raising £4250.