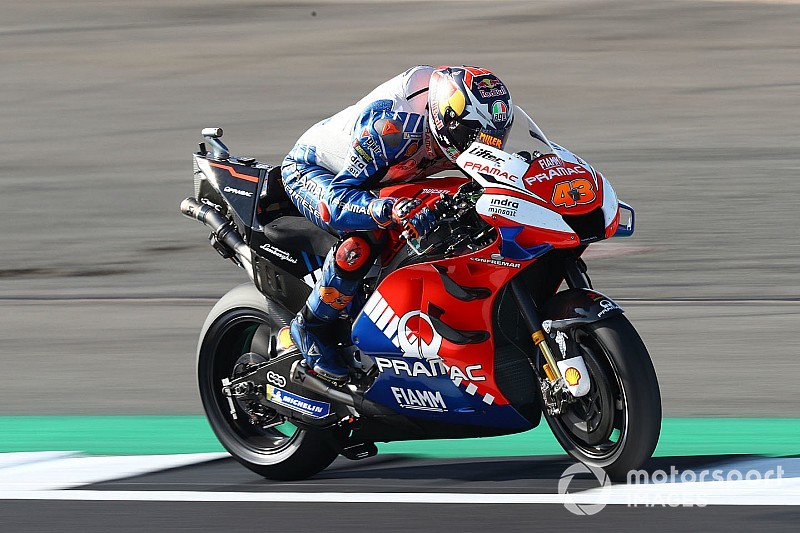 Jack Miller says he had to take the opening corners of the MotoGP British Grand Prix as if he was on a “chopper”, after his Ducati’s holeshot device didn’t disengage.

Pramac rider Miller has been using the holeshot device – which lowers the bike to improve acceleration off the start – since last year’s Japanese GP, with the rest of the works Desmosedicis adopting it this year.

The bike’s ride height returns to normal when braking for the first turn, but the short run to the first corner, Copse, at Silverstone and Miller’s third-place starting position meant he “barely” touched the brake.

Miller admits he had “doubts” about using the device at Silverstone, and says it was “quite scary” heading into Maggotts and Becketts with his Ducati sitting like “an Orange County Chopper”.

Asked by Motorsport.com if he’d ever had the problem before, he said: “No, because generally at places like this [with a short run to Turn 1] I don’t use it.

“I thought we could get enough [weight] transfer on the brakes, but I had doubts about it. We weren’t able to get it to transfer over.

“It was quite scare heading down into Turn 3 [Maggotts] riding an Orange County Chopper, trying to get it to transfer over, grabbing big handfuls of brake the whole time.

“I just had to basically do a stoppie and try to get it to pop up in a strange place. Eventually it popped up, but it was one of them things.”

He added: “In places like Phillip Island, we can’t use it. I think if we were a bit further back on the gird here [at Silverstone] you could use it no dramas. [Andrea] Dovizioso was able to get transfer no problem, but being so close to the corner you barely touch the brake.

“I was trying to grab extra brake, but being in the front of the group you don’t really want to be checking [up] 20-odd bikes behind you.” 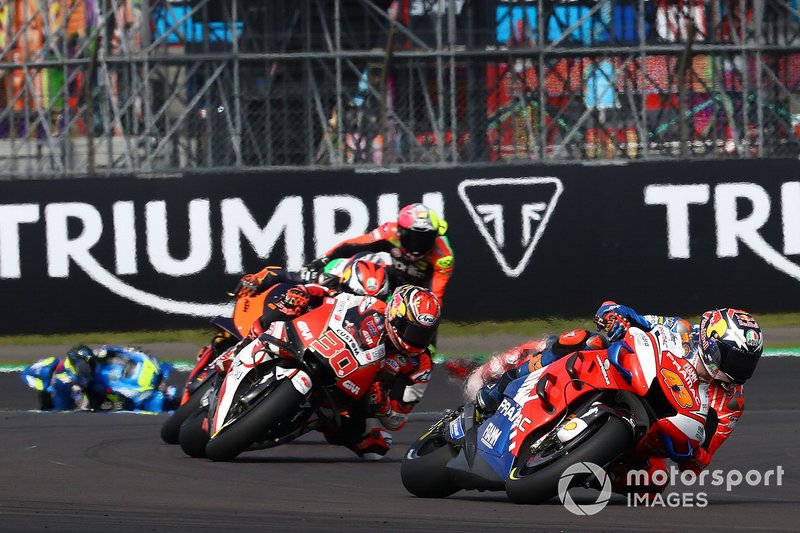