Jack Miller says MotoGP rival Alex Rins “scared the shit out of me” during the Italian Grand Prix at Mugello, as the Australian was caught out by the Suzuki's cornering ability. 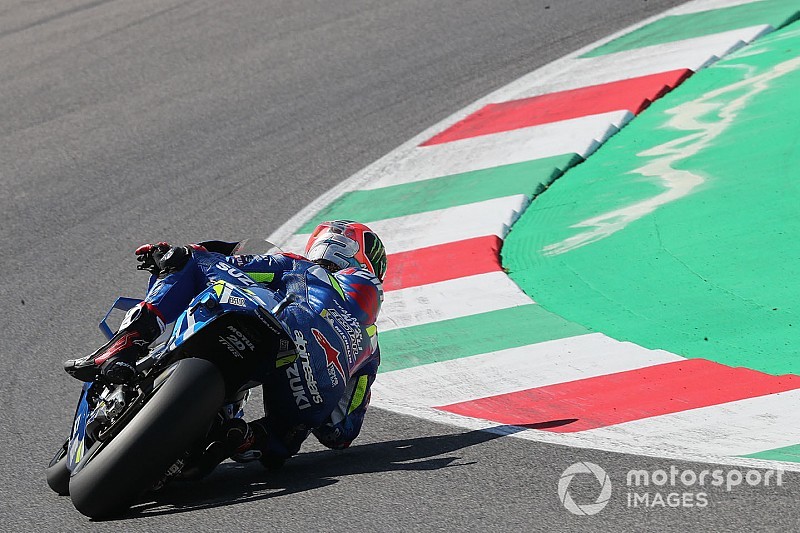 The fast-turning GSX-RR of Rins charged from 13th on the grid to run behind fourth-placed Miller just after two laps, and Rins then fired it down the inside of the Pramac rider at the sweeping Correntaio right-hander.

Miller was caught off-guard and sat up on his bike, although he stayed with the lead group and would re-pass Rins on the next lap.

“That race was a lot of fun,” Miller said afterwards. “I enjoyed it. It was a little scary at some points - for example, when Rins, that Suzuki seems like it can turn on a dime piece, because first time when Rins passed me, I probably had a metre - not even a metre - between myself and the kerb, and he was able to make it fit and scared the shit out of me as he went past.

“He did the same thing with Dovi [Andrea Dovizioso]. And even like [Danilo] Petrucci, Turn 2, he was quite aggressive.

“Marc [Marquez] and I, we were touching paint there for a little bit. It was a lot of fun. All pretty harmless sort of stuff because we were all just trying to conserve the tyre as much as we could.” 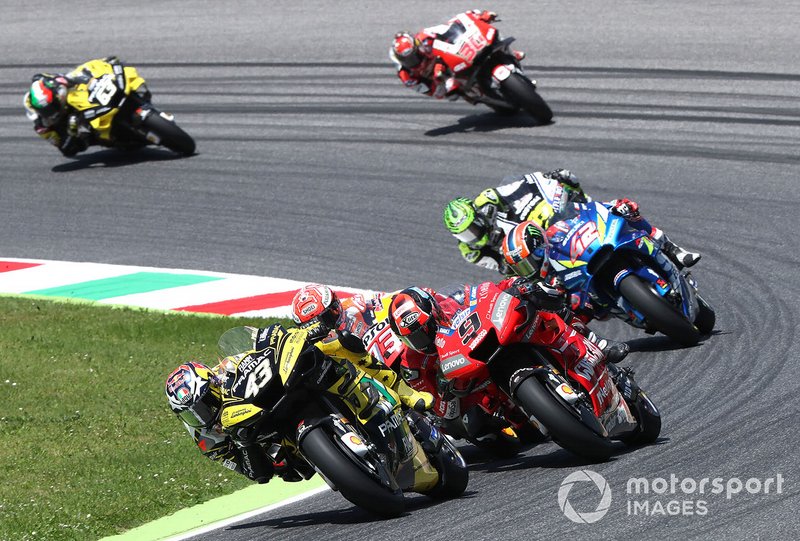 Miller remained in victory contention until the 15th lap, when he lost his bike exiting the Materassi corner while chasing after Rins.

“No one was really giving it large up through the Arrabbiatas [Turns 8 and 9] or anything like that, until like 10 laps to go, I saw Danilo and Marc both really starting to push through there, and they immediately opened up a little gap.

“Next lap, I started pushing a little bit more, in my strong points. I caught right back up on Rins, I wanted to pass him in Turn 1 but it was going to be a little hairy that lap, so I just knew I had a bit of time on my side, I was just playing it patient.

“And he just had like a big lateral slide on the entry to Turn 4. I braked a little bit harder in the straight line, and then I thought he was going to run it a little bit wide and lose momentum on the exit, so I was going to be able to square it and drive underneath him there.

“It's a real shame. Gutted for the team, home grand prix for us... It's a tough one, but we showed we have great potential again, just a shame it ended up like this today.”

Bagnaia crashes out of home race

Miller's teammate Francesco Bagnaia had crashed out of seventh place four laps prior to Miller, in what was shaping up to be the Pramac Ducati rookie's strongest MotoGP showing yet.

“I was pushing, the start was not so good and I was trying to close the gap to the front group - and I was able, I was very close,” Bagnaia said.

“When I crashed, was just because in Turn 15 [Bucine] I was exiting not so fast and I had to brake so hard to recover a little bit the gap. I went a little bit wide, when I tried to close the line I crashed.

“Has been a positive weekend, I was every session very constant, very fast. My objective was to finish the race, has been not possible, but I prefer to not finish races and stay in front like this, for my experience, than staying 20th and finishing the race.” 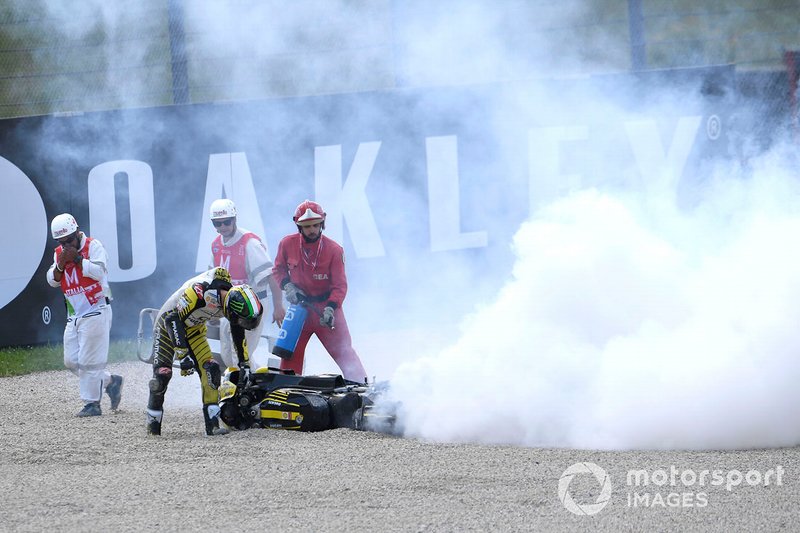 Zarco made tyre gamble for "pleasure" of fighting others