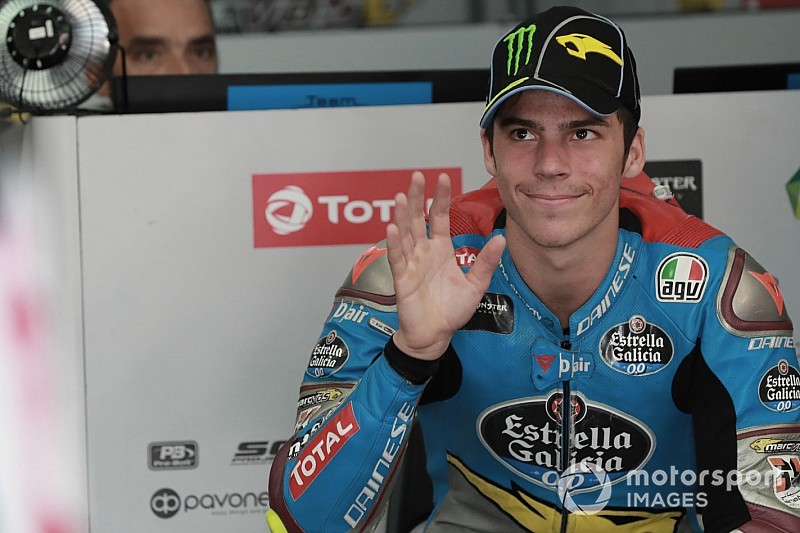 Joan Mir rode Suzuki's MotoGP bike for the first time in a secret test at the Motegi circuit, ahead of his switch to the team next year.

The 2017 Moto3 champion, who will step up to MotoGP with Suzuki next year, took to the Japanese track while the Hamamatsu manufacturer carried out testing with Sylvain Guintoli, in charge of developing the 2019 bike.

Mir will now be back on the GSX-RR at Valencia for the test that will take place at the Spanish circuit following this weekend's finale.

"He impressed us, especially with the way he approached the test and how keen he is to race in MotoGP," Suzuki team boss Davide Brivio said in Valencia.

Suzuki initially wanted to have Mir testing on the Monday after the Japanese Grand Prix, but the outing was delayed for several reasons.

Mir was free to test the MotoGP bike without restrictions as he is still a Moto2 rider, with the 21-year-old sat sixth in the intermediate class standings with Marc VDS.

The Spaniard rode for Suzuki on the Tuesday and Wednesday after the Malaysian Grand Prix, with the team focusing on building a base set-up with which he felt comfortable.

Mir will make his official debut as a Suzuki rider on Tuesday at Valencia, with a team led by Francesco Carchedi, who was up to now Karel Abraham's race engineer at the Angel Nieto team.

Claudio Rainato will be Mir's telemetry engineer and his mechanics will be Tsutomu Matsugano, Jacques Roca, Fernando Mendez and Marco Rosa.