Suzuki’s Joan Mir says he was forced into his hard overtake on Marc Marquez on lap one of the MotoGP Portuguese Grand Prix because of his ninth-place starting spot.

The reigning world champion made slight contact with the returning Marquez at the Turn 11 Portimao right-hander on the opening lap of Sunday’s race as he made a move for third.

The pair came to blows again a lap later at Turn 3 when Marquez clipped the rear of Mir, though both stayed mounted.

This came a day after Mir was left unhappy by what he felt was “dangerous” tactics from the Honda rider in qualifying, marking the first bit of controversy between the reigning champion and the rider he dethroned.

Mir, who went on to finish third, says he has to be “aggressive” starting so far back “if we want to fight for the championship”.

Asked by Motorsport.com if the hard pass was a little bit of payback after qualifying, Mir said: “In the first lap it’s true we had the moment there [at Turn 11].

“I wanted to overtake and then he closed the line and then it was too late for me. Then we both touched.

“It’s true that I felt a hit in the next lap and I didn’t know that was Marc. So now I understand it was Marc.

“To start in ninth position means this [overtake happens]. If I was not able to make a lap time in qualifying, I have to do these starts. 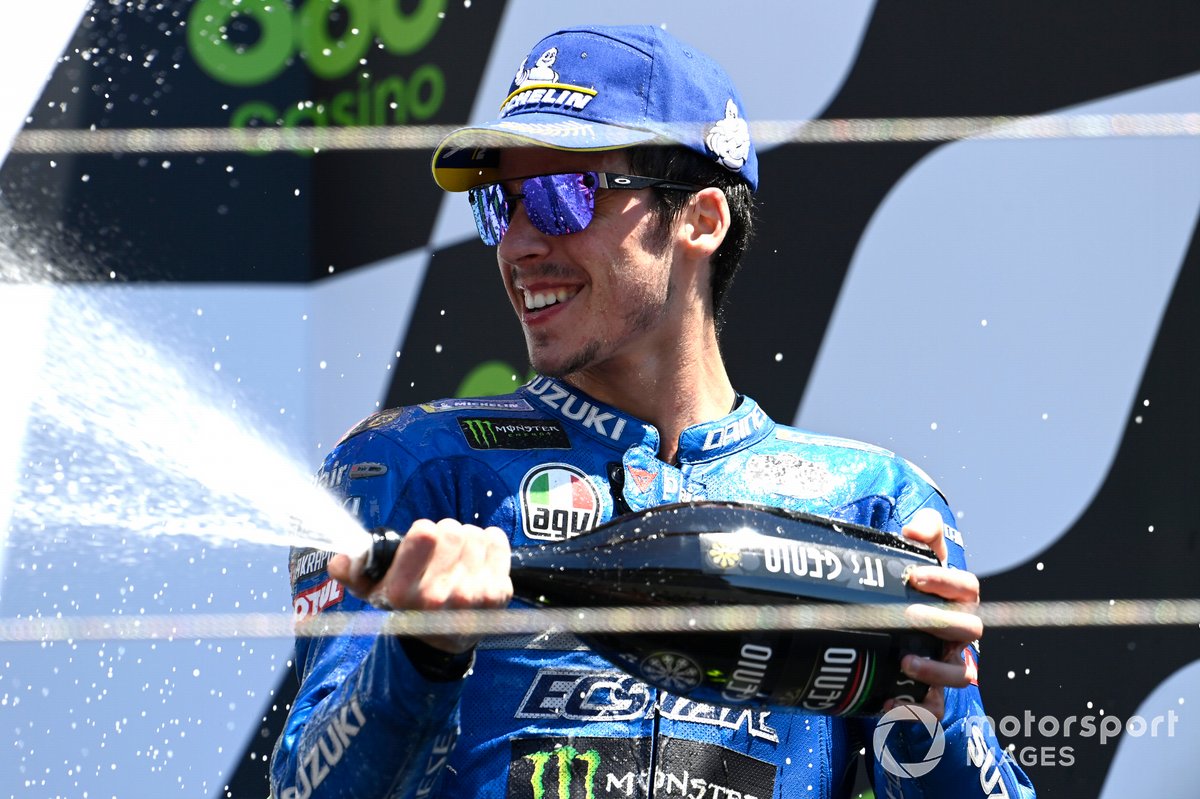 Third marks Mir’s first podium of his title defence after a fourth and seventh in the opening Qatar rounds, the Suzuki rider now 23 points adrift of leader and Portugal race winner Fabio Quartararo in sixth in the standings.

Mir, who battled a front tyre issue in the race, admits he’s “a little bit” relieved to get his first podium of the year.

“The feeling is good, it’s amazing to take the first podium of the season,” he added.

“We performed quite good, we just had a bit of trouble with the front in the middle part of the race.

“So, we have to work on it but it’s important that we are on the podium. So, I’m satisfied.

“I mean in Qatar we performed well, we just had that trouble on the straight.

“But for me we are doing a great start to the season, we are there in top five scoring points.

“It’s true the Yamaha guys are performing unbelievably, and also the Ducati have made an unbelievable step.

“But we are there. Probably we don’t have the same speed as them, but probably we have other things that are positive.

“It’s important to be as close as we can to those guys in the first part of the championship, and then from then on to continue doing our championship.”

Aprilia has revealed Aleix Espargaro has been diagnosed with a heel fracture following his violent 185km/h Silverstone MotoGP crash.