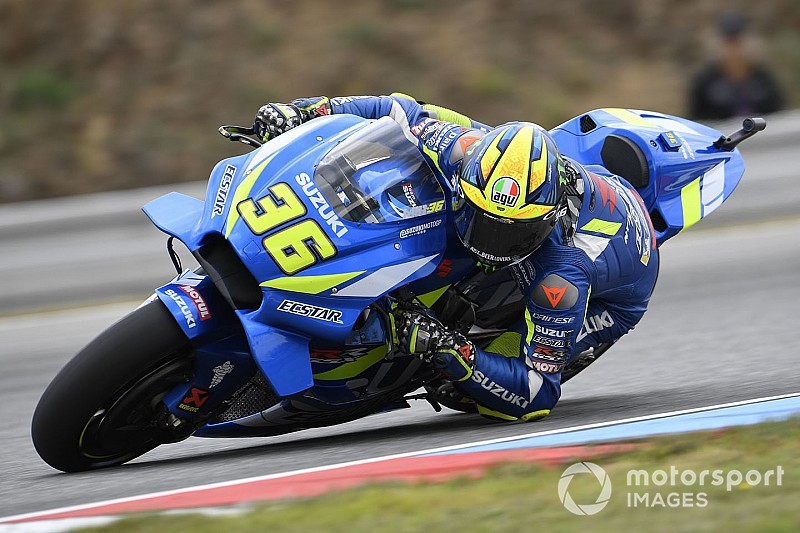 Suzuki rider Joan Mir will return to MotoGP action at this week's two-day Misano test after missing the last two races through injury.

Mir was forced on to the sidelines after suffering a 300km/h Turn 1 crash during post-race testing at Brno earlier this month, and was diagnosed with lung contusions.

After spending several days in hospital in Brno, Mir returned home to Barcelona, but missed that weekend's Austrian Grand Prix and did not recover in time to take part in last weekend's British GP at Silverstone.

Motorsport.com understands Mir has now fully recovered from his injuries and has returned to a normal training regime, including training on supermoto and motocross bikes.

The 21-year-old will therefore travel to Misano to take part in this week's official test, which takes place on Thursday and Friday, ahead of the San Marino GP on September 15.