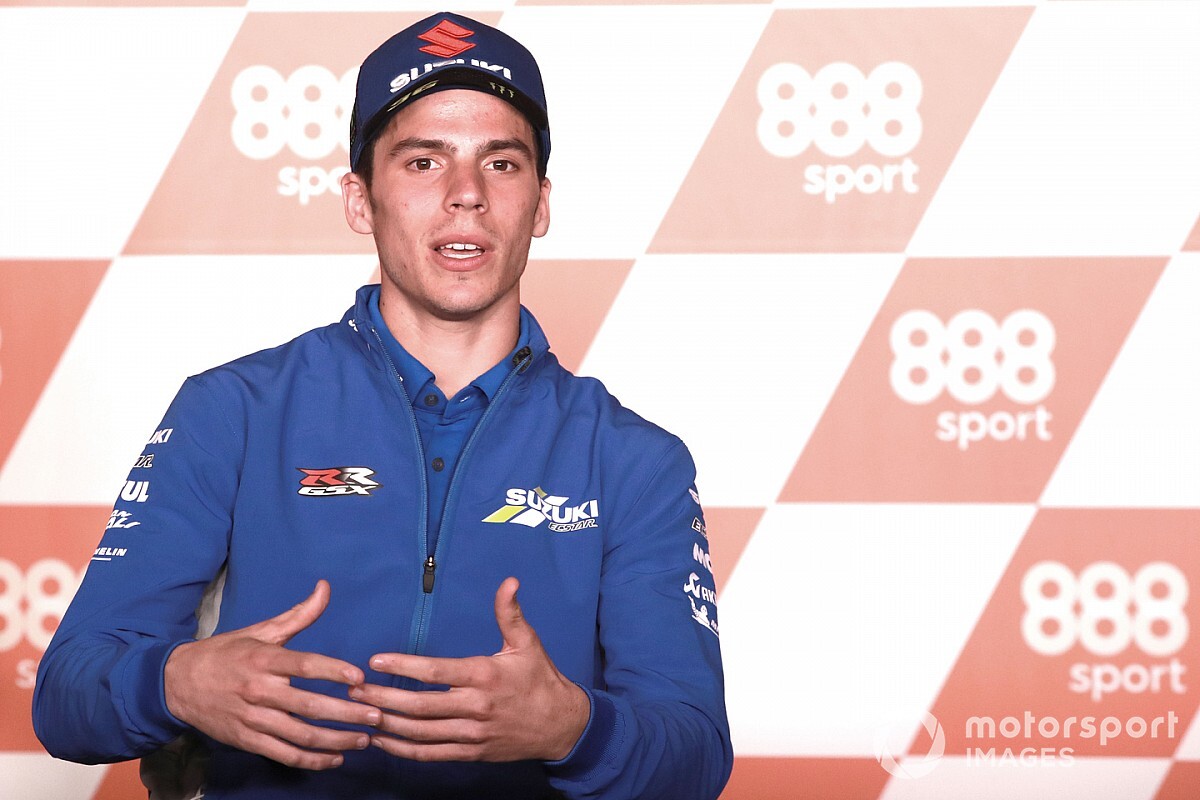 MotoGP championship leader Joan Mir "prefers" the decision to only penalise Yamaha and not its riders for using illegal engines, so the title is decided on track.

Yamaha was docked 50 points in the constructors' championship, while both the factory squad and Petronas SRT lost 20 and 37 points from the teams' standings respectively after the Japanese marque was found guilty of running an illegal engine in July's Spanish Grand Prix.

Some riders and team bosses have questioned the perceived leniency of the FIM Stewards' punishment, with some suggesting a Yamaha title win may end up casting a shadow over the season.

Suzuki's Mir, who leads SRT's Fabio Quartararo by 14 points, has three Yamahas within 25 points of him ahead of the European Grand Prix, but he admitted he 'didn't want to win this championship' in a situation where his rivals have been stripped of points.

"About the penalty, I don't want to make any opinion about that," Mir said on Friday at Valencia after ending the day 10th overall.

"I respect the [Stewards' decisions] always.

"The only thing that I want to say is that if I make a good end of the championship that... you all know what this means.

"I want to do it with everything on track, with everybody on track and this is like this.

"I think that I don't want to win this championship with all these things [hanging over it].

"So, I prefer this, I want all the riders on track, but then you know if there's irregularities on the engine, the people will ask about if the penalty's correct to only penalise the constructors' championship and not the riders'.

"I don't know if it makes more sense, you will judge."

One of Mir's title rivals Maverick Vinales will have to start Sunday's race from the pitlane due to exceeding his engine allocation for the season, denting his championship hopes.

Both Quartararo and Franco Morbidelli may also be facing similar problems in the coming races owing to their remaining engines being high on mileage.

However, when asked by Motorsport.com if the issues facing Yamaha has made him a little more relaxed, Mir said his focus is still purely on his own weekends.

"Honestly, I don't feel more relaxed because this season I'm approaching the season in a different way, I don't care about the others," he said.

"I just care about me, about giving it 100% in every weekend. And then on the Sunday I look at the classification of the championship - but [only] on Sunday.

"If I give my 100% we all know what I'm able to do. And this is the main goal, to be as maximum in front on Sunday and don't care about the others."