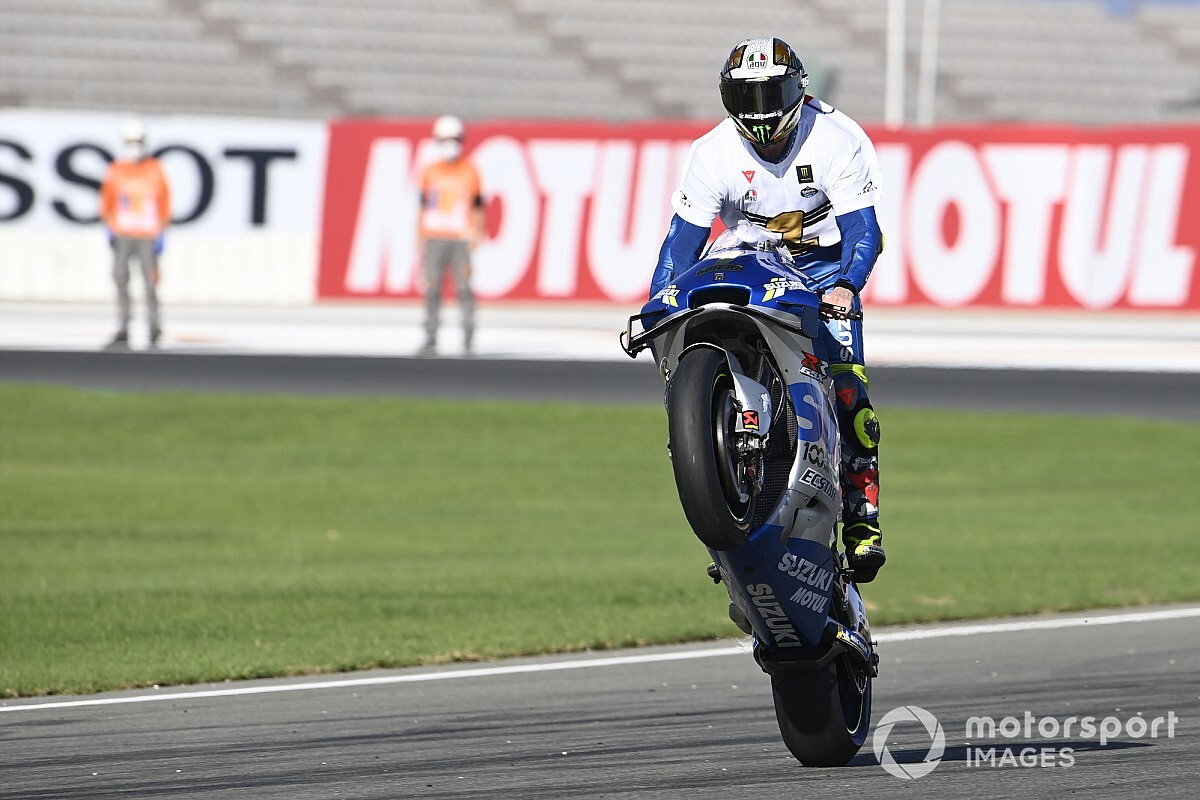 Suzuki’s Joan Mir admits his Valencia Grand Prix was a “nightmare” and says he struggled more than at any other races in 2020 despite securing a maiden premier class crown.

Mir finished the penultimate round of the campaign in a safe second having started from 12th, which was enough to secure him the 2020 MotoGP title – ending a 20-year wait for Suzuki.

Despite winning at the Ricardo Tormo Circuit last week, Mir admits he “suffered a lot” in Sunday’s race and can’t explain why.

“This race was a nightmare,” Mir admitted.

“This race I struggled more than [any other race] all the season. It’s a strange one to understand the situation because I don’t know.

“I don’t care about the race, we got the title. But it’s true that I suffered a lot.

“I had a lot of big moments during the race with front and I was not able to ride comfortably that I normally use to ride. But we will work for it for the future.”

Mir’s title success makes him the sixth rider in premier class history to win the championship on a Suzuki, doing so on the marque’s 100th anniversary and the 60th of its racing history.

Suzuki only returned to MotoGP full-time in 2015, following a hiatus from 2011-2014 (though it made a disastrous wildcard appearance at the 2014 Valencia GP with the GSX-RR), and Mir admits he didn’t expect to be able to challenge for the title in his second year in MotoGP.

But for this reason, he feels winning the title means something more than it would with another manufacturer.

“For me this was the reason to sign with Suzuki,” he said when asked what it meant to win Suzuki’s first title since 2000.

“For me to of course win a title with every [any] manufacturer is unbelievable, it’s the target.

“But I was quite brave in that moment to go with Suzuki because I didn’t expect this potential on the bike in second year.

“But was like this. To get a title with Suzuki means something more than normal.”