Outgoing MotoGP world champion Joan Mir says his jump start in Sunday’s Emilia Romagna Grand Prix was a result of him having doubts that he’d engaged his Suzuki’s launch control.

Mir had to start from 18th after a bad qualifying in tricky conditions on Saturday and was slapped with a double long lap penalty for jumping the start.

The Suzuki rider’s race only lasted two laps anyway, after a collision with Tech3’s Danilo Petrucci ended both of their afternoons early.

Mir explained that his jump start was a result of him doubting he’d engaged the Suzuki’s launch control, and admits start procedures now in MotoGP are “difficult to manage” with all the systems that need to be switched on.

“Well, honestly it was a difficult weekend and when it starts like this it’s difficult to make something,” Mir said.

“But the start, I made a jump start. I was looking at the… I had doubts that I’d put the launch control [on], and in the end there’s a lot of things to do in this case with the front, rear [ride height device], the launch control.

“It’s a little bit difficult to manage the situation, and also to start in 18th position.

“But anyway, I want to just to apologise to the team because on the race it was completely my mistakes.

“I didn’t know how to manage the situation, so I’m not happy.

“But we have to look a bit back on the weekend and to understand why we were on 18th position in the start.

“This is the first thing, and also when we showed great potential in wet, so quite frustrating.” 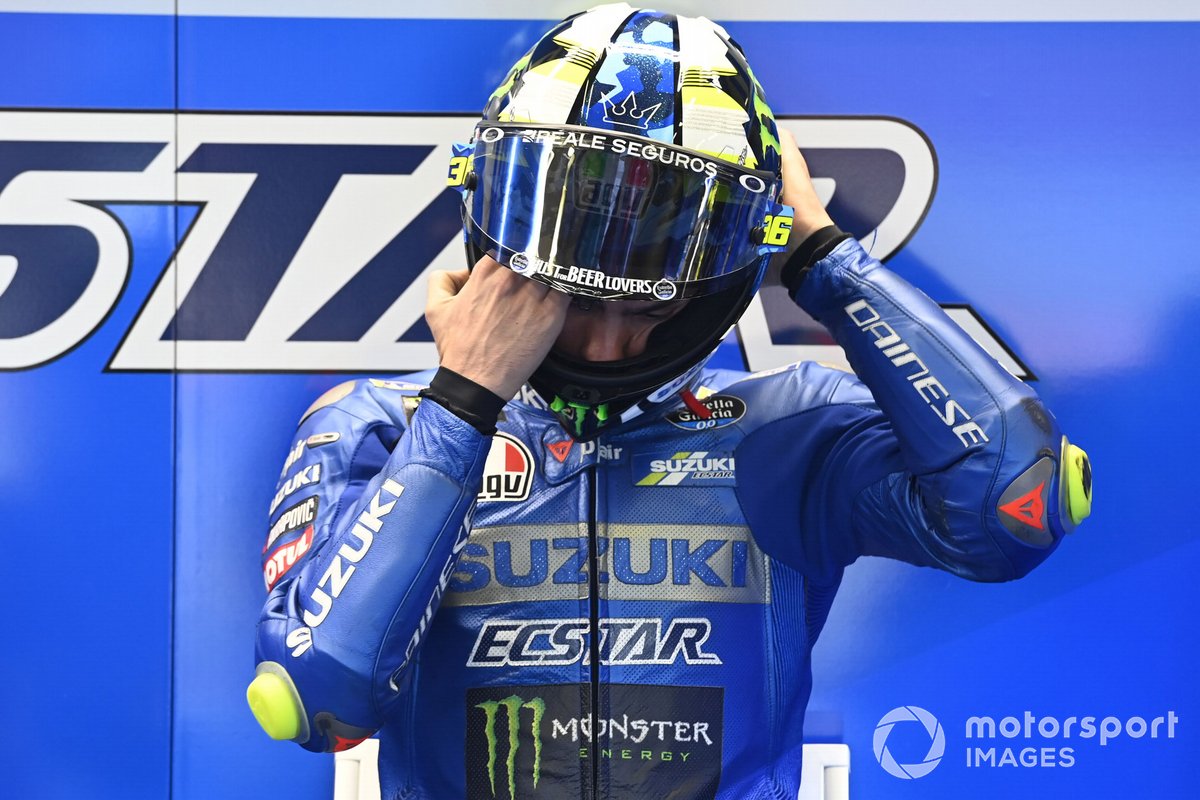 Mir also apologised for causing the Petrucci incident, admitting that he just got caught out by the cooler temperature on the left side of his front tyre at that point in the race.

“When I was overtaking Danilo, it was not a crazy manoeuvre at all,” Mir explained.

“It was just a left-hander and with this temperature, in the first laps you have to be a bit careful on the left side.

“And when I changed the direction, I just lost the front.

“But it’s a type of manoeuvre that I was not going to hit him or make a crazy manoeuvre.

“So, that’s why I think Danilo was not angry.

“I apologised to him because this is the type of thing I don’t want to do.

“Also, I have to say starting in 18th position in MotoGP is another thing, because all the riders are closing lines.

“It’s crazy. It is what it is when you start in 18th, you have a lot of riders in front and a lot of confusion. I’m happy that Danilo is fine, of course I didn’t do it on purpose.”