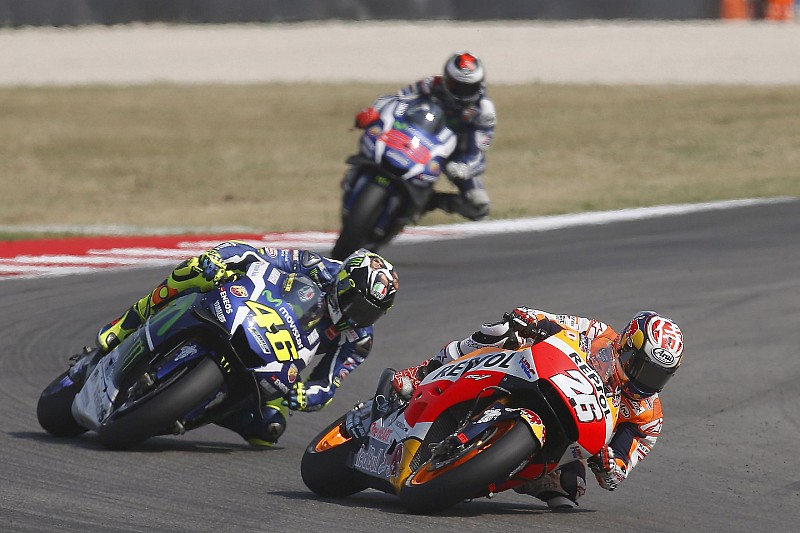 Dani Pedrosa's comeback and the intra-Yamaha rivalry will have taken up most of the headlines, but was there anyone else who put in an eye-catching shift at Misano?

Lorenzo triggering a thoroughly entertaining post-race spat with Rossi might be a sign that he's feeling confident again, and he's got reason if that's the case. Brilliant over one lap in qualifying, he looked set for another nightmare in the low-grip conditions of the 28-lap race, but instead produced a respectable run. He isn't reigning champion for nothing. 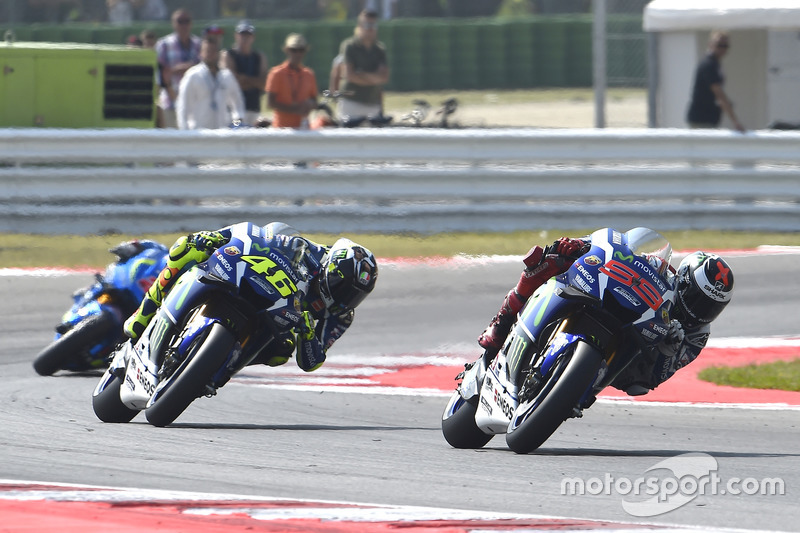 As far as weather and the Yamaha YZR-M1's pace was concerned, the weekend bore all the hallmarks of a Valentino Rossi victory, and that would've absolutely been the outcome if not for Pedrosa's resurgence. Still, even when the scales started clearly tipping in the Honda rider's midway through the race, Rossi gave it a seriously good shot. The Italian is producing championship form, but it does not look like there's enough rounds left. 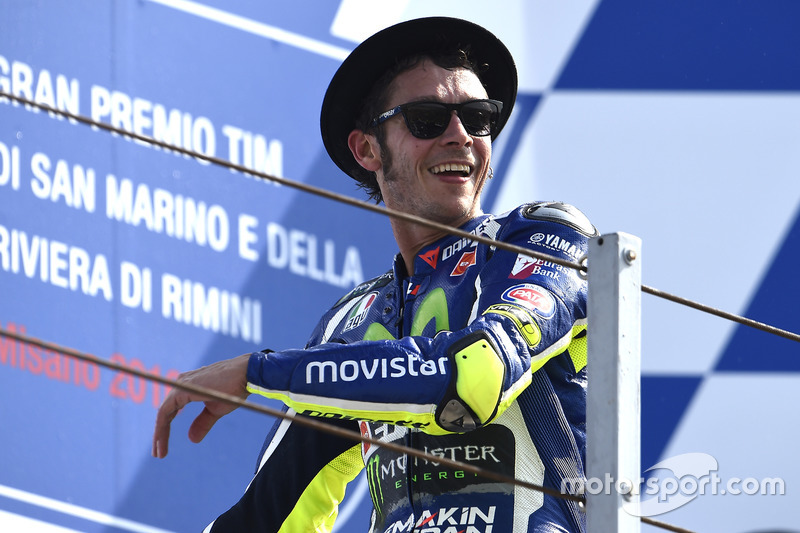 Admitted freely that he wasn't at all comfortable in Sunday's race and that he settled for simply banking the points after chasing Lorenzo didn't bear fruit. This is not the Marquez we've gotten used to in 2016, upsetting the odds and shaking the confidence of his rivals, but rather a Marquez who is protecting a lead. For now, that lead is comfortable still. 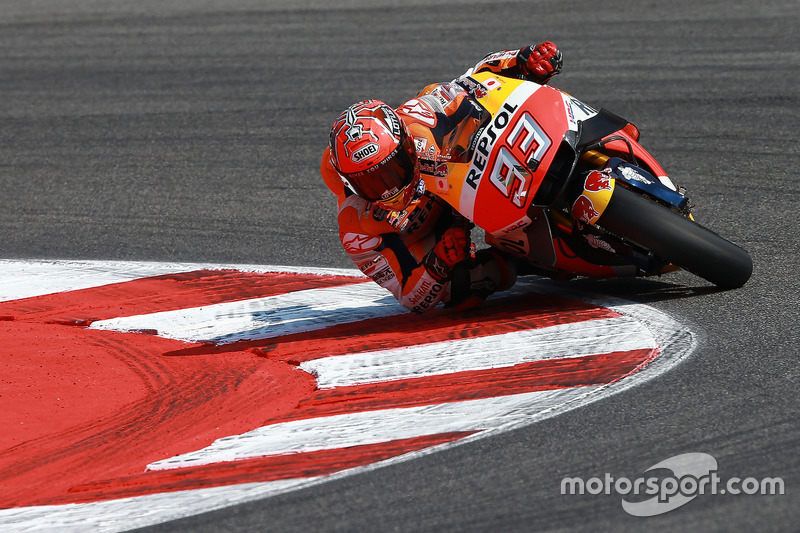 Misano will not have re-written the memo on Dani Pedrosa's obviously difficult 2016 campaign and it will not have silenced his critics. But it will act as a much-needed reminder of how good Pedrosa is on his day. A four-tenth deficit to Marquez in qualifying (on the smaller side, as far as 2016 is concerned) was not encouraging, but conditions and tyre choice on Sunday came together to give the Catalan his best chance of the year – and he took it brilliantly. Welcome back. 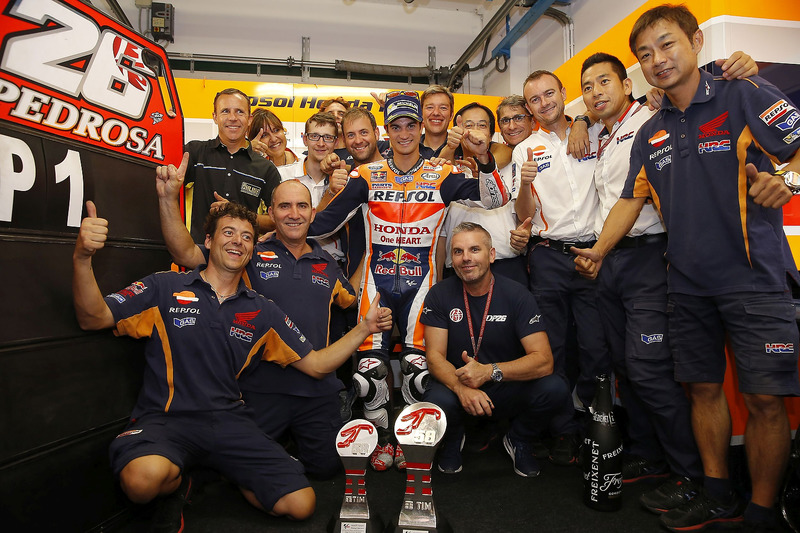 His part-time status in MotoGP was compensated this weekend by the huge amount of mileage he has at Misano, but even so, Pirro was downright impressive in the San Marino Grand Prix. Fast from the get go and much faster when he took over Andrea Iannone's entry, he even outqualified Dovizioso and finished just three seconds off in the race. Ducati should be proud. 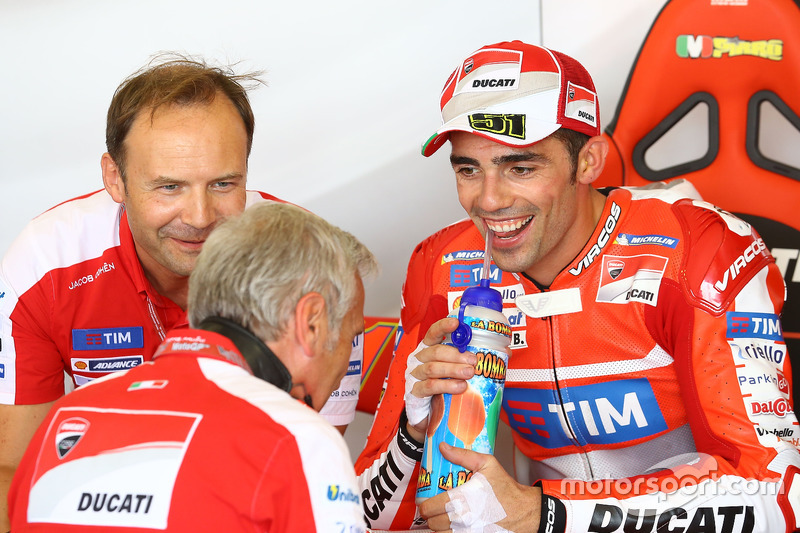 Slightly overshadowed by one-off teammate Pirro, even if he did outperform him in the race. After a sixth-place finish at a cold Silverstone, the very same outcome in drastically different conditions at Misano might be cause for concern, given that a better result didn't look possible on either occasion. But whether that's down to Dovi or what he refers to as the “limit” of the Desmosedici GP16 is difficult to tell. 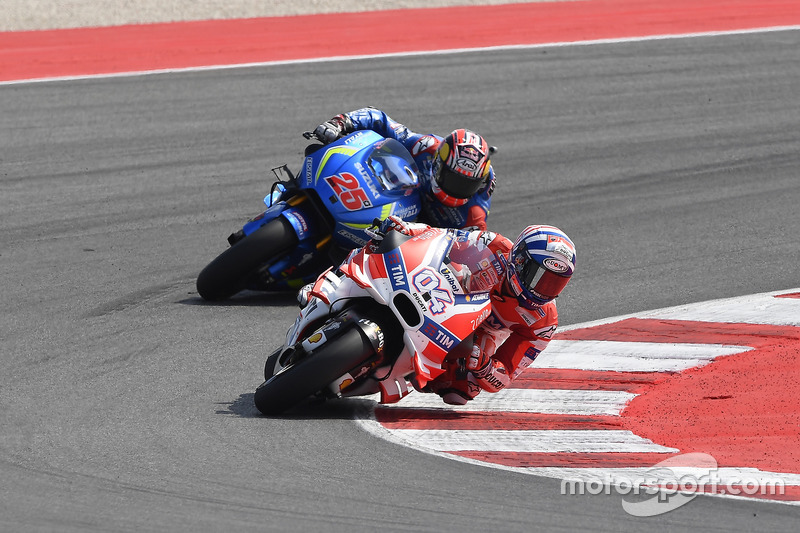 Suzuki was never going to sustain its Silverstone performance in radically different weather conditions at Misano, yet Vinales continued to impress, snatching a front row spot and bringing home a top-five finish. He was very comfortably the team leader all throughout and made the most of his chances by outfoxing Dovizioso despite a track limits penalty. 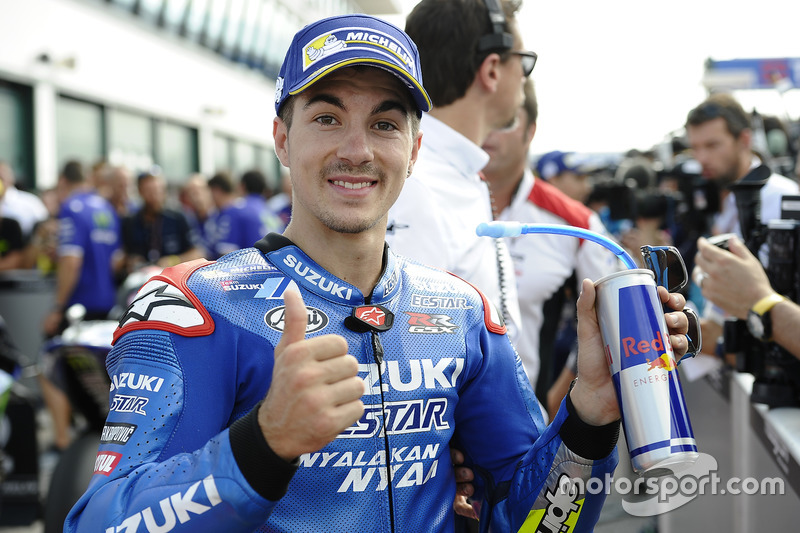 A Friday practice shouting match with Rossi was arguably a high point for Espargaro's Misano outing, as he spent the rest of the weekend adrift of Vinales, crashing in qualifying and in the race. He had joined Marquez and Vinales in the unorthodox choice of the hard front tyre, and for him it did not work out at all. 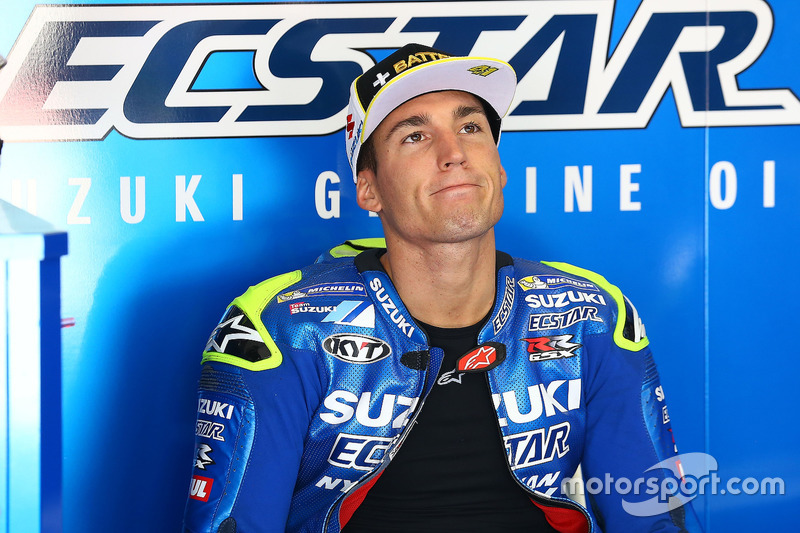 With three podiums in the four races prior to Misano, Crutchlow was understandably not too thrilled about an eighth-place finish this weekend, even if he was a top independent. Sure, it isn't a headline-grabbing result, but it is certainly a good indicator of a new equilibrium for the Briton's 2016 campaign, which, remember, had yielded just 10 points in the first six races of the season. 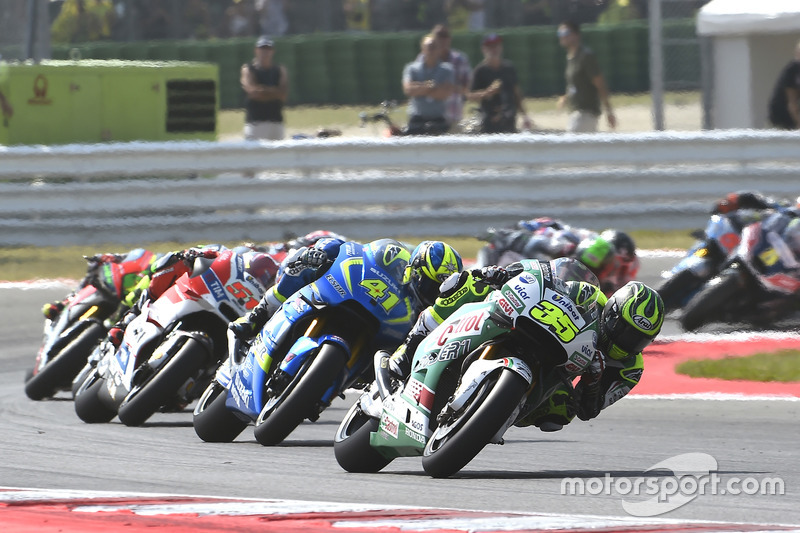 Lowes' MotoGP tenure clearly has a not-too-distant end date, but the Briton clearly isn't phoning it in. The Tech 3 replacement rider improved markedly as his second weekend in the series went on, and wasn't terribly far off making it to Q2. The race itself, unfortunately, did not work out and was over seven laps in with a crash. 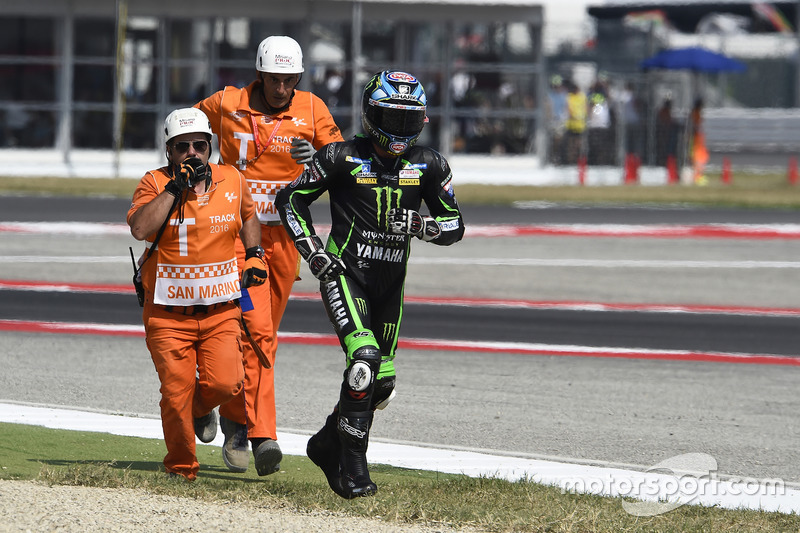 Looked so very fast early on, topping the proceedings on Friday, but the form sizzled out for the rest of the weekend – and effects of the Silverstone crash reared their head instead. Against that backdrop, ninth place – runner-up among independent teams – was not too bad. 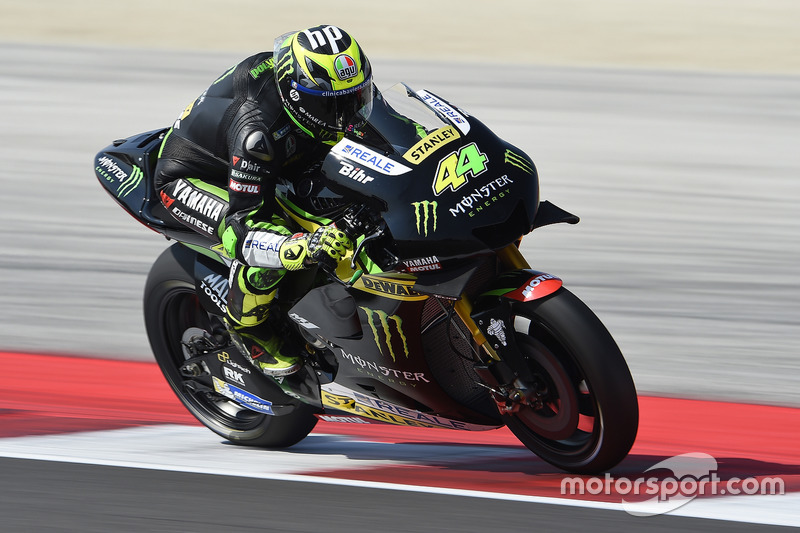 It was a complete disaster of a weekend for almost all of Ducati's satellite bikes, none of which made the top 10 in qualifying or the race. Petrucci, to his credit, came closest – despite his palpable distaste for the front tyre choices brought by Michelin this weekend, he found pace between Saturday and Sunday and soldiered through to 11th. 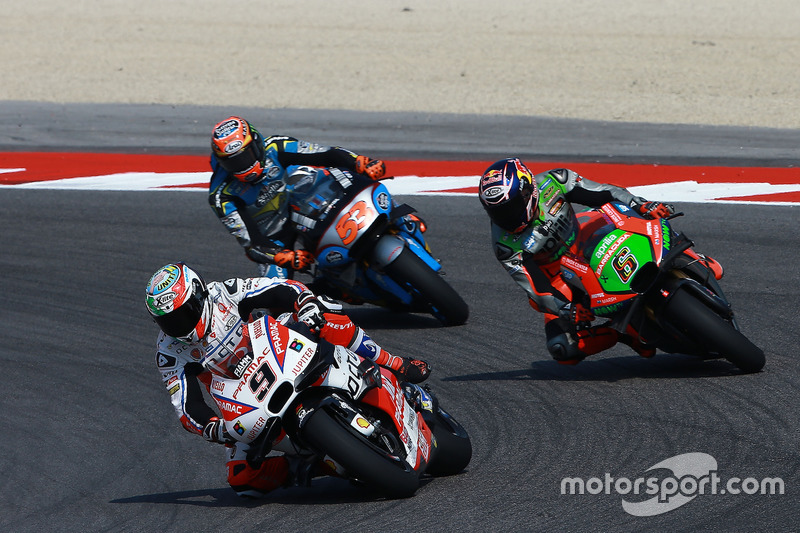 Redding's confidence will have taken a hit this weekend, though he stayed on the bike throughout. His best lap of the weekend came in FP2, and it was abject misery from that point on, as he crawled home to a 15th place finish, struggling in the warm conditions. Even in the context of the anonymous form of the Ducati privateers, it was a rather painful outing. 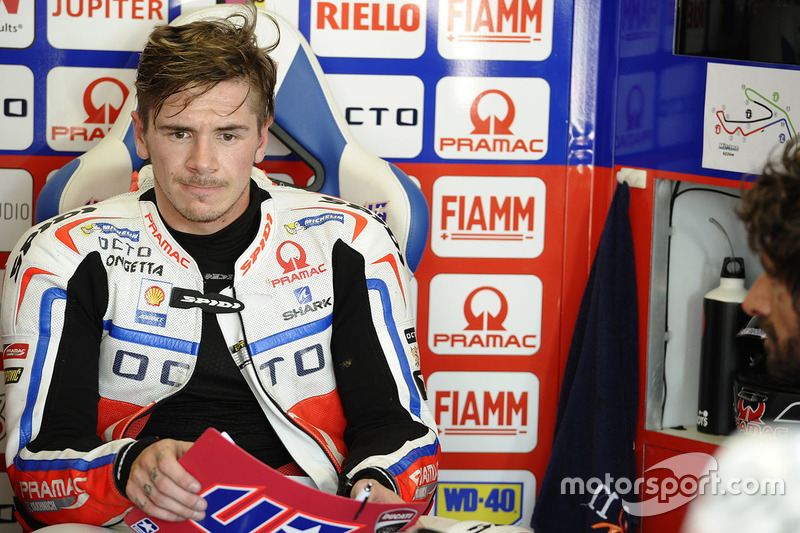