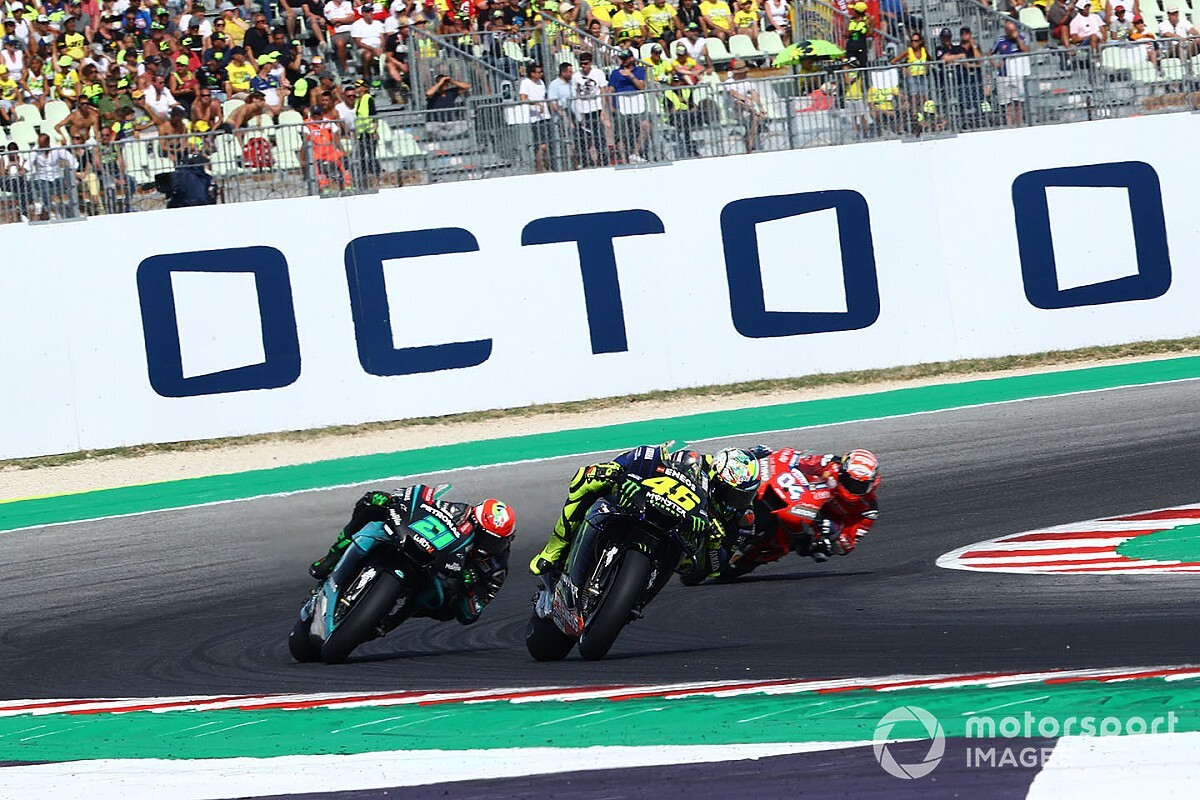 The San Marino and Emilia Romagna MotoGP rounds at Misano in September has been granted approval to allow fans to attend for the first time this season.

The coronavirus crisis has forced MotoGP promoters Dorna Sports to enact numerous protocols in the interest of paddock safety, chief amongst which has been the staging of races behind closed doors.

So far, the first three MotoGP rounds and four Moto2/Moto3 events have been held without fans in attendance, with the Austrian double-header at Red Bull Ring this week and next also being run in front of empty grandstands.

Though social distancing guidelines across Europe still largely prohibit large gatherings, the region of Emilia Romagna has granted Misano permission to open up its doors to up to 10,000 spectators across the three days of both events.

To ensure safety, protocols are being put in place to stop large groups interacting, which include dedicated parking bays for each grandstand and no roaming allowed.

A circuit statement read: "It is a decision that excites us - the promoters from the territory say in unison - because under specific conditions it also represents a green light for the restart of world sport finally in front of the fans.

"In a month we will be ready to safely welcome 10,000 guests who can enter the Marco Simoncelli Circuit every day, thus guaranteeing the possibility that 60,000 people can see the show live over the two weekends.

"Sincere thanks to the Emilia-Romagna Region and to President [Stefano] Bonaccini for having listened to and carefully evaluated our project.

"Of course, it's not 160,000 in just one weekend last year, but today we objectively have an opportunity that until a few weeks ago seemed impossible or very complicated to guarantee.

"In any case, it will be a support for the tourism industry, which can add an event that, it should not be forgotten, with the MotoGP 'caravan' guarantees at least another 3,000 people (Dorna has actually reduced paddock numbers to around 1600) involved in the organization and assistance to the teams and who will stay in Riviera.

"Added to this is the powerful media message that will reach the whole world."

On Monday, the Algarve Circuit in Portugal announced its intentions to be able to hold its debut MotoGP race on 20-22 November at the end of the season in front of fans.

It is unclear yet whether the return of fans to circuits will coincide with the paddock being opened back up to written media.