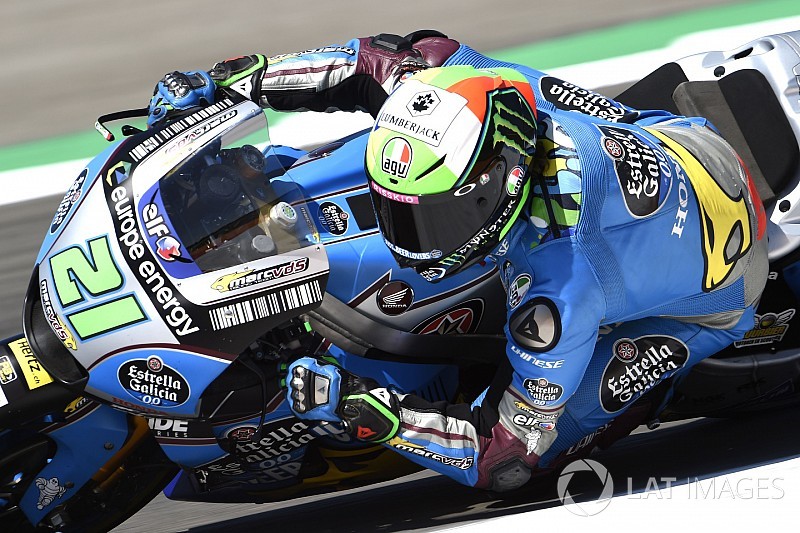 Marc VDS Honda rider Franco Morbidelli has been passed fit to ride in this weekend's Sachsenring MotoGP round.

Morbidelli was forced to sit out the Dutch TT at Assen two weeks ago after he crashed heavily in third practice and fractured the third metacarpal of his left hand.

His Marc VDS team announced he would travel to the Sachsenring, the venue for this weekend's German Grand Prix, to undergo medical checks on Thursday.

Now the Belgian squad has confirmed Morbidelli has been cleared by doctors to race.

The Italian rider is widely expected to join the new SIC Yamaha outfit next season, but the identity of his teammate remains in doubt amid Dani Pedrosa's uncertain MotoGP future.

Pedrosa will reveal his plans at 1600 local time in a special press conference at the Sachsenring.