LCR Honda’s Takaaki Nakagami feels he had a “great opportunity to win” the MotoGP Catalan Grand Prix, but sluggish opening laps meant he got stuck behind Ducatis. 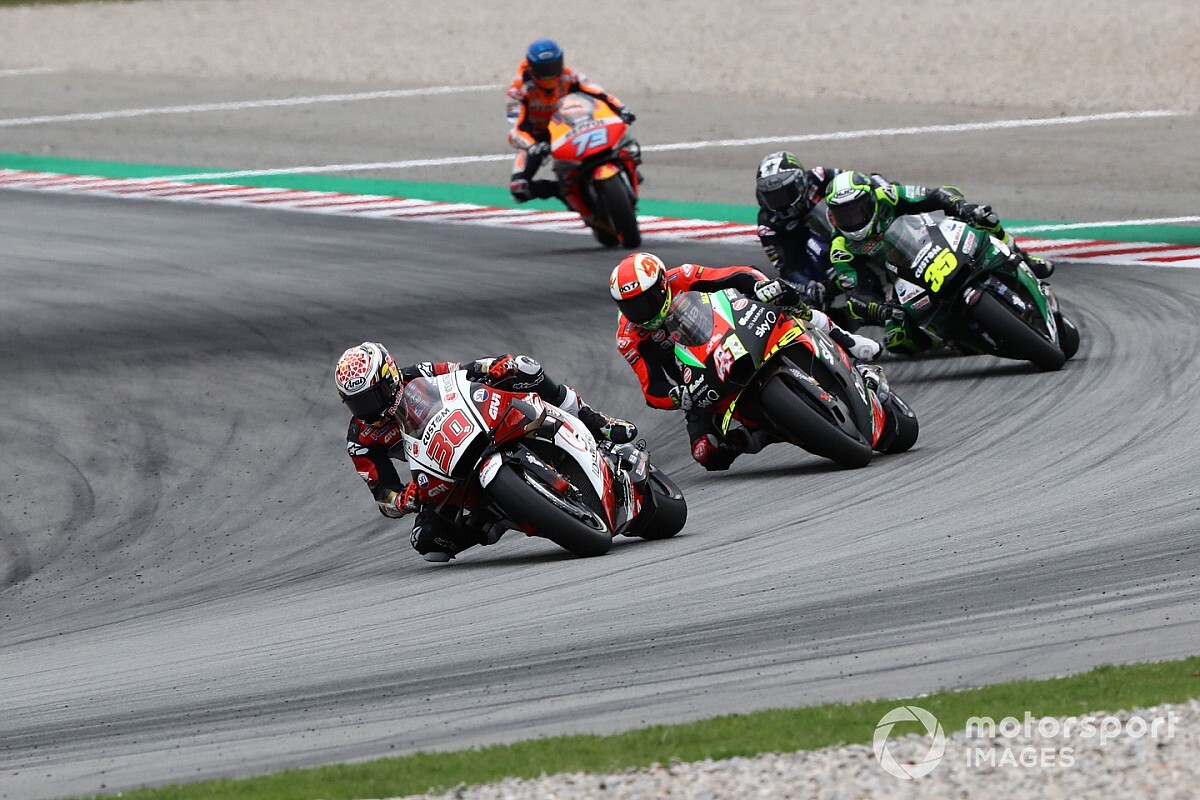 The Japanese rider had pace comparable with the frontrunners during the race-simulation FP4 session on Saturday, but gave himself work to do in the race after qualifying.

Nakagami didn’t make up any places in the first two laps, dropping to 12th position from lap three to 12 behind the KTM’s of Miguel Oliveira and Brad Binder. Once clear of them by lap 15, Nakagami struggled to find a way past the works Ducati of Danilo Petrucci owing to the Desmosedici being slower mid-corner than the Honda – which killed the LCR rider’s acceleration onto the main straight – and failed to overcome the two Pramac bikes.

Nakagami believes he was “too gentle” on his tyres in the first three laps and could have fought Fabio Quartararo for victory having ended up just 3.6s adrift in seventh.

“At the end of the race I think I was absolutely [the] fastest man because I still had a lot of grip on the rear because I managed good at the start of the race,” said Nakagami. “But I was behind Ducatis again and I couldn’t overtake because mid-corner I was so fast but they are a bit slower. So, you have to stop mid-corner and then you lose the acceleration.

“I couldn’t overtake them. To end up P7 I was very disappointed because just from the top I’m less than three seconds [back], 3.6s, which means I think in this race we had a great opportunity to win the race. But in the end, P7 for me is nothing.”

Elaborating on his early-race struggles, Nakagami admits he was having difficulties under braking.

“I was too gentle in the beginning of the race. It cost [me] a lot.”