MotoGP riders prepare for battle in the Czech Republic 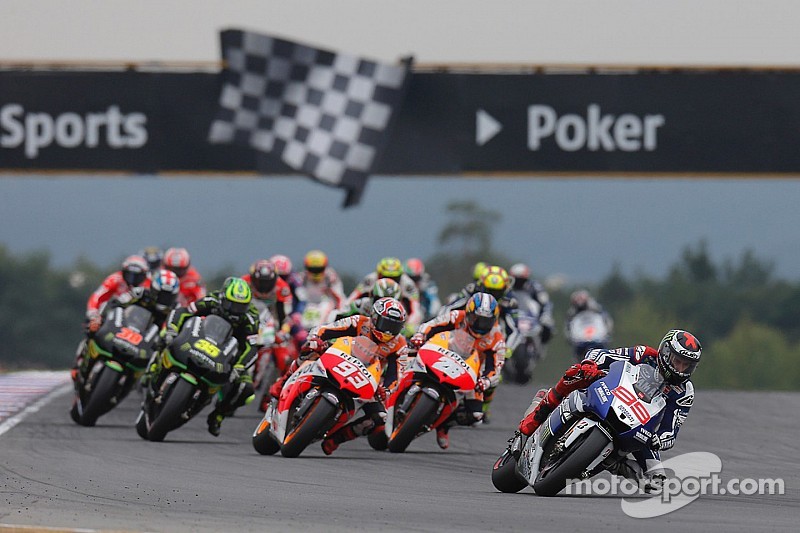 Round 11 of this year’s MotoGP World Championship will get underway on Friday 15th August with the riders eager to get back on track at the Automotodrom Brno ahead of Sunday’s bwin Grand Prix České republiky.

We’ll have to work hard from Friday to give ourselves the best chance on Sunday!

Marquez sits 89 points clear of teammate Dani Pedrosa and is on track to set break another record, this time around to set a new record of taking 11 consecutive victories in the premier class with the previous record of 10 being set by MotoGP legend Giacomo Agostini in the late 1960s and early 1970s.

Speaking ahead of getting on track, Marquez was hopeful their private test at the track would give his team the edge this weekend. He said, “Brno isn’t one of my favourite tracks but I’ve had quite good results there in the past. We were testing here a month ago and even if the grip was very low at the time, I hope some of the data we collected will be a help! Everyone knows that historically Yamaha are strong here so we’ll have to work hard from Friday to give ourselves the best chance on Sunday!”

Teammate Pedrosa is looking forward to getting started saying, “Brno is a track that I really enjoy, I usually do well there. I am really looking forward to get there and get back the feeling with the bike since Indianapolis did not go too well. I am hoping to be able to take full advantage of the good feeling we had while testing there before the summer break and the setting we found then will help us push to get good results.”

Movistar Yamaha rider Valentino Rossi has amassed seven wins at Brno during his career saying, “I really like the Brno circuit. In the past I really did good races although in the last couple of years I’ve not had a great performance there. In Czech Republic we will have to repeat what we did in Indianapolis; concentrate, study corner by corner in every practice and do the maximum to fight with Marc and Jorge. It would be great to return to the podium there.”

Rossi’s teammate Jorge Lorenzo was upbeat ahead of this weekend and believes the track will suit his YZR-M1 better than Indy. He said, “I think Brno could be good for us like in Mugello or Montmeló. It will be difficult because Marc is pretty constant in all the tracks. We have improved a lot from Barcelona and we found some little things that permit us to be more constant and competitive as well.

Physically I feel already in a good shape and I can keep a good pace during the race. Maybe in Brno with this bike we can fight for the win but to be more competitive in all the tracks we need more efforts to get some more tenths. Anyway I’m happy after the race at Indy and we will keep fighting until the end,” Lorenzo added

Bridgestone preview: Round 11 in Brno

Marquez fastest on rain affected day one at Brno