MotoGP champions Valentino Rossi and Marc Marquez have both admitted concern over the circumstances in which Avintia stand-in Christophe Ponsson will make his MotoGP debut at Misano.

The 22-year-old Frenchman has been called up by the customer Ducati team to complete in place of Tito Rabat, who had fractured his leg in an accident at Silverstone, and will ride Xavier Simeon's two-year-old GP16 bike.

The Misano race will mark Ponsson's first outing in grand prix racing, and the highlights of his CV are an incomplete British Superbike campaign and a full season in World Superbikes, where he finished 22nd overall in 2015.

Both Marquez and Rossi said they hadn't previously heard of Ponsson, who currently competes in the Superstock 1000 class of the Spanish championship and sits fifth in the 2018 standings, a place behind one-time Avintia stand-in Mike Jones.

“To ride a MotoGP for the first time in a weekend of the race, for me, is not a great idea because the brakes, the tyres, maybe is not very safe,” Rossi said.

“We need to keep attention. I don't know him, maybe he is good and fast. We will have to see.”

Marquez, for his part, reckoned that financial considerations played a part in Ponsson's call-up.

“I didn't know that was another rider in place of Tito,” he said. “I don't know him [Ponsson], but to race in MotoGP you have to have a minimum level or career.

“To arrive in MotoGP because of money is not the way, we are the best championship in the world. I know some people need to arrive like this, but it's not safe. But we will see.” 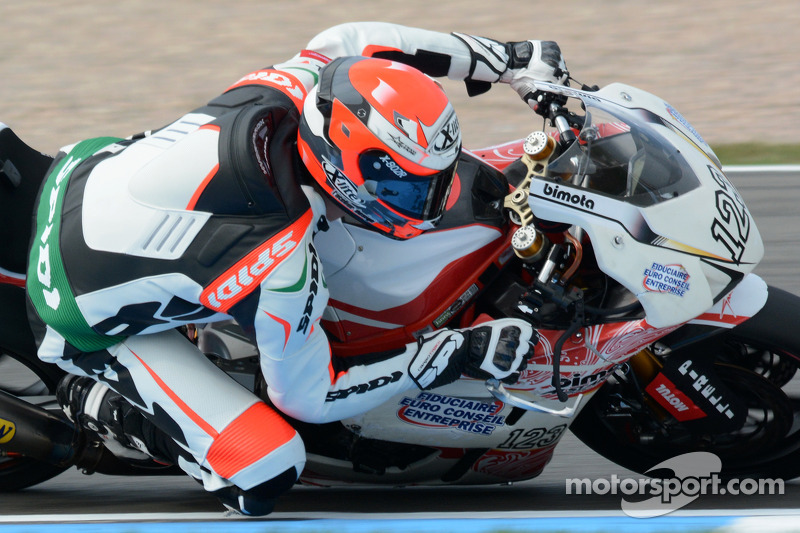 MotoGP's rules mandate that a team make “every reasonable effort to provide a qualified substitute rider” for every race that takes place 10 days or more after the team's regular rider is declared unfit.

Aprilia's Aleix Espargaro is among those who believe the championship needs to have stricter criteria for who is allowed to compete.

“I say many times in the past. MotoGP is super difficult class," he said. "We cannot give a MotoGP bike to whoever.

“When we are together, corner one - for him will be super difficult in just three sessions to be competitive, but it's enough to create a disaster, with carbon brakes, with almost 100 horsepower, also maybe a new track for him...

“We have to have a special license or something, will be better, sincerely.”

But LCR Honda's Cal Crutchlow was more open to the prospect of having Ponsson on the grid.

The Briton said: “I’m always in two minds, because I think it’s great to give people opportunities in life, in sport, in this paddock. So why not have a new guy ride the bike?

“But as we know if you’ve not even raced for a year, or so, you can make mistakes.

“I don’t know the guy, I’ve never met the guy, I hope he has a fantastic weekend.

"I’m sure this guy has enough talent to ride a motorcycle at a good level.”