Miller "gave up" on MotoGP title hopes after Le Mans

Jack Miller says his ninth in the Aragon Grand Prix didn't impact his MotoGP title hopes as he "already gave up that ghost" at Le Mans. 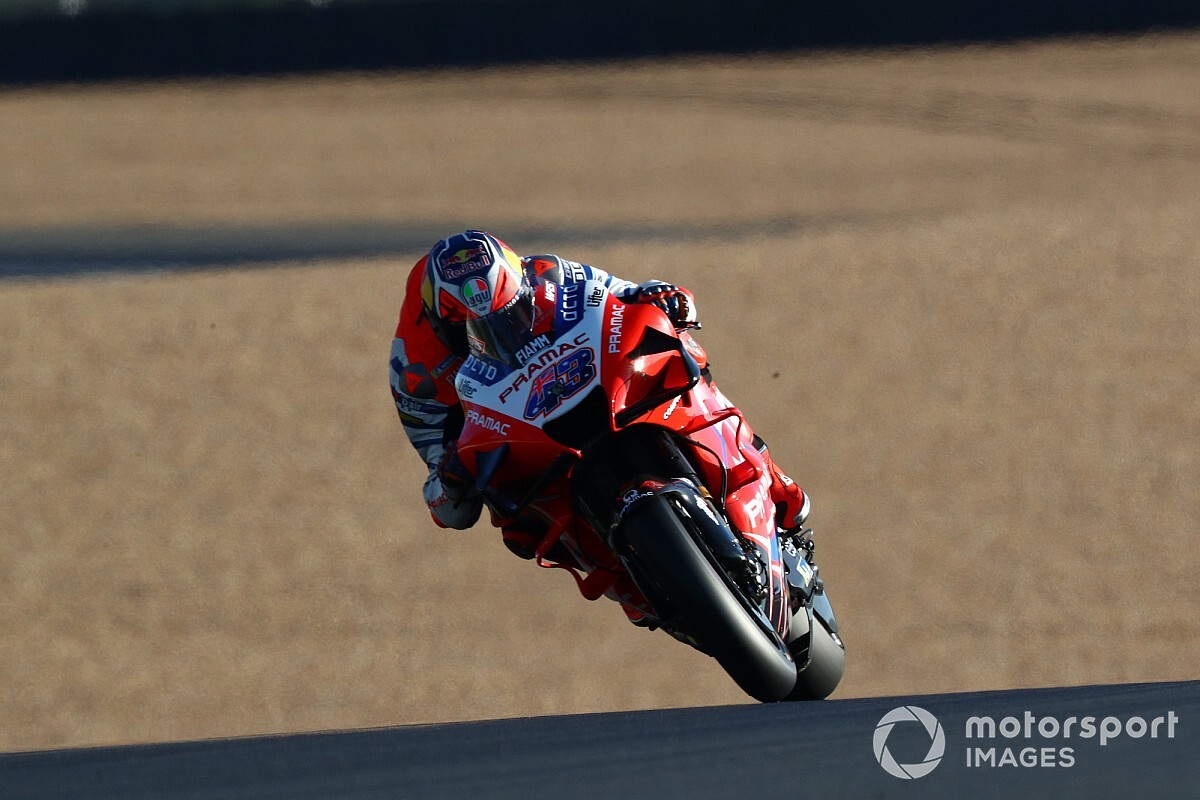 The Pramac Ducati rider struggled in the opening stages of Sunday's race for rear grip on his medium rear, but was anticipating to come on strong as the frontrunners suffered a drop with their soft rubber.

This never happened, however, and Miller could do no more than ninth having started from fifth.

But he says this result hasn't impacted his title challenge as he admits his "inevitable" engine-related retirement from the French GP the week before effectively ended his hopes.

"I already gave up that ghost last weekend," he said of his title aspirations.

"I mean, it was a long shot anyway, but all I'm going for now is trying to get myself back on that podium and try and get as many points towards the end of the season.

"I think that's the only realistic thing to do for us at this point in time.

"Definitely expected more from [the race]. When I saw the likes of [Alex] Marquez and the Suzukis, how much smoke was bellowing off the back of their bikes exiting Turn 10 and last corner, I thought we were on for a rostrum at least. But that wasn't to be.

Factory Ducati rider Danilo Petrucci says he "fell off" his bike in the latter stages after KTM's Pol Espargaro collided with him at Turn 5, which dropped him from 11th to the 15th at the chequered flag.

"Unfortunately with three laps to go, Espargaro hit me from the back and I just felt the touch," Petrucci explained. "I fell from the bike.

"Fortunately, I was able to get up on the bike, but I go straight on and I lost the position to him, Aleix [Espargaro], also [Iker] Lecuona.

"So, was not a day to remember, but losing three positions in one moment I'm not happy about that.

"[It happened] at Turn 5. In the corner before, Brad Binder passed me. I tried to cross his line but I just felt the bike of Pol touch my back and I fell from the bike. Fortunately, the run-off area was on asphalt and I was able to stay up at least."

Espargaro declined to comment on the incident having felt in previous days his comments about other riders have been twisted.

Why Rins should have never been doubted