Multiple operations could rule Crutchlow out until 2019 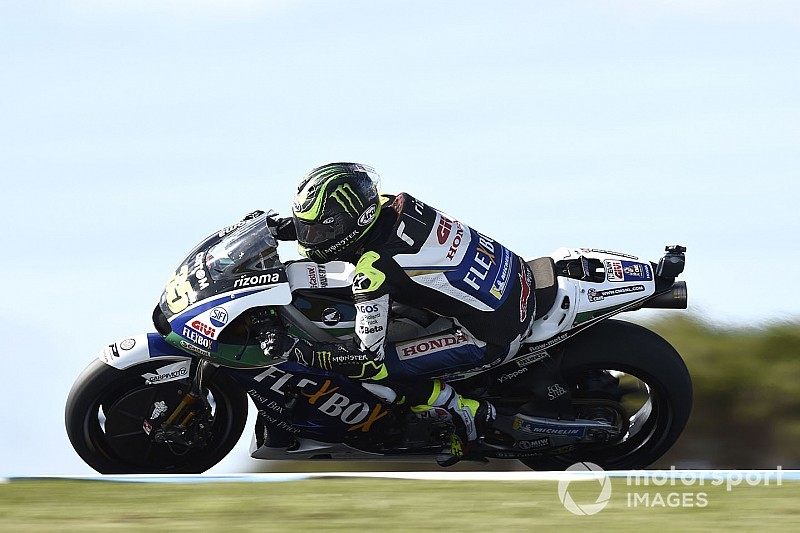 Cal Crutchlow may not return to a MotoGP bike until 2019, as ongoing surgery after his nasty fall at Phillip Island threatens to cut his season short.

The LCR Honda rider crashed at over 220 km/h in Phillip Island's ultra-fast Turn 1 during yesterday's second free practice session, safety crews forced to transfer him to the paddock medical centre by ambulance.

He was swiftly diagnosed with a 'bimalleolar and anterior tibia part right ankle fracture' by the medical director, and air-lifted to hospital in Melbourne.

Early this morning Crutchlow underwent a first stage of surgery on his tibia, however there is more to come. He now faces a five-day wait before further investigation on the fractured malleoli in the lower part of the ankle, which will require further surgery.

His family left Europe last night to join him in Melbourne.

Motorsport.com understands that the ongoing surgery will keep Crutchlow in Melbourne for at least the next 15 days, and that missing the remaining two rounds of the season is highly likely.

That means he could feasibly not return to a MotoGP bike until pre-season testing in 2019.

Stefan Bradl is expected to replace Crutchlow at the final two grands prix of the season.

Crutchlow had been sitting fifth in the MotoGP standings and first of the non-factory riders. However missing the three upcoming races if likely to hand the non-factory bragging rights to Johann Zarco or Danilo Petrucci.