Nakagami: Being only rider on '18 Honda "difficult"

Jerez MotoGP test pacesetter Takaaki Nakagami admits being the only rider on a year-old Honda bike next season will be "difficult".

Nakagami sprung a surprise by topping the final day of 2018 running at the Spanish circuit, using injured LCR teammate Cal Crutchlow's bike from this season.

The Japanese rider described his new mount as a "really big improvement" compared to the 2017 machine on which he contested his rookie MotoGP season this year.

With the Marc VDS squad, which also ran '17-spec Hondas for Franco Morbidelli and Tom Luthi this season, collapsing,  Nakagami will be the only rider in Honda's slimmed down stable not using the latest bike.

And although he feels the performance gap between the 2019 machine and the '18 bike is smaller than the leap from the notoriously hard-to-ride 2017 Honda, he admits the situation is not ideal.

"This is difficult," conceded Nakagami. "I know the Repsol guys [Marc Marquez and Jorge Lorenzo] are still working on the '19 bike, I think [it's] not 100 percent fixed. That’s why they have a lot of bikes and they are testing a lot.

"But for sure for next year, [it's] not helping, because there are only four Honda riders, and three riders are on the '19 [bike], and only me on the '18.

Crutchlow, whose 2018 campaign was curtailed by a monster crash in Phillip Island, believes Nakagami can aspire towards a much stronger second season in MotoGP after finishing 20th overall in 2018.

Nakagami scored his first top-six in a wet season finale in Valencia, and Crutchlow believes this is where the 26-year-old should consistently aim to be next year.

“I think he did a good job, he finished a lot of the races last year, which isn’t easy in MotoGP in your rookie season," the British rider told MotoGP.com.

"I think he’s on for a good year next year and we’ll try and help him – me as a rider and the team as a team – to be towards the front end. He needs to aim for top sixes and I think he can get them.”

Nakagami himself said his goal is to be a consistent top-10 performer in 2019, and to try and break into the top five at certain tracks.

"I think top 10, we have to finish each race," he said. "Some tracks maybe we have chance to go into the top five.

"I’m really curious to race at some tracks, especially here at Jerez, here I like it, maybe we have chance to finish in the top five or top six. We will see." 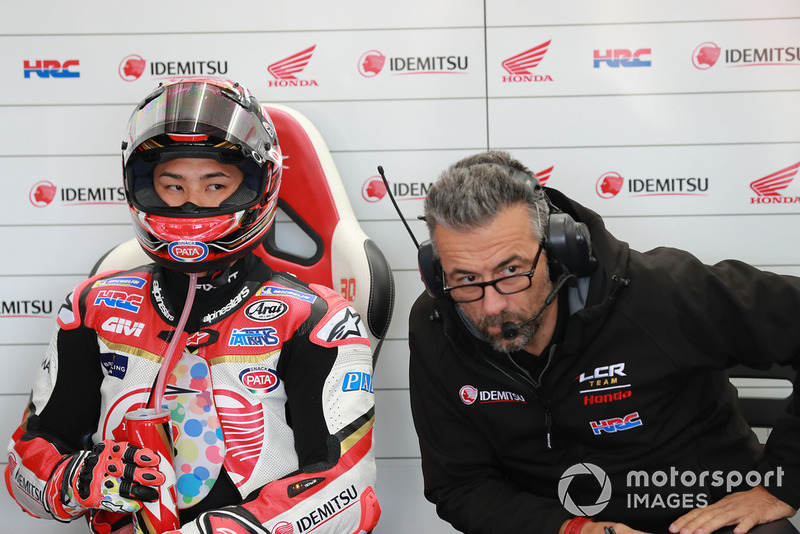 Vinales: Yamaha MotoGP bike has been too big for me

Jack Daniel's teams up with the Kelly Gang