LCR Honda rider Takaaki Nakagami says he fears a "tough" final MotoGP outing of the 2019 season at Motegi due to his lingering shoulder injury, which he described as a "disaster".

This weekend's Japanese Grand Prix will mark Nakagami's final outing of the year before he is replaced for the remaining races of 2019 by ex-KTM rider Johann Zarco.

He will start it from the fifth row of the grid after narrowly missing out on progressing from Q1 to Q2 in damp conditions at his home circuit.

"Yeah of course, a little bit disappointed [to miss Q2]," said Nakagami. "Until the last moment I was in P2. I thought I could get through to Q2, but this is the result. I gave it my best.

"The performance is nice, really close to P1 and Cal, so I’m looking forward to tomorrow. Hopefully conditions are better than today."

Following the Motegi race, Nakagami will undergo surgery on the shoulder that he injured in his high-speed Assen crash, which was triggered by a clash with Valentino Rossi.

He will aim to have recovered in time for next February's Sepang pre-season test, having finally had his 2020 LCR deal confirmed in the run-up to the Motegi weekend.

Asked if his shoulder was holding him back on-track in Japan, Nakagami replied: "This weekend so far was a disaster, let’s say. As you know this track layout is not helping physically, especially [in] long hard braking it's tough.

"Yesterday I’m not able to hold on to the bike after three laps, but today in the mixed conditions, wet conditions, [I felt] less stress. I felt good.

"Tomorrow will be dry and it’s gonna be tough. This is my last race of the season, so simply I will do my best."

Nakagami was wary of giving predictions for his final outing of 2019, noting only that his shoulder trouble compromised his dry running on Friday.

"[I did] not so many laps yesterday and we did not prepare well for the race distance," he said. "We'll try to make a good start and follow into the top 10, would be good." 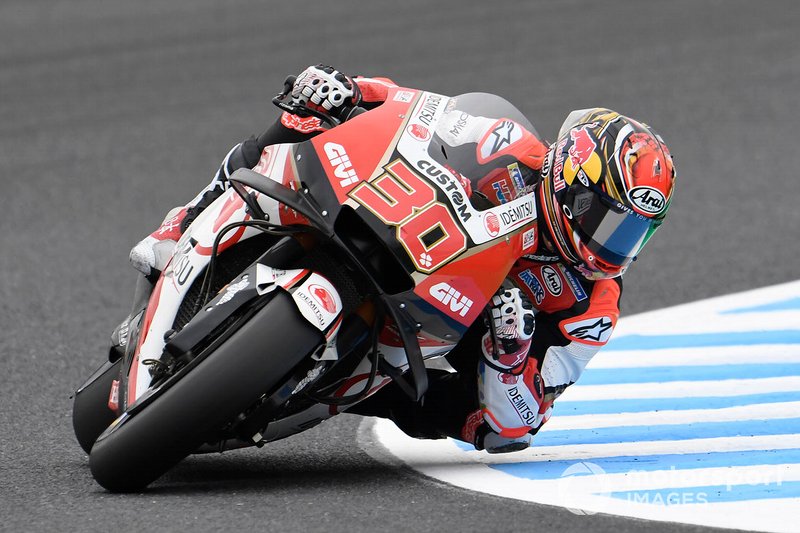 Outpacing Quartararo among "most difficult things in the world"