Subscribe
Previous / Honda: Teams' title would be "incredible" in current situation Next / Dovizioso "not that happy" to seal runner-up spot
MotoGP Breaking news

LCR Honda rider Takaaki Nakagami underwent surgery on his right shoulder on Tuesday after cutting his MotoGP season short to deal with the injury.

Nakagami opted to skip the final three rounds of the year in Australia, Malaysia and Valencia, making his final appearance of the 2019 campaign at his home race in Japan.

There, he struggled to 16th place, admitting the pain in his shoulder - caused by his crash with Valentino Rossi during June's Dutch TT at Assen - affected his speed.

In the wake of last weekend's Phillip Island race, where Nakagami was replaced on LCR's year-old Honda by ex-KTM rider Johann Zarco, the 27-year-old's operation took place at Funabashi Orthopedic Surgical Hospital in Chiba on Tuesday.

Dr. Hiroyuki Sugaya, who performed the surgery, said: "[Nakagami] had severe cartilage damage in the shoulder, so I removed the damaged cartilage to mobilise [the shoulder].

"The final outcome looks very nice, so I think he will be ok for the next MotoGP season.”

Nakagami himself added: "I’m really grateful to Doctor Sugaya. I’ll start physiotherapy when I can and will hopefully be fit and well as soon as possible.

"I want to thank [sponsor] IDEMITSU, HRC and LCR for understanding my decision and for giving me their support. I can’t wait to be back for the Sepang test [in February].”

The highlight of Nakagami's truncated campaign was a fifth place at Mugello, where he beat LCR teammate Cal Crutchlow. He scored a total of 74 points, more than doubling the tally he scored in his debut MotoGP season last year despite missing three races.

He will again race a year-old Honda bike for LCR in 2020. 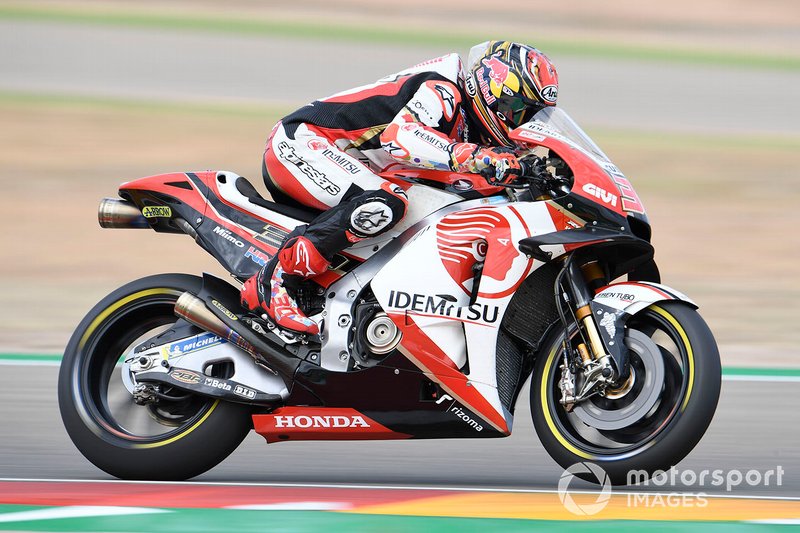