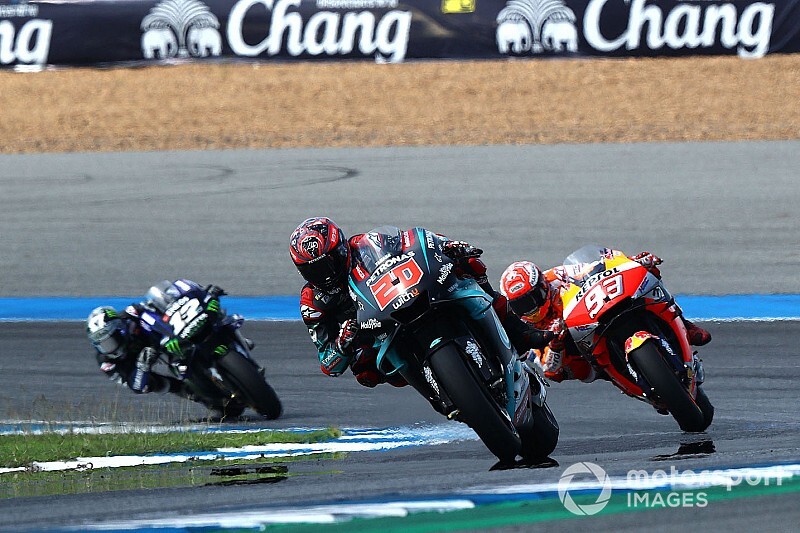 MotoGP has issued an updated 2020 calendar in wake of the coronavirus-induced disruption to the Qatar and Thailand races, with Austin now confirmed as the first round of the season.

New quarantine procedures implemented by the Qatari government on travellers from Italy led promoter Dorna to cancel the MotoGP season-opener, though Moto2 and Moto3 will race at Losail this weekend as both championships were already there for a pre-season test.

A ban on large gatherings in Thailand led to round two getting postponed, with that race now scheduled for October 4.

This means the Aragon Grand Prix, which was scheduled for that date, will be brought back to September 27, two weeks after the Misano race on September 13.

The MotoGP season is now set to start on April 5 at the Circuit of the Americas, before moving onto Argentina a fortnight later, although it remains to be seen what steps the American government will take in terms of travel and quarantine procedures in the wake of the rising number of cases of COVID-19, particularly in Europe.

All going well, the first European round will still be the Spanish GP at Jerez on May 3.

The Italian GP at Mugello is still scheduled for its 31 May date, though this will likely come under review should the outbreak in the region fail to improve.