Pedrosa: Replacing Zarco at KTM is “not my plan”

Dani Pedrosa has moved to downplay suggestions he could come out of retirement to replace Johann Zarco in KTM’s factory MotoGP line-up in 2020.

The two-time 250cc champion, a winner of 31 premier-class races, put an end to his top-line career last year after 13 seasons with the factory Honda team before taking up the chance to join KTM as a test rider for 2019.

Zarco’s shock decision to end his KTM tenure after just one season has provided an unexpected opportunity for Pedrosa to return to racing a year on from hanging up his helmet.

But speaking to Servus TV on Monday, the Spaniard reiterated his contentment with only testing and not having to deal with the pressure of race weekends.

“In this situation it is first of all just sad for Johann,” said Pedrosa. “He has come this far, but if you are now at this point and so desperate, there is probably nothing left but to get out.

“I have great respect for him, he is a great rider. But at the moment I don't know how to react. I still have the order to test for KTM. And that will also be my position in the future, I think.

“I’m so much more relaxed now than before, I don't have all this pressure. I can now concentrate on the tests and don't have to look so much at the races anymore. So that's not my plan now.”

KTM motorsport boss Pit Beirer described the idea of Pedrosa making a full-time MotoGP return with the Austrian marque as a “fantasy” but was also keen to underline the alternatives available within the KTM stable, including Tech 3 rider Miguel Oliveira and tester Mika Kallio.

“First of all, we are extremely happy about what kind of work [Pedrosa] does in the test team and how he integrates himself into the team,” said Beirer. “That's a lot more than we expected.

“What he had prepared for Miguel as a package for Spielberg was first-class. So we are already benefiting enormously from Dani. That's why he is enormously important to us in the role he's in right now.

“We can let the other fantasy fly a little, but he has a very clear mission with us. He has fully accepted it and we are working on it.

“And I would also like to remind you that we have three top riders under contract, we have Miguel, Pol [Espargaro] and Brad Binder next year.

“We also have another great test rider sitting at home with Mika Kallio. He keeps fit all the time. So we have a very good situation with the riders anyway.” 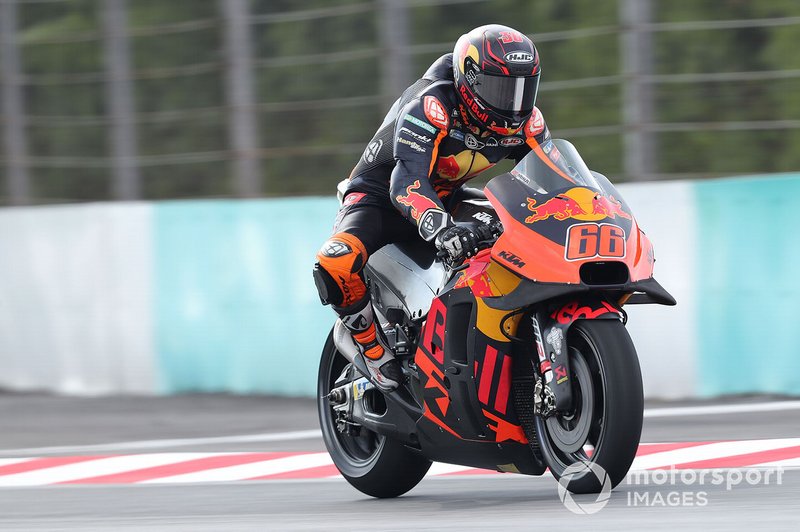 KTM: Zarco had "tears in his eyes" asking for termination