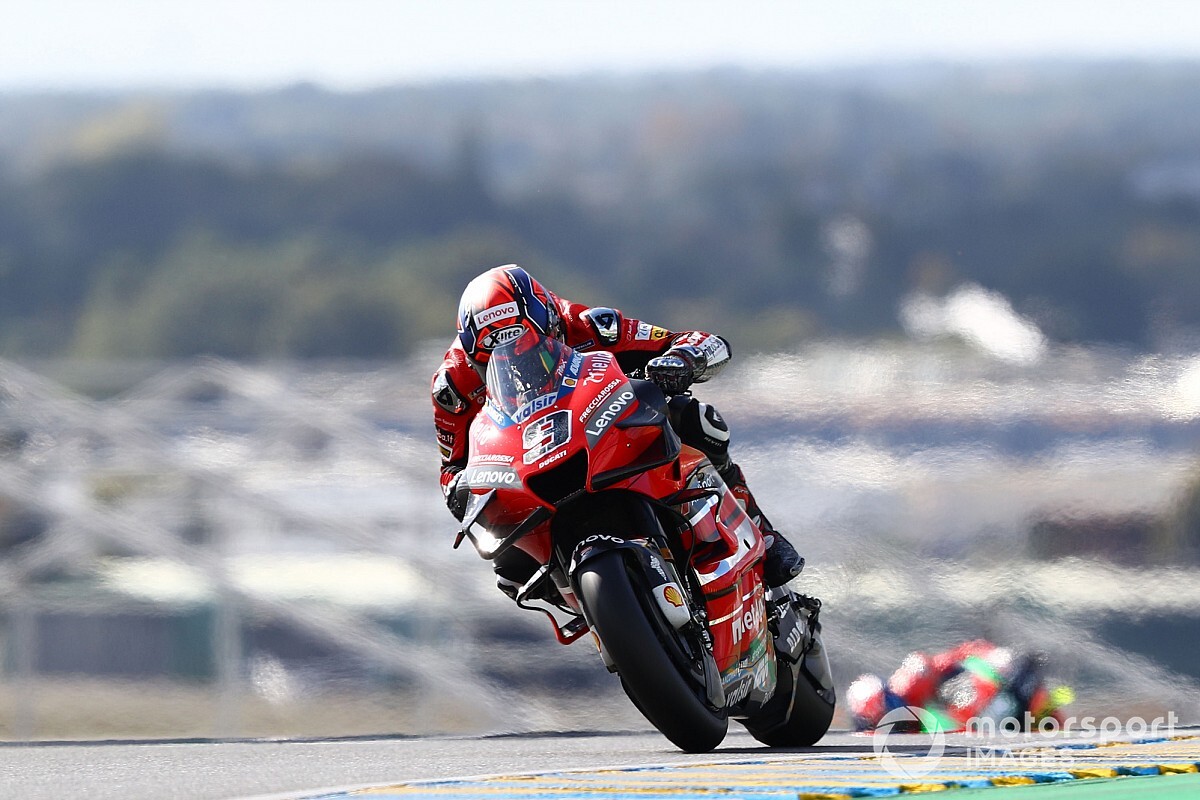 Having had to come through Q1, Petrucci qualified his works Ducati on the front row for the first time since his Italian Grand Prix-winning weekend at Mugello last year.

Having been a podium finisher at the French GP in the last two seasons, Petrucci “knew I could do a good weekend” at Le Mans having “found something better” under braking with the GP20 last time out at Catalunya.

Starting from third, Petrucci says his front row has taken on further importance as he expects a mass battle for the podium on Sunday.

“I knew I could do a good weekend here,” Petrucci said. “But this morning [in FP3] in my last run I always found some yellow flags, so it was impossible for me to do any lap times.

“So, I had to pass through Q1. I feel good with the bike. I always liked this track since I joined MotoGP and during my past seasons here I always find a good feeling.

“Since Barcelona I found something better on the bike, especially on braking where I struggled the most during the year.

“And in Barcelona I lost a lot of time on the straight and at Le Mans there are not so many long straights.

“So, I think it’s a good thing to start in the front row because I think 10 riders can fight for the podium.

“At least start in front you can stay away from the problems and maybe manage better the race.”

Both factory team Ducati riders Petrucci and teammate Andrea Dovizioso have struggled all season to adapt to 2020 Michelin rear tyre, with most of their problems coming under braking.

But Dovizioso has also enjoyed an upturn in form at Le Mans this weekend, qualifying sixth having made several bids for pole position late on.

The Italian believes part of this is down to the layout of the track not having many straight braking zones, but is unsure whether the Ducati is just working better or its rivals are struggling more.

“I don’t have a clear answer for this,” he replied when asked why Ducati was stronger at Le Mans.

“Maybe the competitors struggle a bit more than us in these conditions or this track.

“About me, about the tyre, I think there is less straight braking and this maybe helps me with the negative points to manage the rear tyres on braking.

“And that’s it. I can’t know exactly why some of the bikes struggle maybe a bit more, I don’t know if that’s the case because the pace is really fast for a lot of riders. So, we will see in the race.”