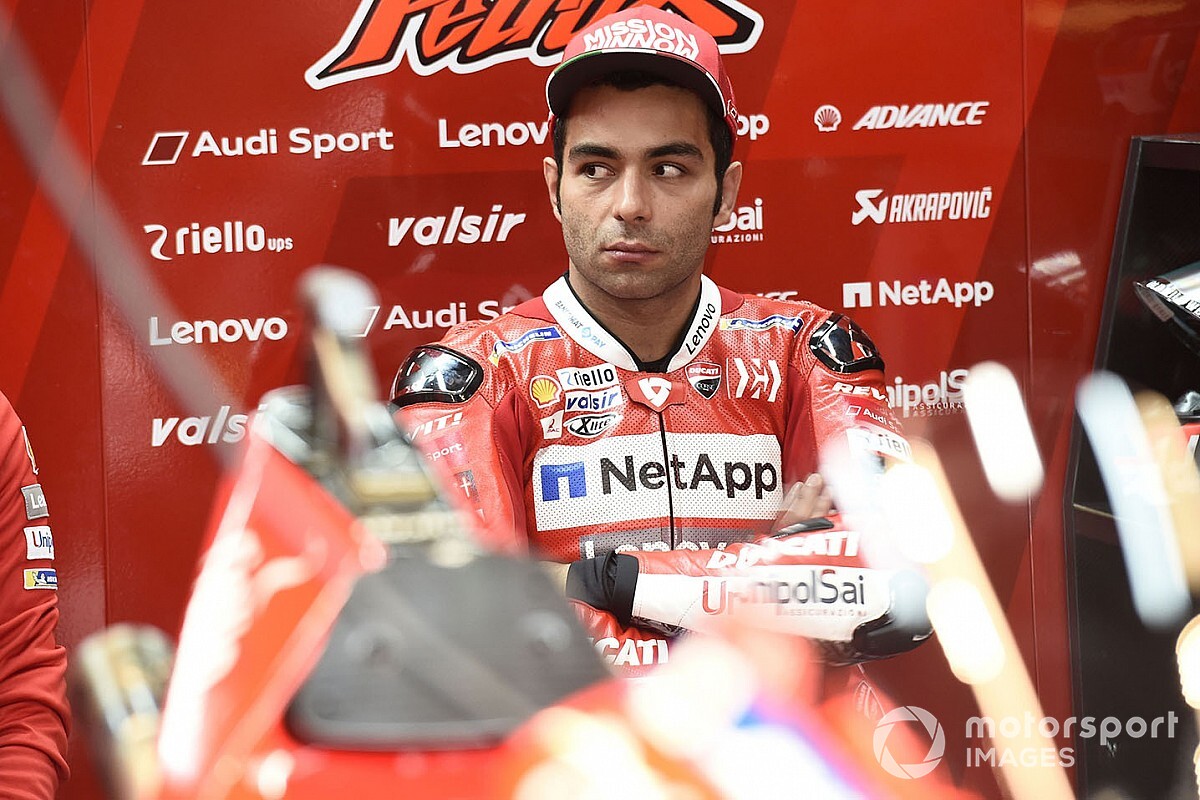 Danilo Petrucci and KTM have had a "very positive" first meeting, according to Petrucci's manager, as the outgoing Ducati MotoGP rider eyes a switch to the Austrian marque in 2021.

Petrucci confirmed recently that he would be leaving Ducati at the end of this year, with Jack Miller stepping up from Pramac to take his place, while Andrea Dovizioso looks likely to stay despite talks slowing over money.

Motorsport.com revealed two weeks a got that Pol Espargaro has agreed a deal to join the works Honda team in 2021, though a deal likely won't be signed until September owing to stipulations in the Spaniard's current contract.

Petrucci recently expressed interest in both Aprilia and KTM for 2021, with his manager Alberto Vergani confirming to Gazzetta dello Sport that he and Petrucci met with the Austrian marque on Wednesday.

"We had a nice trip to Austria," Vergani said. "It was a very positive meeting. We started talking around noon and finished after 7pm.

"We said a lot of things in those seven hours. We visited the racing department in Munderfing and the first word that comes to mind is: shocking.

"KTM is a crazy company, they sell 300,000 motorcycles. They really appreciate Danilo, who they consider a serious worked, a team member and who can win."

Vergani insists there is "no urgency" on Petrucci's part to sign a deal with KTM, and feels both parties "started off on the right foot".

"[Pit] Beirer and [Mike] Leitner will now have to report to [CEO Stefan] Pierer, who was absent, but it seems we are in good shape," he added.

"In any case, there is no urgency, neither on their part – they must unravel the Espargaro question – nor on our part.

"But they wanted to know us and I would say we started off on the right foot."

KTM recently ruled out the prospect of bringing test rider Dani Pedrosa out of retirement to replace Espargaro next year.

The Austrian marque also looks set to lose Moto2 frontrunner Jorge Martin from its ranks next year, after Motorsport.com reported that Ducati has agreed a deal to bring the Spaniard to Pramac.

Pol Espargaro: Honda and Ducati are the “dream bikes” in MotoGP