While all the Ducati runners struggled on Misano's low-grip surface last weekend, Dovizioso managing only sixth, Petrucci continued his recent run of poor form by finishing down in 10th, 18 seconds behind his teammate.

He was also running behind Ducati wildcard Michele Pirro when the test rider crashed out.

The 28-year-old is convinced this disparity was a key factor behind his lacklustre showing.

"I would have liked to do a lot more than 10th, but during the race I had the confirmation of a feeling," said Petrucci. "I think that my riding style here in Misano is penalised by my weight and, unfortunately, there is little I can do.

"I gave my all and studied everything that could be done on the bike to improve the situation. The team helped me a lot, but nothing good came of it. I managed to finish 10th and saved what could be saved."

He added: "The problem is when the bike is at full lean and we can not exploit the potential because it affects the tyre a lot. I also saw it with Pirro, who was always leaving me behind in acceleration and I didn't understand why.

"Then I saw him leave me behind even when I was using full throttle. That's a mechanical problem and there's nothing we can do about it." 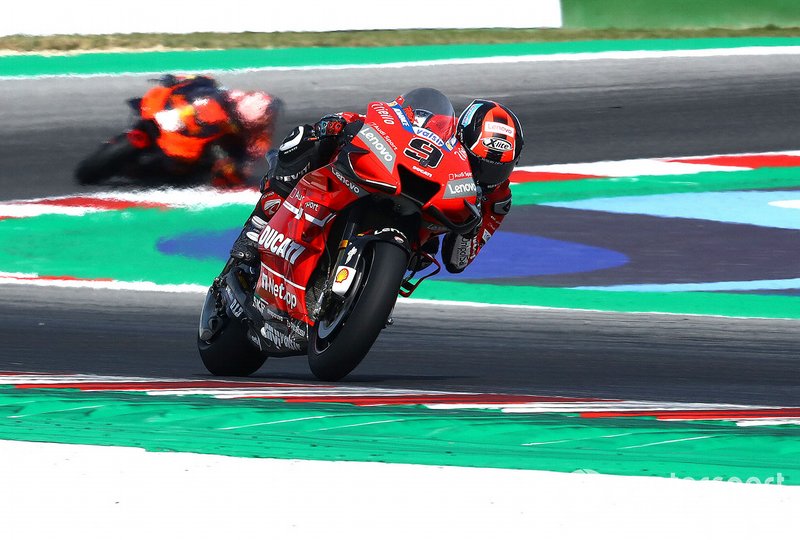 Despite only finishing 10th, Petrucci moved back up to third in the riders' standings as Suzuki rider Alex Rins, who occupied the place pre-Misano, crashed out.

But Petrucci admitted that the pace of the Yamaha riders means he is unlikely to keep hold of that position without a serious upturn in form.

"The only positive thing is that I'm third in the world championship, but it's a facade because the Yamahas are coming up quickly and they've proved to be faster than us," he said.

"In Aragon the situation will be different, but we will have to find a solution for next year. I'll be working to lose some weight, but I can't go down by 15 kilos to match Andrea."