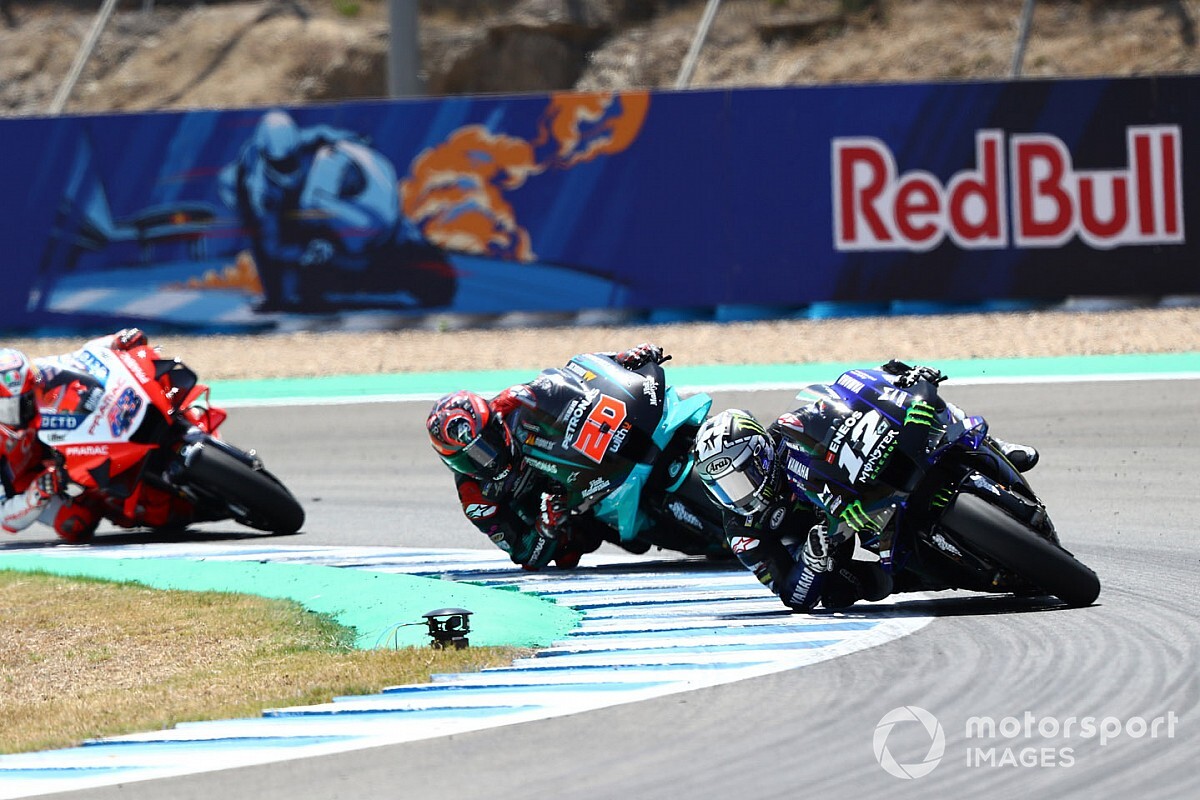 The 2020 MotoGP season kicked off in dramatic fashion at Jerez, with reigning world champion Marc Marquez breaking his arm in the Spanish Grand Prix.

The Honda rider injured his right arm in a heavy crash late in the 25 lap race, having recovered from a dramatic off early on. Marquez will undergo surgery on Tuesday, but will miss this weekend’s Andalusian GP and his hopes of a seventh MotoGP title take another blow.

Meanwhile, Fabio Quartararo backed up the form of his shock sensational rookie campaign by claiming a debut win on Sunday ahead of Maverick Vinales.