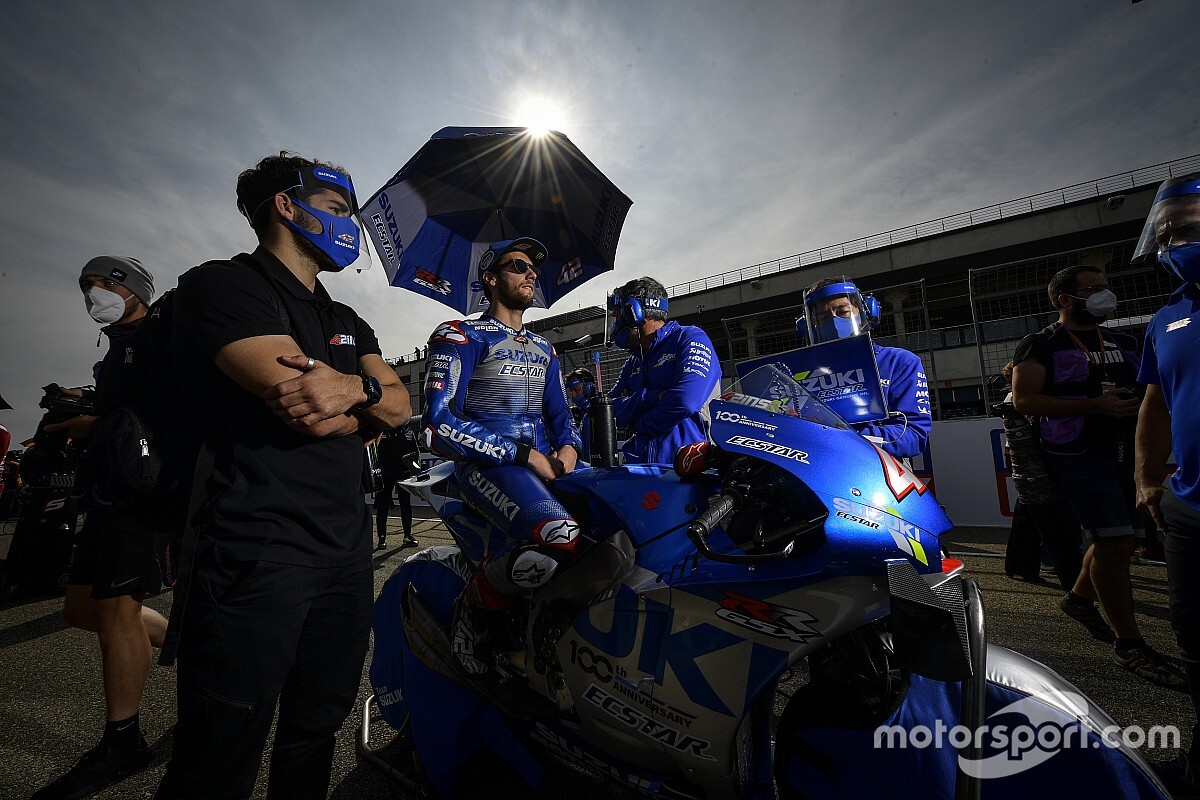 News of Brivio’s departure from Suzuki – as first reported by Motorsport.com – sent shockwaves around the MotoGP paddock, not least as it comes just a few months after he helped guide Suzuki to the 2020 world championship.

Suzuki has already confirmed it will not replace Brivio, instead favouring an internal restructure to redistribute Brivio’s former duties. In the latest edition of the Tank Slappers Podcast, Motorsport.com’s Oriol Puigdemont joins Autosport’s Lewis Duncan to discuss how Brivio’s departure will affect Suzuki and why it hasn’t opted to replace the Italian.

They also discuss the cancellation of the Sepang test due to COVID-19 and what that suggests about the coming months for MotoGP.

Andrea Dovizioso’s comments about his Ducati exit are also a topic of discussion, after the 15-time MotoGP race winner laid the blame for his exit at his fractious relationship with Ducati’s general manager Gigi Dall’Igna.