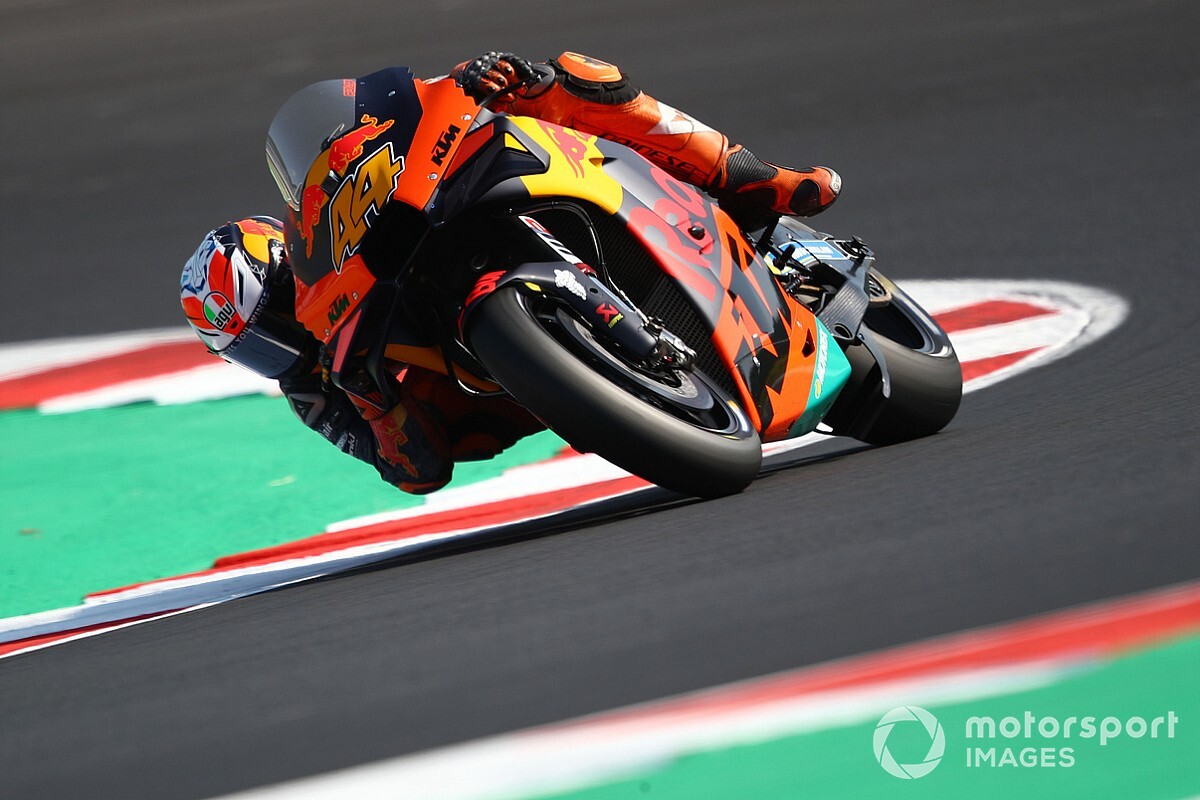 KTM’s Pol Espargaro says his crash in MotoGP FP2 at the Emilia Romagna Grand Prix was a result of being forced to run the medium front tyre that he “cannot use”.

Espargaro has typically favoured the hard front tyre on his KTM this season, but due to having an allocation of just five to get through the weekend he was forced to use the medium option.

The KTM rider says he had a “big lock-up” braking for the Turn 13 right-hander early in the second session at Misano and “needed to crash” when he ran off as the “speed was huge”.

“We have just five hard ones [front tyre] to use for the weekend, which is the one that gives me the safety to brake,” Espargaro explained. “We could use one at the end of FP1, which was very good. But then, because we need a back-up also for Sunday, we needed to use a medium front in the afternoon when the temperature is going up and I cannot use this tyre. We need to use it because we don’t have enough [hard] tyres.

“I went into [sector] three, at Turns 11, 12, 13, where normally I’m one of the fastest. But with this tyre I couldn’t hold the line, then I had a big lock-up and I needed to go straight. The speed was huge and I needed to crash.”

Espargaro walked away from the incident unscathed and ended the session fifth fastest – 0.071 seconds from KTM teammate Brad Binder in top spot.

Binder didn’t make it out of Q2 in the San Marino race and was only 12th at the chequered flag, with the South African admitting he was “quite stuck” before Friday’s Emilia Romagna running at the same track.

“I had a really good FP2,” Binder reflected. “First session we had some issues and we had a difficult time, but pretty much I had a clear idea of what I needed for FP2 to try and improve. We managed to make some good improvements and I felt a lot more comfortable on the bike in the last exit in FP2.

“All in all, that made it a lot more possible for us just to improve the lap time, because the last few days I felt quite stuck with just my feeling and I wasn’t so comfortable. So, I’m really happy to have made a good step forward with that.”