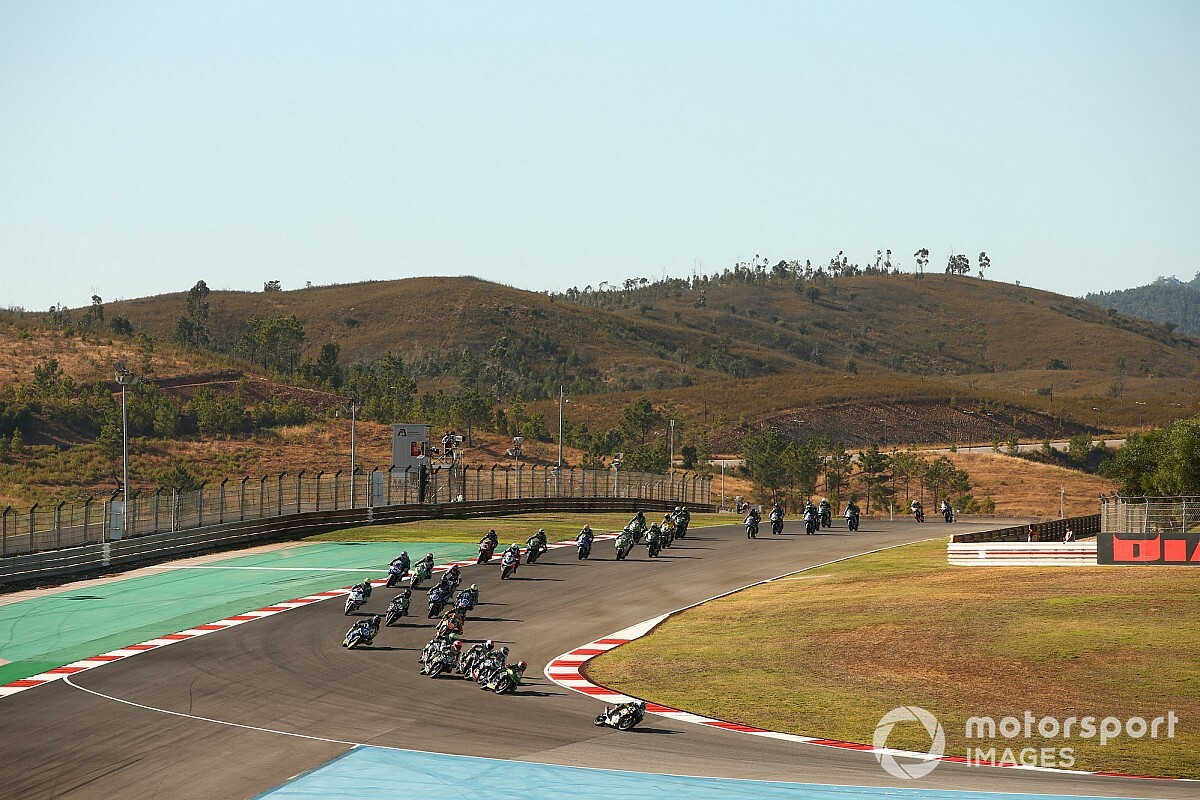 Leading MotoGP riders have reacted to the "super difficult" Algarve circuit in Portugal coming onto the 2020 calendar as the season finale.

Last week, Motorsport.com revealed that the Algarve circuit at Portimao was set to join the 2020 calendar as the 14th and final round, with Dorna confirming this on Monday.

Frequently used for the World Superbike Championship, this year will mark MotoGP's first visit to the track.

LCR Honda rider Cal Crutchlow raced at Portimao in World Supersport and WSBK in 2008, 2009 and 2010, and says on the 600cc machine "it was the best track in the world" – but on the bigger bikes "it's a completely different story".

"Well, obviously I have experience of Portimao, but it was 11 years ago now," Crutchlow said when asked about its inclusion on the calendar.

"It was amazing on a Supersport bike. It was the best track in the world. But on a Superbike and a MotoGP bike, it's a completely different story.

"I look forward to it because by all accounts they're going to be resurfacing the track, which is great. It's great that Portugal and Portimao are putting in the investment to have Formula 1 there, to have the track resurfaced and now MotoGP there.

"I don't think my experience at the track will make any difference at all, because as we know rider can learn tracks immediately.

"But it's a difficult track to learn. We look forward to going there, that's for sure. It's a great part of the world to be in."

Aprilia's Aleix Espargaro rode at Portimao on a street bike along with Alex Rins and Moto3 points leader Albert Arenas in June, and echoed Crutchlow's comments on the difficulty – while noting that the "aggressive" undulation puts circuit safety "on the limit" for MotoGP.

"I rode it with my standard Aprilia street bike and I spent the first two hours of the first day completely trying to discover the track," Espargaro said.

"[That's] never happened in my life, because normally… I remember when I raced in Argentina for the first time, after two laps I know perfectly the track, I know the reference for the braking.

"And I was on a street bike! So, I remember when I arrived there, Rins and Arenas had already ridden two days before and I was two seconds slower than them.

"I couldn't follow them, no way, through the first day. Second day I started to be faster. [It's a] very fun track. I will not say dangerous, but it's on the limit for MotoGP because the uphill and downhills are very aggressive.

"I have to say that the facilities have been one of the best places I've ever been in my career. It's unbelievable."