Pramac MotoGP boss Francesco Guidotti believes that it is "clear that something is wrong" between Andrea Dovizioso and Ducati, with the two parties still yet to agree a 2021 contract.

On the eve of the delayed MotoGP season, the long-running contract saga between Ducati and Dovizioso remains unresolved, with talks having stalled over money and unlikely to resume until after the opening rounds of the 2020 campaign.

Dovizioso's manager Simone Battistella recently suggested that Dovizioso is prepared to spend 2021 on the sidelines if he is not presented with a satisfactory offer.

Guidotti believes that the situation shows that the Ducati-Dovizioso partnership, which is entering its eighth season this year, is faltering.

"If after seven or eight years together they still need to wait for the season to start and some races to happen, it is clear that something is wrong," Guidotti told Sky Italia.

"When a couple falls out of love, it's almost always the responsibility of both parties. A lack of communication and not making things clear sometimes leads to these situations. Even so, I hope for an agreement between the two."

On the prospect of Dovizioso taking a sabbatical, he added: "I think it is risky, even knowing that history suggests that offers made while during competition are sometimes more interesting than contracts at the beginning of the season."

One of Pramac's current riders, Jack Miller, will make the step up to the factory Ducati outfit next year, effectively replacing KTM-bound Danilo Petrucci.

Francesco Bagnaia is expected to remain at Pramac next year alongside the recently-signed Jorge Martin, but Guidotti says he hopes to see Bagnaia make a strong start to the 2020 season in order to completely safeguard his place in the team.

"For Pecco, and also for us, this season is a challenge," said Guidotti. "His renewal is almost certain, but it's not done.

"We like the idea of putting pressure on him, in a good way. For this reason, we are hoping for the best possible start to the season." 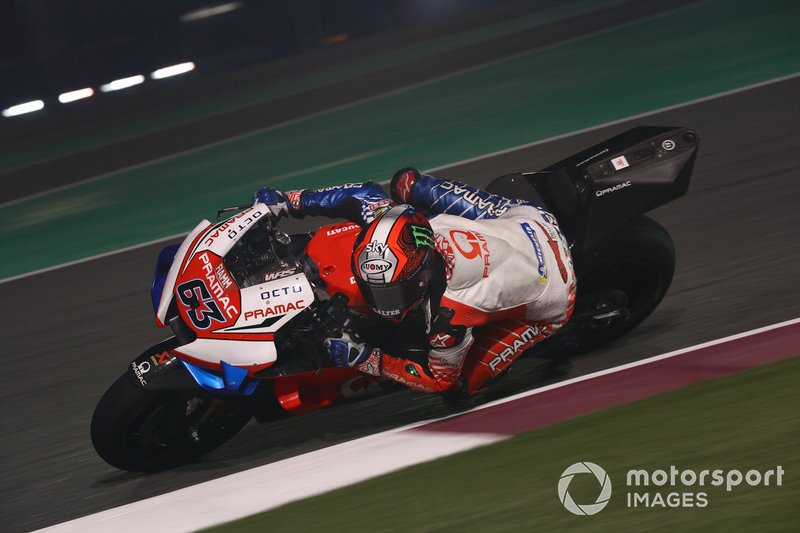