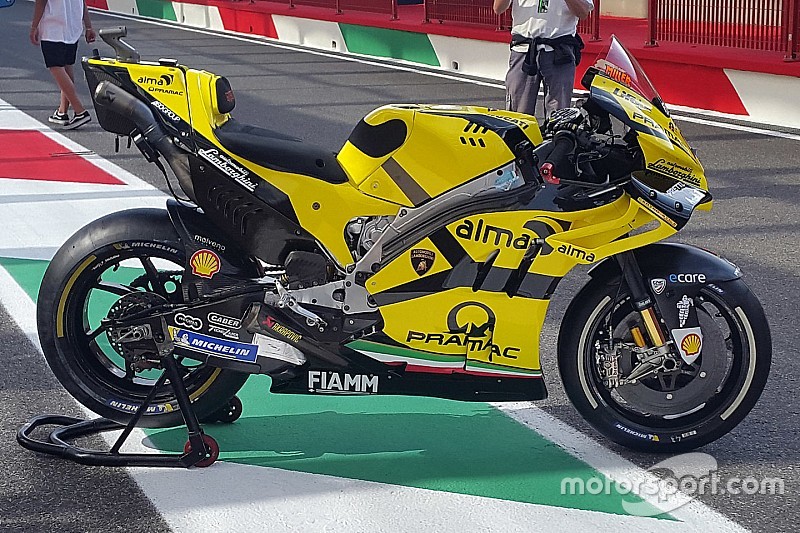 The Pramac Ducati MotoGP outfit has unveiled a special Lamborghini livery that it will race in Sunday's Italian Grand Prix.

Lamborghini will now lend its colours to the two Pramac bikes on race day in Mugello, as the team will swap its customary red, white and blue colour scheme for a yellow and black paint job.

Team personnel, including the riders, will also wear yellow and black, while both bikes will sport Lamborghini branding.

The pair have both had strong starts to 2018, finishing in the points in every race and allowing Pramac to sit third in the teams' standings, behind the works Honda and Yamaha teams.

Petrucci, who finished runner-up last time out at Le Mans, will kick off Sunday's Mugello race from fifth place on the grid, while Miller will line up two rows back in 11th.

Analysis: The other Italian who could spoil Rossi's party