Promoted: How onboard action brought MotoGP to millions

When MotoGP fans watch a race on TV, the pictures that really ignite the passion and give the clearest impression of the riders’ skills are surely the onboard camera shots.

As in F1, these have become clearer and more creative; miniaturisation has helped to put the cameras in places that help fans get closer to the racing action.

Mamola was picked out because the producers felt he was likely to be in the thick of the action. But race day was wet; Mamola excelled in those conditions, grabbed the lead and disappeared from the field. So the shots, while exciting to an audience unused to such things, were devoid of the close up action ahead that producers had hoped to see! 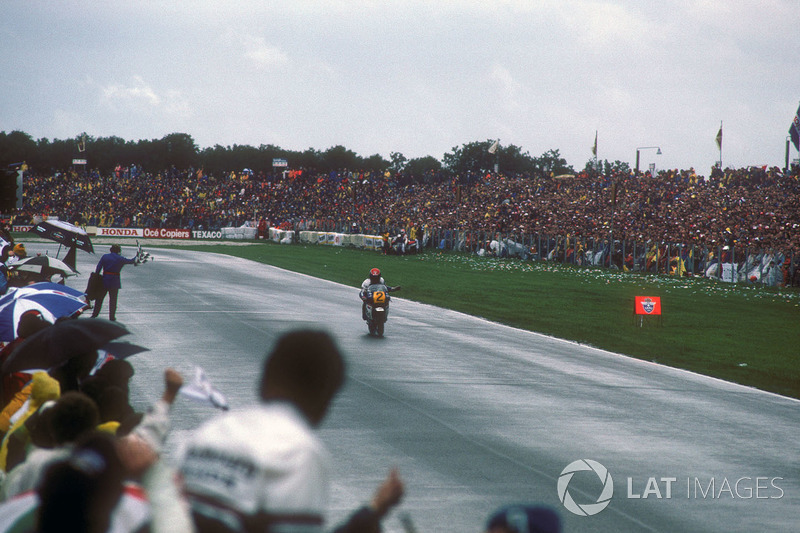 Today there are a staggering 120 onboard cameras across the classes of MotoGP and this is possible because of miniaturisation, but also because the control and adjustment of the onboard camera feeds are done remotely by Dorna in Barcelona. Using Dorna’s own in-house software and Tata Communications’ low delay fibre feeds, the switching of the 120 cameras is done by an onboard camera director thousands of miles away from the race and seamlessly inserted into the International Programme Feed.

There are also 360 cameras, with four heads, where the signals are sent back to Barcelona and stitched together for fans to enjoy an immersive viewing experience on a dedicated channel on MotoGP Live OTT platform.

Looking back on how much Moto GP onboards have progressed, Mamola says of that first race: “None of us knew what sort of footage we would get, where they would place the camera and batteries and what the shots would look like. This was groundbreaking to mount something that would work, deal with the vibrations and give images at 180mph around a race track. “

“Dorna has taken it on a thousand fold in developing this,” he adds.  “It’s 35 years since that first onboard camera and we now have this amazing set up. On MotoGP.com there is a specific channel with the onboard cameras and there is nothing like it.” 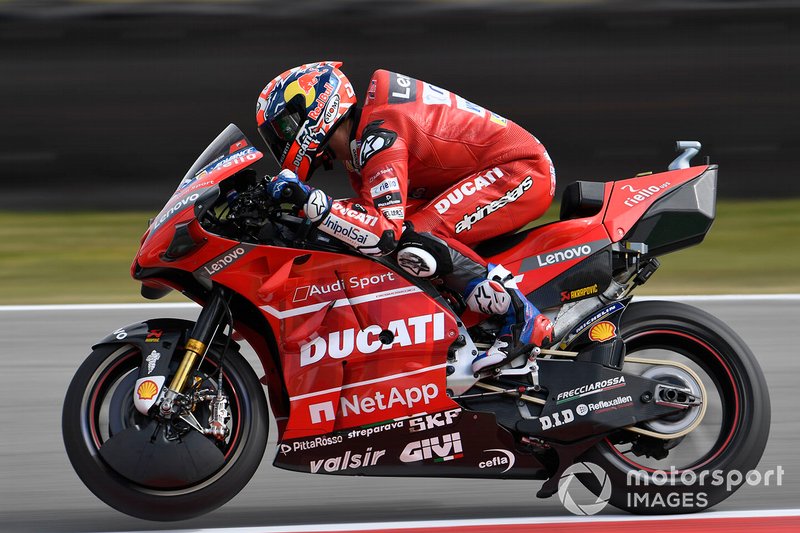 Ducati’s Andrea Dovizioso, one of the front running MotoGP riders today, says that as well as providing great entertainment for the fans, the riders can learn a lot from the onboard cameras and study the way their rivals position their bikes and react, especially in three way battles, such as the one he had with Danilo Petrucci and points leader Marc Marquez in Italy.

“I saw the onboard of Mugello the fight between me, Danilo and Marc and it was so nice because you could see a lot of details you can’t understand from the TV,” says the Italian. “You can analyse the way the riders approach the fight, when I saw that video I understood some things that it is not easy to understand at the time, especially when you are three riders fighting on the last lap and it was so exciting.”