Qatar Grand Prix poleman Jorge Martin believes he “needs something else” to be able to battle for a second MotoGP victory in Sunday’s opening round of the 2022 season.

The Spaniard scored his fifth career MotoGP pole on Saturday when he stormed to a 1m53.011s lap in qualifying at the Losail International Circuit.

It marked Martin’s second pole in Qatar, having taken a maiden qualifying success in last year’s Doha GP when he was a rookie before converting that into a first podium.

The one-time race winner believes he will be “one of the candidates” in Sunday's race, but needs to find more on his Pramac Ducati before he can consider himself a victory contender.

“The weekend wasn’t so bad,” Martin began. “It’s difficult to be constant because you are trying different set-ups, mappings also.

“So, it’s not easy to be consistent. But anyway, I think the pace is not that bad. We will be one of the candidates for tomorrow.

“I think we need something else to battle for the victory, but will be a good evening to work and to decide the tyre choice. This will be crucial for tomorrow because I think both soft and medium are working well, but they are different and we need to understand well.

“But I’m happy with the pole position and to have made back-to-back poles here.” 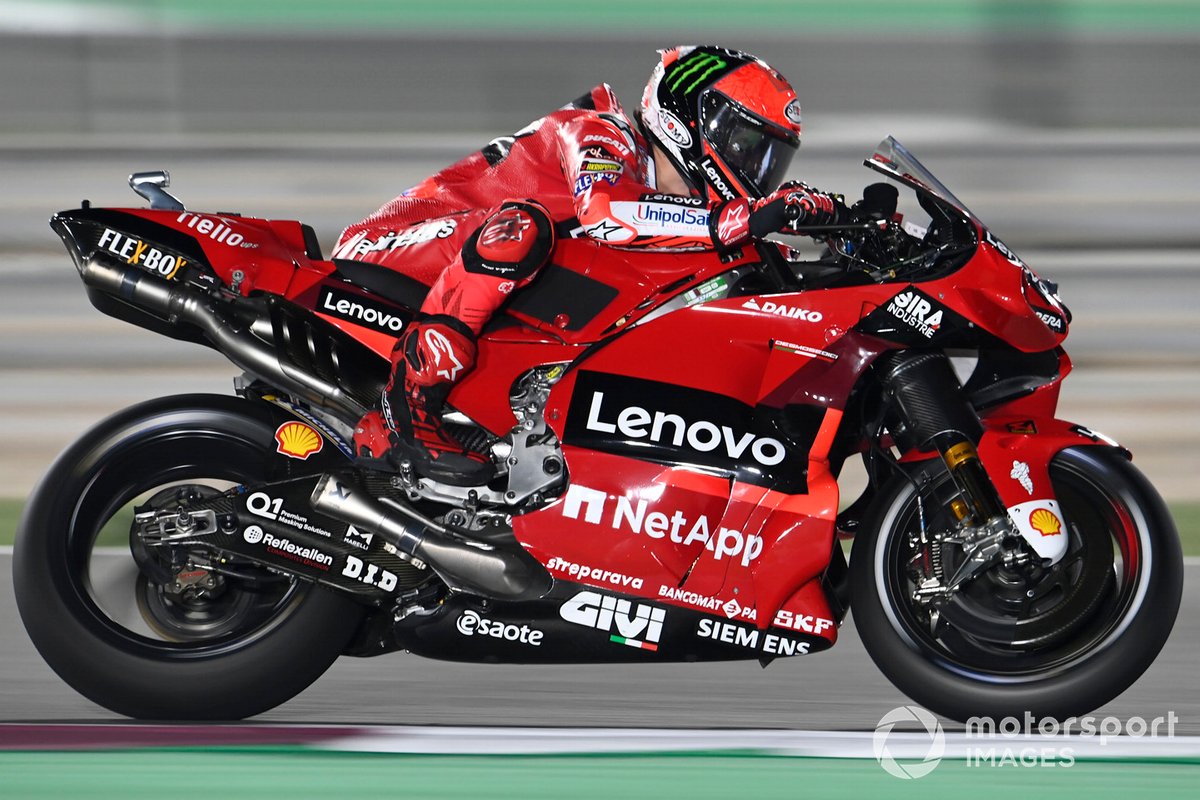 Admitting he struggled to find the limit of his bike in qualifying, Bagnaia did say he’d finally found the front-end feeling he’d been missing all winter and “feels my bike again”.

“For me, a good result tomorrow will be a top five,” Bagnaia said. “We have to be realistic and in this weekend a lot of riders are faster than me.

“But I think with the things we found today, now again I have my feeling with the bike, we can improve a lot tomorrow in the warm-up. And also, in the race, normally we find something more.

“We have to think that it’s the first weekend of the season and we don’t have to be worried, because if we worry now it’s dramatic.

“In any case I’m quite confident, quite happy with what we did today. Finally I feel my bike again and it’s great. I’m back riding my bike with my style.”

Retiring 15-time MotoGP race winner Andrea Dovizioso admits he "really didn't expect" to encounter the struggles he has in adapting to the Yamaha MotoGP bike.