Dorna boss Carmelo Ezpeleta has revealed this year's MotoGP curtain-raiser in Qatar could be moved forward an hour after riders voiced safety concerns about the current start time.

New Honda recruit Jorge Lorenzo was among those calling for the race to be moved on the final day of Qatar testing on Monday, which was marked by cool, windy conditions.

The Spaniard was one of many riders to crash that day, falling at Turn 2 at around 9pm local time when track temperatures were less than 16 degrees Celsius.

Lorenzo insisted that racing in similar conditions would be "dangerous".

"I had a big crash at the end of the night because the temperature dropped a lot," he said.

"That's why I would like to speak with the ones who decide the schedule of the race because if we can put it earlier, it would be much better for the safety of the riders.

"Hopefully we can modify this by half an hour, one hour, as much as possible because [if] we are unlucky to be racing on a very cold night, it will be dangerous."

The Qatar race is currently scheduled to commence at 8pm local time, but after having a phone conversation with Lorenzo on the subject, Ezpeleta said he was open to moving it to 7pm, as per last year.

In previous years, it had started at 9pm, but was moved as part of a major shake-up of the schedule after the 2017 race nearly had to be cancelled due to rain.

"I have talked about it with Jorge and with other riders and we have to evaluate the situation," Ezpeleta said in a press conference in Madrid on Wednesday, where Lorenzo was also present.

"At the moment there is nothing decided, but if it is in our hands to increase the safety of the riders, we will do it. If there are really dangerous conditions we will apply the change."

Any change would mean the Moto3 and Moto2 races would likely to be moved back to their 2018 times of 4pm and 5.20pm respectively. Sunset takes place at around 5.40pm. 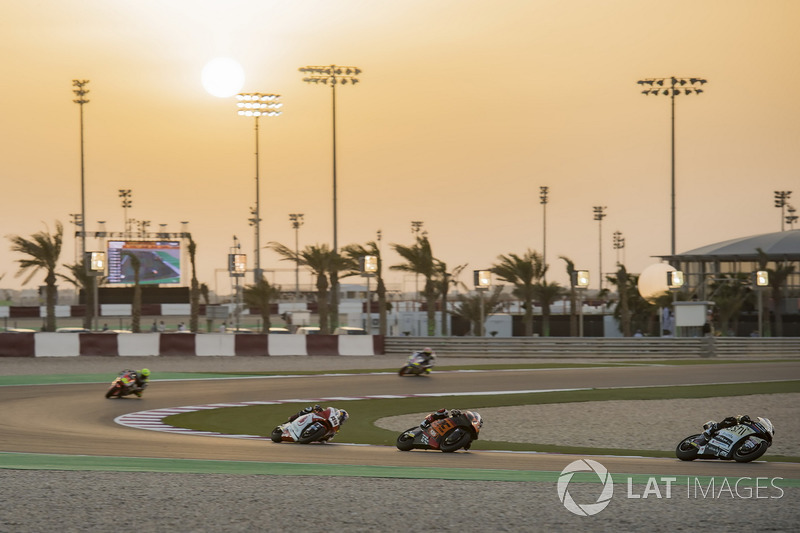 Rins: Suzuki has given me everything I asked for