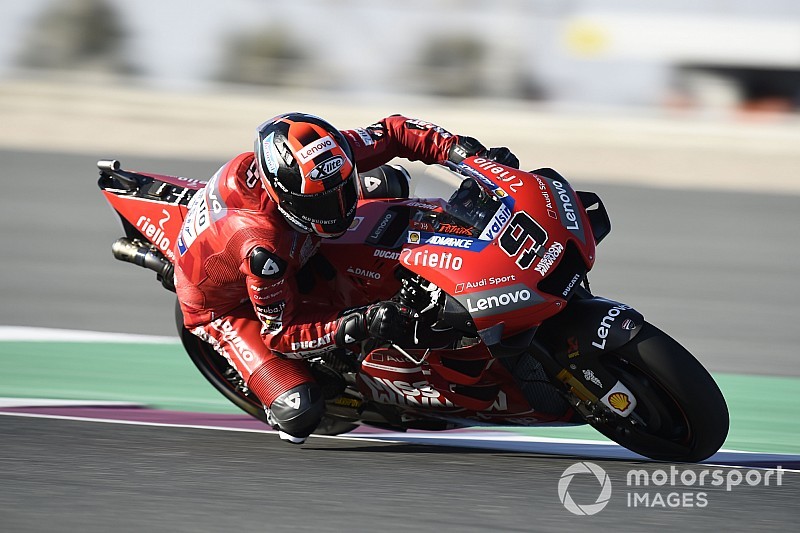 Petrucci hit the top of the times in the 20-minute session with an early lap of 1m55.464s, and then put himself beyond the reach of his rivals after improving to a 1m54.807s.

Poleman Maverick Vinales was fourth-fastest, just under three tenths off the pace on the best of the Yamahas, ahead of Franco Morbidelli's satellite Petronas SRT bike.

Valentino Rossi was 11th-fastest and 0.751s off the pace on the second works Yamaha ahead of a race he expects to be "difficult" from his starting slot of 14th.

Honda's Jorge Lorenzo, who admitted he was in "pain everywhere" following two crashes on Saturday, ended warm-up down in 20th place, 1.7s off the pace.

Qatar MotoGP - the race as it happened