Petronas SRT Yamaha's Fabio Quartararo says his victory in the Catalan Grand Prix was the "best moment of my life" and "better" than his maiden wins at Jerez in July. 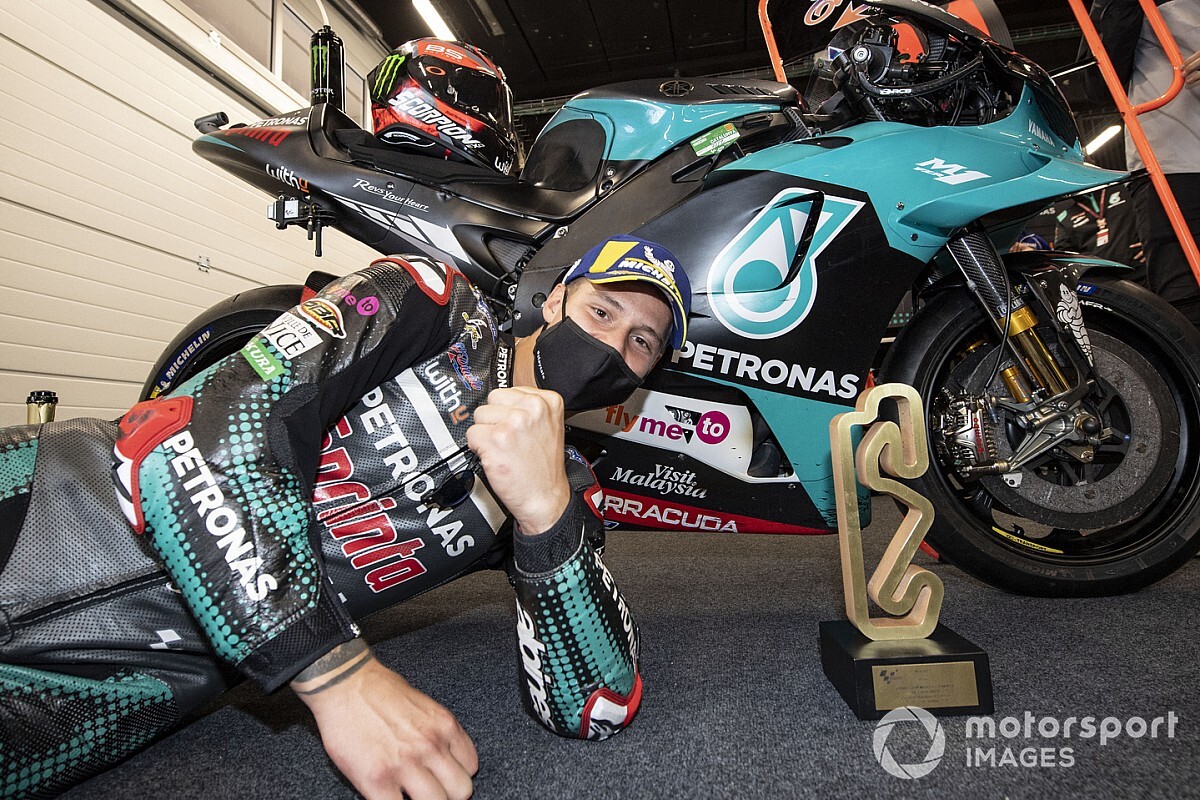 Quartararo dominated the opening rounds of the year in July at Jerez, but struggled from Brno through to the second Misano race - scoring just 33 points from five events and not registering another podium finish.

He corrected this form last Sunday at Catalunya and scored his third win of the campaign to return to the lead of the standings by eight points.

"It was the best moment of my life, honestly," Quartararo said. "Better than both Jerez [wins], because when you arrive at a good moment and you win, you expect it and you know that you're going to do it well.

"But then you have five races in a row and you are doing not so great, to arrive the victory, not just the podium, but the victory directly is amazing.

"A lot of emotions, thinking of my family who was watching me. I talked to my brother just before the start, because I went back to my office and he sent me a message.

"I was in full confidence, I was feeling great and honestly it's great to be back in front."

Quartararo labelled the first Misano race, where he knew he had to capitalise on Ducati's weak form and ended up crashing - relinquishing the championship lead to Andrea Dovizioso - as the worst point of his season so far.

"In 2020 I think it was Misano 1," Quartararo said when asked what the lowest point of his campaign had been.

"We spoke with team that, we knew that the Ducatis were not so great and we needed to make a great result and I crashed.

"So, that was one of the worst moment of my year. But also, when you make three races in a row, Austria and Brno, where we score 20 points in three races, we suffered a lot.

"So, this year we had quite a lot of moment that we struggled a lot.

"But, in the tough moments I was working hard, even harder. So, it's great to be back in front."